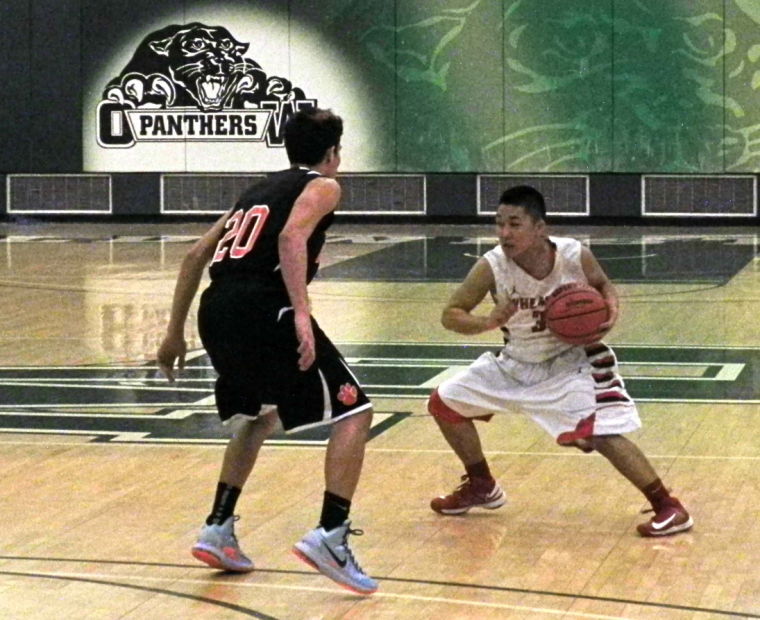 The Wheatley School varsity boys basketball team’s season came to close last week when the Wildcats fell to the Babylon Panthers, 56-55, in the Long Island Class B Championship at SUNY Old Westbury.

After trailing by as much as 10 in the final quarter, Wheatley (15-5) stormed back to take the lead in the final minute on Joshua Hyon three-pointer with 11.4 seconds left on the clock, giving Wheatley a 55-54 lead. But a driving basket by Fernando Vazquez with 5.3 seconds remaining proved to be the game-winner for Babylon, which improved to 20-3.

“There were some mistakes on the defensive end,” said Christian Hyon. “We should have known [Vazquez] was going to take it to the basket. We thought they were inbounding it and we should have collapsed on Vazquez when he drove in. It was a team mistake.”

“I give all the credit to our team,” Joshua Hyon said.  “Even though Vazquez made a tough shot in the end, we came back and did everything we could.”

Head coach for the Panthers Chris Morra said the objective of those final seconds was to get the ball to Vazquez.

“We just drew up a play that we always run and he made a phenomenal play with time running out,” Morra said.

Vazquez scored 23 points, including one from beyond the arc and six from the charity stripe.  Jake Carlock added 11, followed by Brandan Laing with nine points.

“It was a great game and unfortunately it didn’t work out at the end,” said Jim Curcio, head coach of the Wildcats.  “We knew Vazquez was going to get the ball in the end. We just couldn’t stop him.”

Curcio praised the Hyon brothers and the rest of his team, saying: “Christian runs the whole show and his brother Joshua is just a great outsider shooter . We played out hearts out today and maintained a ‘can’t give up’ attitude.”

Christian Hyon was named All County this season and was picked as the B-C conference Scholar Athlete..  Alex Israel, Andrew Tripi and Joshua Hyon were also All-Conference selections.

The Wildcats have had a successful year, particularly from long range.  The team set a new school record when they connected on 15 three-pointers in their 71-45 victory over Carle Place on Jan. 4.  Joshua Hyon tied the team record for most made three pointers in a game with six.

Another team record was the most made three pointers in a season, with over 140 and a game to be played.

“The success of our team can be attributed to the dedication and commitment by each player to work hard in practice and understand the importance of what it is to be on a team – we support each other both on and off the court,” Curcio said.