Through fog and heat, Williston Park residents came out on Wednesday to show pride in their nation, and local community, at the annual Independence Day parade. 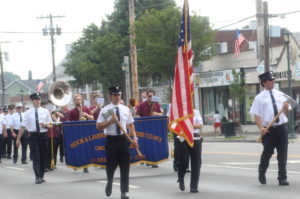 It’s tradition for the outgoing Williston Park fire chief to serve as the parade’s grand marshall, and this year it was Sais’ turn.

It was Sais’ 14th year marching in the parade; he’s participated every year he was a member of the department, he said. 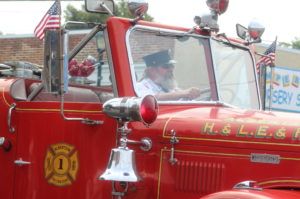 Lined up on both sides of Hillside Avenue, residents donning red, white and blue, watched as participants marched along the route.

Members of the village board, along with state Sen. Elaine Phillips and Nassau County Legislature Presiding Officer Richard Nicolello also marched in the parade.

Phillips said it was an honor to march in the Williston Park parade, and thanked Fire Chief John Perro and the department for inviting her.

“Independence Day is a time to enjoy quality time with family, but it is also a time to reflect on the freedoms and liberties we have as Americans and remember the sacrifices that make them possible,” Phillips said.

Sais said the parade reminds people that there are volunteers all throughout the town serving them. 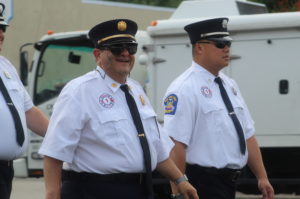 “And it’s just a nice way to [spend] the fourth for everyone in town, whoever is around to come march in the parade,” Sais said.