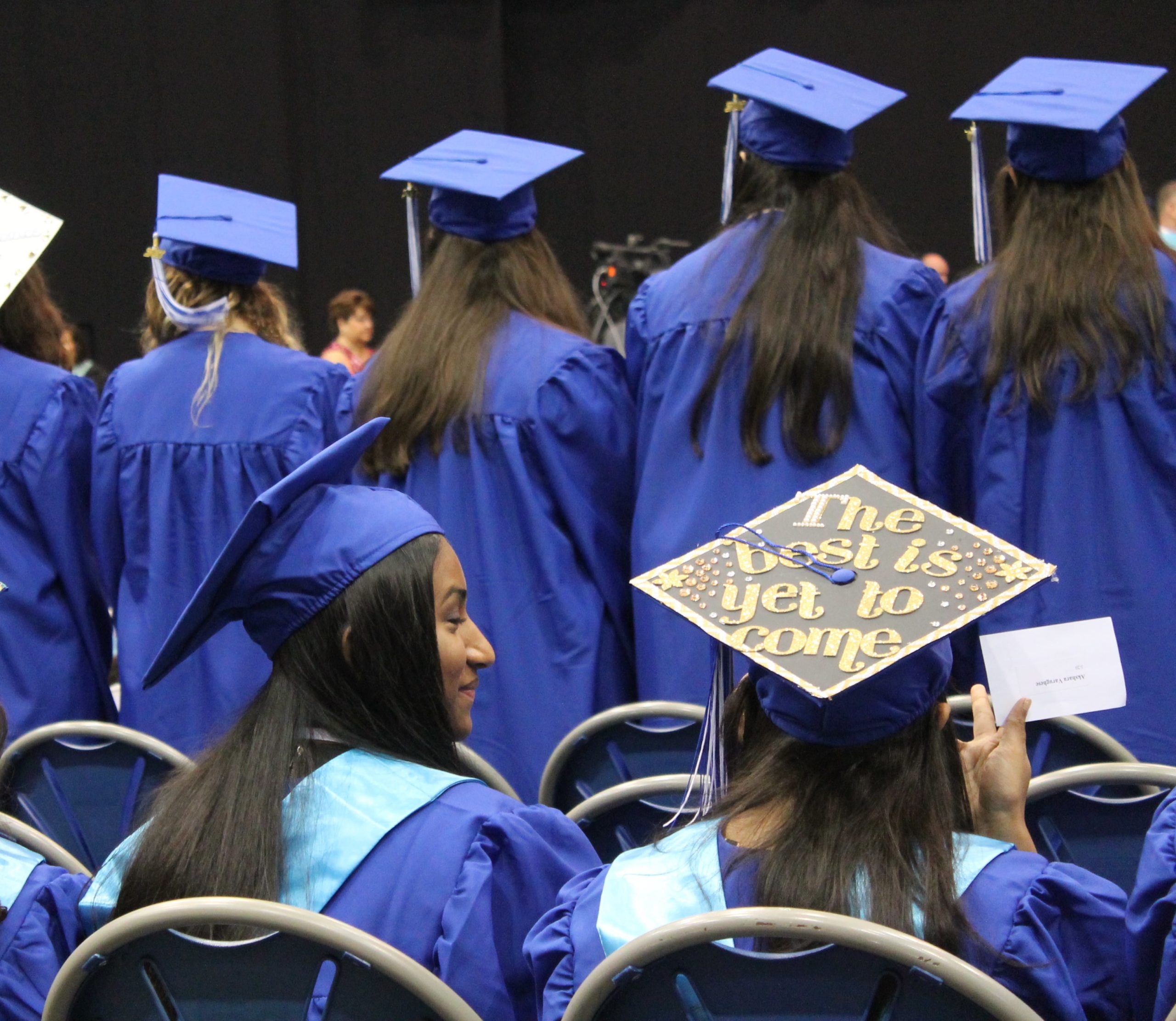 There are some things Sam Kooran, the class salutatorian, said he wouldn’t miss, like the “mysterious” cafeteria meatloaf or the smells of the boys bathroom.

But in addition to their close friends, there are plenty of people the graduates will miss, Weihs said, such as the acquaintances they rarely see outside of school, or the student who cracks the funniest jokes in class.

“There is so much to miss at our school, which I guess goes to show how lucky we are to go back to a school that makes it so hard to say goodbye,” Weihs told the 264 other graduates at Sunday’s commencement ceremony at Hofstra University.

While it will be hard to leave that second home behind, the graduates encouraged each other to move into the future to continue the hard work they started in high school.

But they also stressed the importance of maintaining the strong relationships they formed as New Hyde Park students, even as they go away to many different colleges.

“We’re in a situation where we have to move forward,” Kooran said. “We have to be able to make the decisions we need to reach our dreams and find success.”

By Weihs’ count, the graduates spent 7,644 hours together at New Hyde Park Memorial over their six years at the school.

As he was preparing to give his speech, Kooran realized how quickly those years passed, he said.

That showed him how important it is not to waste time, despite how easy it can be to dwell on memories of the past, he said.

“If we invest the time rather than wasting it to look back on opportunities missed, you know, all will be just fine,” Kooran said.

Richard Faccio, the school’s principal, told the graduates to pursue their passions with the same vigor that they had shown at New Hyde Park Memorial.

Karen Alexander, the class president, borrowed a phrase from the athletic shoe company Nike: “just do it,” despite any discouragement from others.

“I can stand up here and tell you the future is yours, but there’s only truth to my words if you take action towards it,” Alexander said.

Rena Fukuda, the class valedictorian, told her classmates to prioritize their own happiness.

As important as security and success are, Fukuda said, happiness shouldn’t be sacrificed for their sake.

Roslyn graduates ready for next step