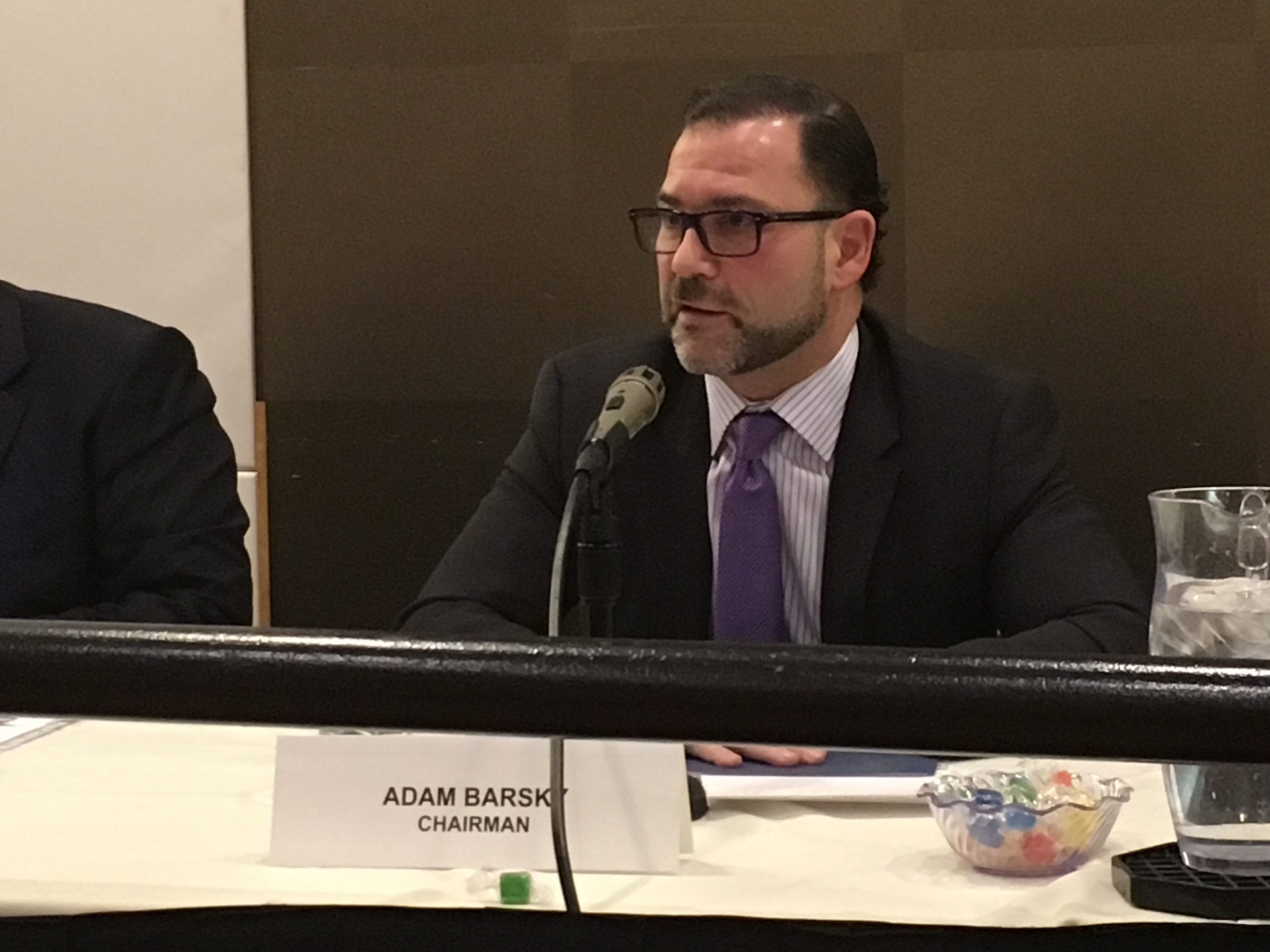 The Nassau County Interim Finance Authority approved only about half of the $74.4 million proposed borrowing by the county for capital projects at a meeting last week, citing a lack of contract approvals by NIFA staff.

NIFA, a state agency overseeing Nassau’s finances since 2000 due to the county’s debt crisis, signed off on $77 million worth of bonds but just shy of $36.77 million of the bond anticipation notes.

Jeremy Wise, counsel for NIFA, said the agency has had a long-standing policy that when it comes to proposals to be bonded, the contracts had to be approved by the Nassau County Legislature and NIFA staff.

“The reason that we’ve had this policy is that, in theory, the county could borrow money and NIFA could turn down a contract,” Wise said.

Raymond Orlando, the deputy county executive for finance, said about $27 million of the unapproved borrowing would have gone toward road resurfacing, and not just be “sitting” around.

While he understood the policy, Orlando said that one could argue for approving the bonding first and the contracts second, since they would be coming in shortly.

“I think that the taxpayers and residents of the county would be best served by voting to approve the entire amount of borrowing, which we will be able to spend and the contracts will be forthcoming to you in the next week to 10 days,” Orlando said.

Orlando told Newsday after the meeting that county officials were only informed of the contract issue two hours before the meeting.

Adam Barsky, the NIFA chairman, said the county had an additional month to “clean up any issues in preparation for this” and described the denial as “tough love.”

NIFA also suggested that the county use existing funds to cover the projects and be reimbursed later.

Among the authorized borrowing is $6.68 million for the Nassau County police academy and about $3.4 million for police fleet vehicle replacements.