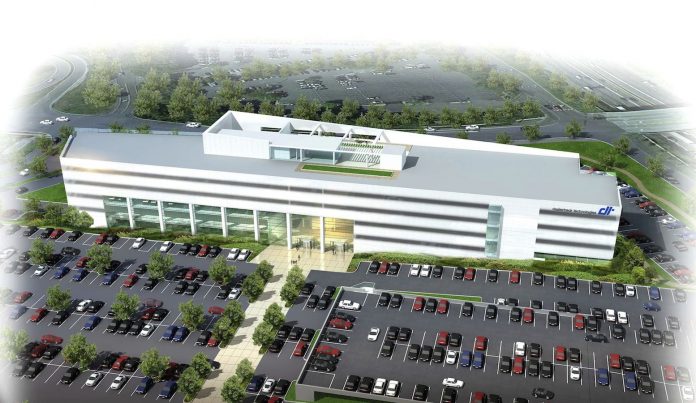 A dozen residents from the Gates Community in North Hills expressed concern on Wednesday about potential traffic congestion that they said may result from the incoming Dealertrack Technologies office building, North Hills Mayor Marvin Natiss said.

“They’re concerned about the volume of traffic and requested a further traffic study from the county,” Natiss said.

The concerns were raised at the North Hills Board of Trustees meeting, where Natiss told the residents that Nassau County will conduct a traffic study once “everything is in place” with the building, he said.

The county doesn’t want to do a study now and find it underestimated the volume of traffic, he added.

The Dealertrack building at the corner of New Hyde Park Road and the South Service Road will be finished on July 1, said Robert E. Kent, the vice president and general counsel at Tritec Real Estate Company, which owns the building along with Castagna Realty.

“I’m not aware of any traffic concerns,” Kent said. “None have been raised to us at all.”

Kent said the building approval process with state, county, town and village entities included traffic mitigation measures, all of which the company incorporated into its plans.

Measures taken by Tritec to alleviate potential traffic congestion included a reduction of parking lot entrance/exit points from three to two as well as the installment of a deceleration lane on the South Service Road and a right turn lane on New Hyde Park Road.

Kent said the four floor, 233,000 square foot building has been under construction since the end of 2014 or the beginning of 2015.

“We definitely want to be a good neighbor,” Kent said. “We have taken steps to make this a functional building that enhances the area and makes North Hills a great place to work.”

Dealertrack, which provides software services to automotive retailers, was founded in Garden City in 2001 and moved to Melville later that year. In 2005, the company moved to its current Lake Success location at 1111 Marcus Avenue.

In 2014, the Nassau County Industrial Development Agency approved tax breaks for the building project that included up to $1 million in mortgage tax exemptions and more than $5.7 million in sales tax exemptions, as well as a 19-year payment-in-lieu-of-taxes agreement that would hold real estate taxes constant for 12 years before allowing increases in the remaining seven years.

Dealertrack was also awarded $12 million in tax breaks and grants from the Empire State Development, the state economic development agency.

Referring to the North Hills residents who expressed traffic concerns, Kent said, “I don’t know why there are complaints about traffic when the building is empty. I don’t know how you can complain about something that hasn’t occurred yet.”

Home prices in Nassau up 2 percent
Next Article