North Shore Action will be sponsoring “Suicide Town Hall: Hope and Healing,” a suicide prevention forum, at the Great Neck Library on Nov. 14 at 7 p.m., in hopes of saving lives and addressing mental health issues.

Jacqueline Harounian, a family law attorney who will moderate the event, said that Great Neck seems to be a more conservative community reluctant to seek mental health help. There have also been “a number of suicides and overdoses” with young men in their 20s, she said.

Harounian said that this, combined with her volunteer work at the Long Island Crisis Center where she is now a board member, sparked the idea for the forum.

“I just thought it’s an issue that’s important to present to the community,” Harounian said on Thursday.

The panel currently features five confirmed panelists, according to an event flyer, and will feature presentations, panel discussion and a question and answer session.

Gould, a Great Neck resident, is a professor of epidemiology in psychiatry at Columbia University Medical Center and a research scientist at the New York State Psychiatric Institute, where she leads the Community Suicide Prevention Group. Much of her research has focused on suicide prevention.

Bakhchi, a clinical psychologist from Great Neck, brings experience in treating stress, anxiety and depression in people ranging from police to people with eating disorders. She also speaks Farsi.

Sills is the second vice president of NAMI Queens/Nassau, an affiliate of the National Alliance on Mental Illness, a grassroots organization which offers educational programs, support groups and resources for those suffering from mental illness.

Buhse is the director of the Long Island Crisis Center, a non-profit offering a 24-hour suicide hotlines, counselor services and other services for Long Islanders in crisis.

Harounian said many others have been invited too, including Maria Cuadra, the CEO of the Great Neck Plaza-based COPAY Inc., and representatives from OnTrack, which will bring referrals and resources to the event.

A separate forum more specific to LGBT issues is also “in formation,” Harounian said, and likely to be presented sometime this fall in partnership with community members.

“We’re going to be following this forum up with another one, again related to mental health, bullying, and linked to suicide,” Harounian said.

This follows an incident at the Great Neck AutoFest and Street Fair where two women appeared hostile to the idea of transgender people in Great Neck, which sparked both conversation and backlash on social media. 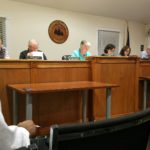 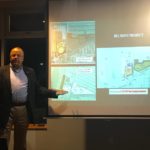