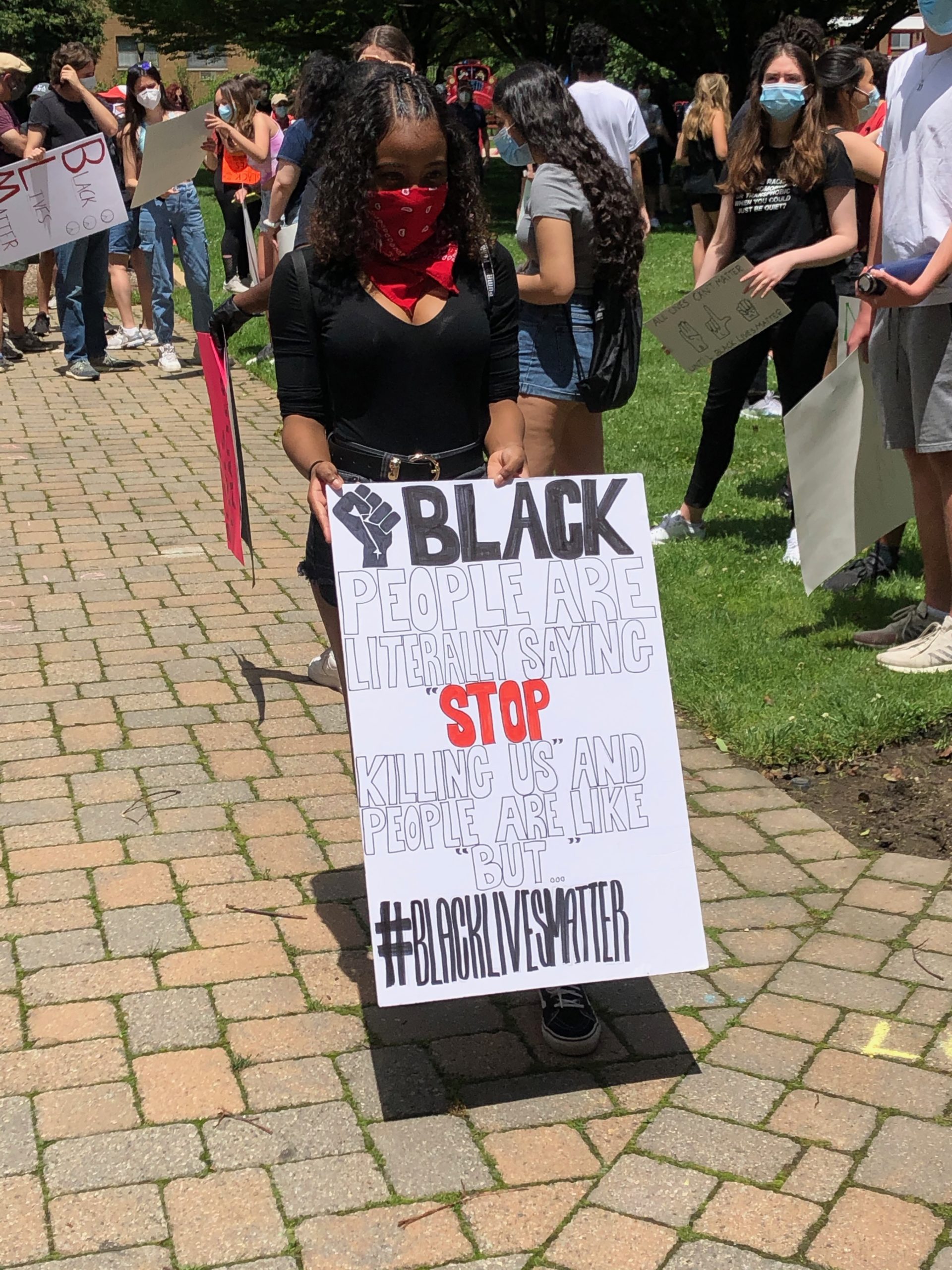 Peaceful protests and marches have occurred throughout several North Shore communities to combat institutionalized racism in the aftermath of the killing of George Floyd in late May. (Photo by Robert Pelaez)

Communities throughout the North Shore continued to hold peaceful protests and marches to put an end to institutionalized racism in the aftermath of the killing of George Floyd.

In New Hyde Park, employees of Northwell Health’s Long Island Jewish Medical Center gathered on the hospital’s front lawn and knelt in solidarity for eight minutes and 46 seconds on Friday.

A protest in Great Neck drew hundreds of people on Sunday, and other demonstrations have been held in Manhasset, Mineola and outside the Nassau County Legislative Building.

Dr. Thomas McGinn, senior vice president and deputy physician-in-chief at Northwell Health, addressed the hundreds gathered at LIJ, many of whom held signs with messages like “White Coats for Black Lives.”

“To watch George Floyd die at the knee of a police officer was just too much,” McGinn said. “There is zero tolerance for racism anywhere at Northwell Health. Our leadership team is here to support you on this.”

Floyd, a black man, was arrested on May 25 by Minneapolis police officers after a deli employee contacted authorities, accusing him of buying cigarettes with a counterfeit $20 bill, according to news reports.

A viral video showed Minneapolis Police Officer Derek Chauvin holding his knee on Floyd’s neck. A criminal complaint from the Hennepin County attorney’s office said, “The defendant had his knee on Mr. Floyd’s neck for 8 minutes and 46 seconds in total. Two minutes and 53 seconds of this was after Mr. Floyd was non-responsive.”

Chauvin, who is white, was initially charged with third-degree murder until his charge was updated to second-degree murder and manslaughter, according to news reports. He was one of four officers fired from the Police Department due to the incident.

The complaint said three factors contributed to Floyd’s death, “The combined effects of Mr. Floyd being restrained by the police, his underlying health conditions and any potential intoxicants in his system likely contributed to his death.”

Three other Minneapolis police officers who were present at the scene of the arrest were also charged with aiding and abetting second-degree murder, according to news reports.

Dr. Jennifer Mieres, senior vice president, chief diversity and inclusion officer at Northwell Health and overseer of the health system’s Center for Equity of Care, also spoke to the mass of employees, comparing racism to cancer.

“When George Floyd was murdered, you saw the outrage,” Mieres said. “The entire Northwell community started reaching out, saying, ‘We’ve just survived COVID-19, what are we going to do about this?’ This is near and dear to our hearts. This is part of our journey to equity. What you saw today was our continued commitment to eliminate racism.”

Hundreds went to Great Neck’s Jonathan L. Ielpi Firefighters Park on Sunday to peacefully protest and march throug the main streets. The event was organized by a group of seven students that initially planned on making signs and peacefully protesting themselves.

“Great Neck has not failed us, our Great Neck families, our town and our schools have not failed us, but there is much work to do,” Erica Hill, a former student of the Great Neck Public Schools, said. “Right now, our constitutional rights are being stripped and there are police officers committing crimes against the very people they are paid to protect and serve.”

Nassau County Executive Laura Curran and Police Commissioner Patrick Ryder issued a joint statement regarding the relationship between law enforcement and the people they protect and serve.

“Nassau is committed to community policing because it works. Building trust works, and we always strive to do better,” the statement said. “We’ll continue to build bridges between law enforcement and the communities we serve and use this tragic moment to renew and strengthen engagement and understanding.”

Nassau County District Attorney Madeline Singas issued a statement on the death of Floyd and how she and her other law enforcement officials will continue to strive and listen to the community’s concerns.

“I believe that this is an important moment to listen to those voices in our community calling for change, to reflect on how we can improve, and to affirm our commitment to do better,” Singas said. “I wanted to share with you what action we’re taking in the District Attorney’s office, how we are working with our law enforcement partners to better serve the public, to announce my support for legislation pending to promote trust and accountability and to remind every Nassau resident that our doors and our hearts are open to all those we serve. Please continue to share your ideas with me. I’m listening.”

State Sen. Anna Kaplan (D-Great Neck) called for the repealing of section 50-a of the civil service law relating to personnel records of police officers, firefighters and correction officers.

50-a is a section of the New York Civil Rights Law that deems the “personnel records” of police officers, firefighters and correction officers “confidential and not subject to inspection or review” without permission from that officer.

This became pertinent in the killing of Floyd when it was revealed that Chauvin had 18 prior complaints filed against him with the Minneapolis Police Department’s Internal Affairs, according to news reports.

“With tensions in many communities beyond the breaking point, now is the time to take meaningful steps to develop a durable relationship of trust between law enforcement and the communities they serve, and the only way we do that is by being open and honest with each other,” Kaplan said. “I believe by repealing 50-a, we are taking that first step together towards a safer community for everyone.”

The law was repealed by the state Senate on Wednesday with a vote of 40-22 in favor of repealing the law. 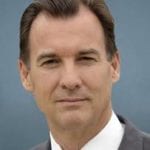 Editorial: Suozzi for Congress
Next Article