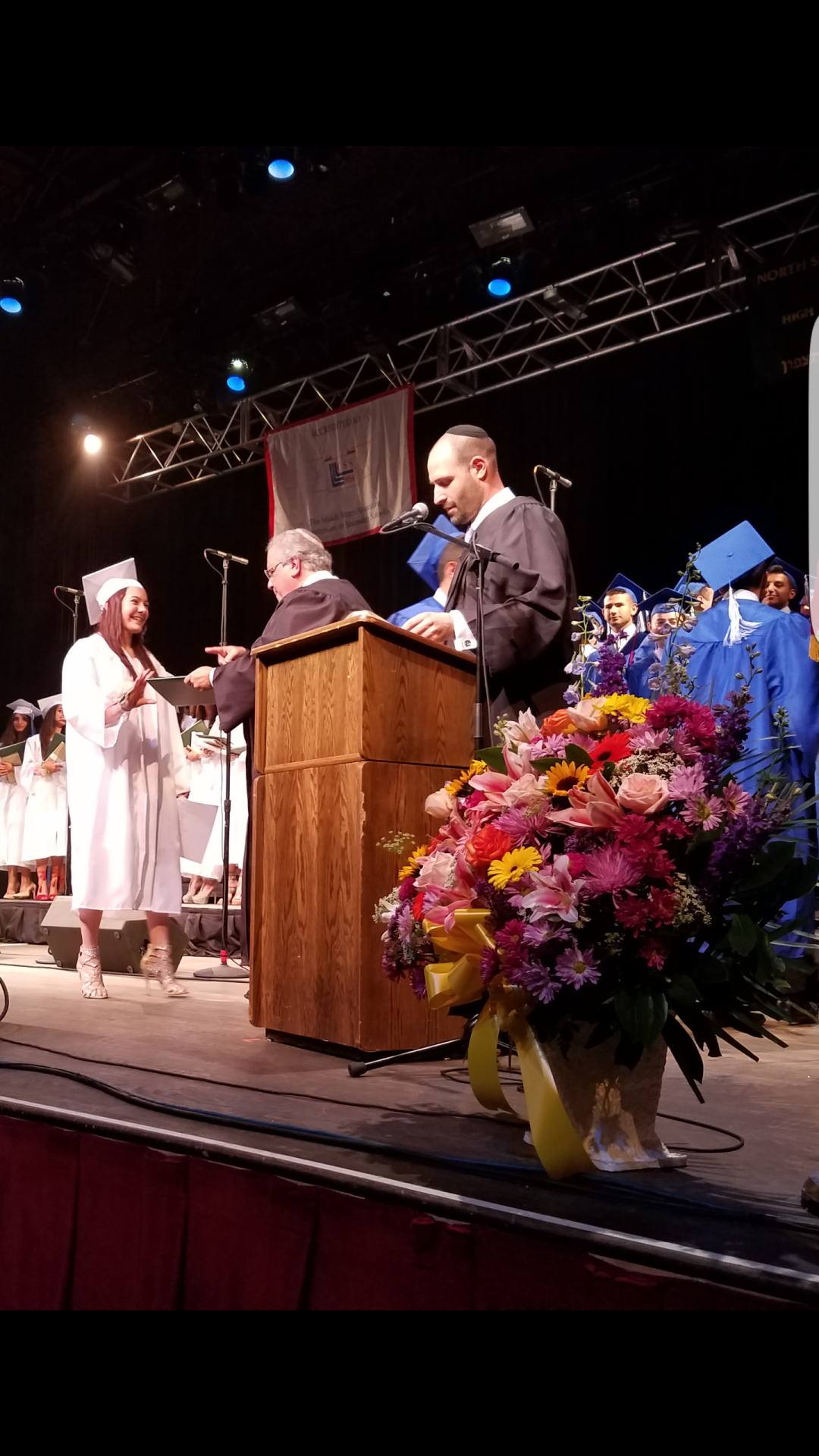 Sixty-eight graduating seniors at North Shore Hebrew Academy were reminded at a commencement ceremony on Tuesday, June 7, of the importance of community, tradition and making choices that they can live by.

In an  intimate ceremony at the Space in Westbury, Rabbi Noam Weinberg, the principal of Judaic studies, said: “In the Jewish tradition, the idea of choice is something that we do not take for granted. Rather, it is the cornerstone of our belief system.”

He added that respect for self, for others and for tradition act as the backdrop for substantive learning  at the Orthodox yeshiva in Great Neck.

Citing the philosophies of   Rabbi Joseph B. Soloveitchik, a noted figure of Jewish Orthodoxy in 20th-century America, Weinberg said, “Choice demands of man…”

“May Hashem [God] always give you the strength to remain committed to your values and upbringing, and to bring Nachat [pride] to you” Weinberg said, adding that he hopes they remain receptive to the strength given by God, while being guided by Halacha, or Jewish law.

This year marks the 13th graduation class from the secondary school, which the school headmaster,  Daniel J. Vitow, said is a number of particular significance in Judaism.

“That means you’re our bar mitzvah class,” he said.

“While most people think of Torah readings, parties and speeches, when hearing ‘bar mitzvah,’” the number 13, he said, is actually tied to responsibility, and the transition from childhood into adulthood in Jewish tradition.

“[It’s] accepting the burden of the kingdom of heaven,” Vitow said.

Vitow said that when reciting kriyat shema, or evening prayer, “we recognize all the demands that God makes for us,” adding that the Jewish day actually begins at night.

“Our lives are not lives of leisure, but of responsibility,” he said.

The valedictorian, Shaina Arjang, said she felt “truly humbled” by the opportunity to represent the 2016 graduates of the academy.

“Tonight marks a very significant transition,’’ she said,  drawing upon books that she had read,  the people that influenced her and the grade lessons that molded her across four years at the school.

“My thoughts crystallized into three themes,” said  Arjang, referring to  risks, relationships and making the most of opportunities.

Arjang urged her peers to take sensible risks, because she said she believes in order to be successful adults, they should not be afraid to fail sometimes.

She added however, that nothing can be done properly without help from “close, loyal relationships.”

Part of oral Jewish law dealing with ethics and interpersonal relationships says “assume for yourself a master, acquire yourself a friend, and judge every man to the side of merit,” she said.

She said that this implies that true friendship does not necessarily come naturally, but must be invested in,  to build strong bonds and to grow as individuals.

A 12th-century rabbi, commenting  on this oral law, said that “true friends learn with one another, and save one another when deviating on the wrong path, and are open to giving criticism, and there to give advice to motivate,” she said.

“Time passes in the blink of an eye, so we must always learn to be productive,” she said, adding that she and her peers should use their creativity to make an impact on the world.

“‘Our goal should be to live a life in radical amazement,’” Arjang said, referring to Abraham Joshua Heschel, a 20th-century Polish-born American rabbi.

“Look at the world in a way that takes nothing for granted,” said Arjang, who intends to spend a gap year at a seminary in Israel and will then continue on to the S. Daniel Abraham Honors Program at Stern College for Women.

Raya Hakakian, a student speaker, said: “Strength in numbers? Who needs it?”

Alluding to academic achievements, she said,  “While our numbers say one thing, the truth is, we are anything but small.”

Faint sounds of glass breaking permeated the aisles, followed by a communal “mazel tov,” in a spirit of celebration.

A graduating senior, Shayna Doretsky, said during an intermission that she plans to spend one year in Israel doing community service working with orphans before continuing her studies in accounting at the Stern School of Business.

“I consider myself a privileged student” Doretsky said, as her reasoning for community service.

Pam Goldman, a Roslyn resident who is PTA co-president,  said her son Max is her first child to graduate from the Hebrew academy.

“I am ridiculously proud of all the students in this class,” Goldman said.  “They’re joyful and hardworking, we’re just so proud of them, and they deserve all of the best of luck in their future endeavors.”

“I didn’t expect to feel so emotional at my son’s graduation,” she said.

Alyssa Levy, assistant to  Vitow, said during intermission that the school fosters an environment where students  want  to learn more.

The program, she said, consists of 10 daily courses, all spiritually  integrated, which helps students learn about “community and helping others.”

“They are all looking for more, they want to do more for the community,”  Levy said.

Levy said that a former student, Rachelle David, is attending  the United States Military Academy as its first ever female graduate of an Orthodox yeshiva.

Vitow said that North Shore Hebrew Academy has an annual enrollment of nearly 400 students, and that it’s unique because it caters to 14  communities across the state, resulting in a diverse student body.

He added that the far stretches of Long Island’s north and south shores, as well as  boroughs like Brooklyn and Queens feed into the school.

Vitow said that he believes extracurricular activities are “motivational tools,” adding that approximately 20 percent of his students end up in Ivy league or “extremely competitive” colleges.

“We would have more by the way, but due to the economy, families are financially conscious,” he said. 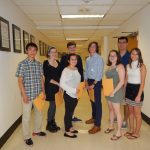 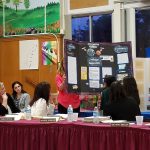