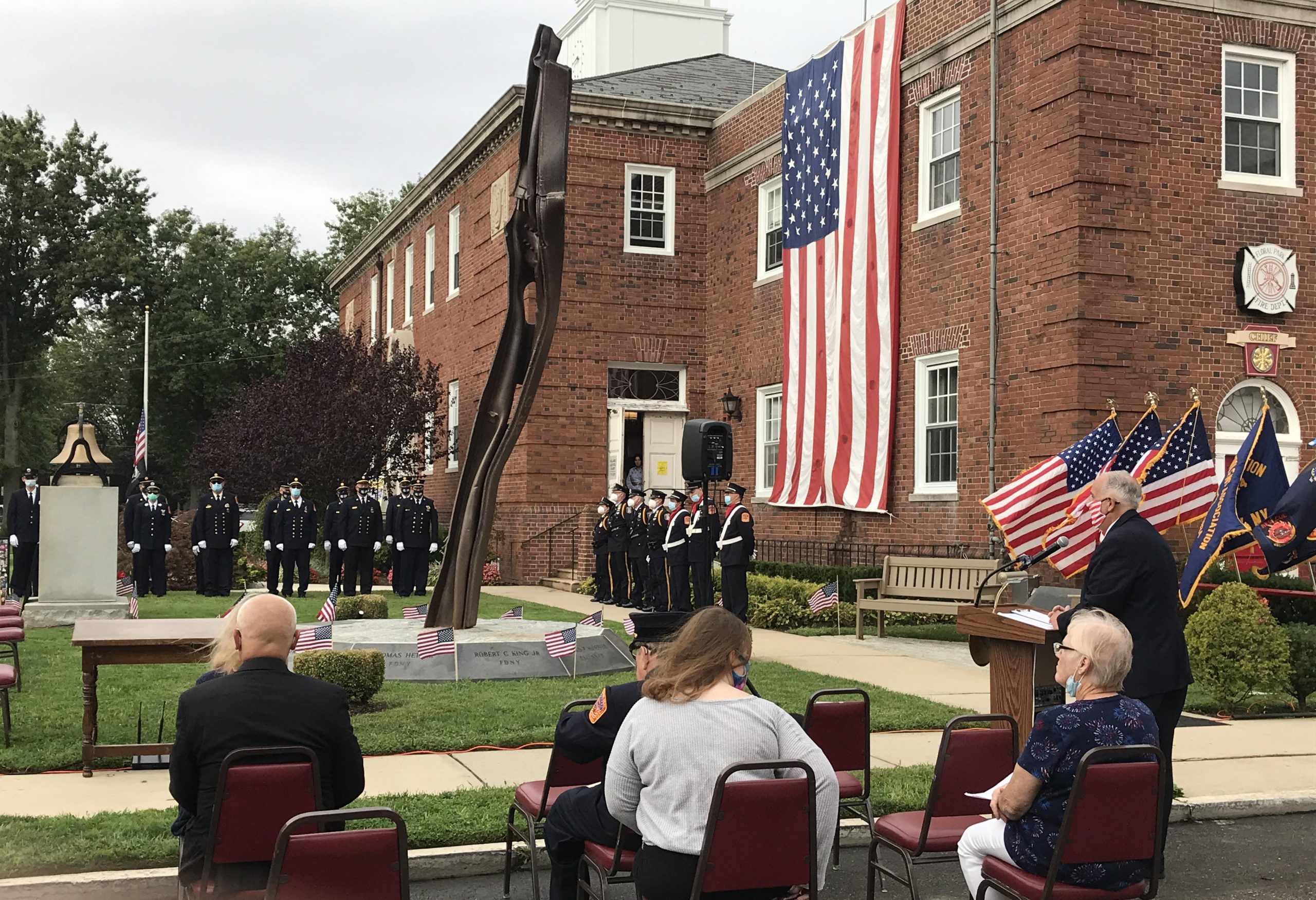 Floral Park held a rememberance of those lost in the Sept. 11 attacks 19 years ago. 11 residents of the village died in the attacks. (Photo by Elliot Weld

Nassau County and several villages gathered police officers, firefighters, religious leaders and survivors of the Sept. 11 terrorist attacks 19 years ago to hold annual commemorations of those lost, with social distancing in place.

At Floral Park’s remembrance event, held Friday morning outside Village Hall, Mayor Dominick Longobardi spoke of a close friend who was killed in the attacks.

The friend, Tom Hetzel, worked in the New York City Fire Department, and died at age 33. Longobardi said he met his wife through Hetzel’s wife.

“When we think about all those times we had together, Tom was a wonderful, wonderful man. He was a great New York City fireman. He worked so hard but more importantly he cared very much about his family,” Longobardi said. “His daughter is going to graduate from college very soon. When you think about it, 19 years passed and unfortunately she didn’t have her dad but the memory of her dad is something that is so great.”

The mayor asked the crowd to join him in remembering the lives of those lost, and reflect on the good times that were had with them.

The Holy Spirit Choir sang and the names of the 11 Floral Park residents who died in the attacks were read by the village trustees.

The crowd gathered around the village’s memorial, which has a stone foundation with the victims’ names and a piece of a bent metal beam that was part of the Twin Towers.

The New Hyde Park Fire Department has a similar memorial, with the names of those lost and a piece of steel from the twin towers. A former chief of the department, James Kane, is also a former New York City firefighter and helped to get the steel.

Kane organizes a remembrance at the memorial each year. New Hyde Park Mayor Lawrence Montreuil said it was “a very moving ceremony” where the names of each person from the village lost in the attacks are read and a bell is rung after each.

The Town of North Hempstead hosted a virtual event in light of the COVID-19 pandemic. It was hosted by Town Clerk Wayne Wink and featured speeches from a number of elected officials and religious leaders. It was broadcast on the town’s television channel and on its website.

In the event, Wink referred to the physical distancing protocols that Americans are now forced to adhere to and said the aftermath of the Sept. 11 attacks could be considered “the first new normal.”

He said many similarities exist between the two crises, such as the way people gather in large numbers, if they do at all, being called into question. He also brought up the fear people feel in their own communities and the first responders who have put their lives on the line during Sept. 11 and during COVID-19.

“Families across North Hempstead were forever changed by the heartless events of 9/11,” Town Supervisor Judi Bosworth said. “The 56 victims  from our town were family members and loved ones, friends and co-workers and our neighbors.”

Nassau County held an event at Eisenhower Park in which the names of all those lost from Nassau County were read by family members and friends.

“I know for those of you who lost loved ones on 9/11, life may have found a new normal but it feels a little off kilter,” Nassau County Executive Laura Curran said.

Curran said that in an era when turning on the television or social media results in seeing hatred and division, it is important that communities come together to mourn and pray.

One woman, Sarah Hutchins, who lost her son in the attacks, brought a photo of him and when she was done reading her set of names, said that every day since then, the struggle has gotten harder.

“The loss of a child changes you,” Hutchins said. “Time doesn’t heal all wounds.” 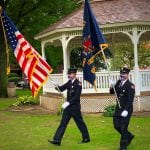