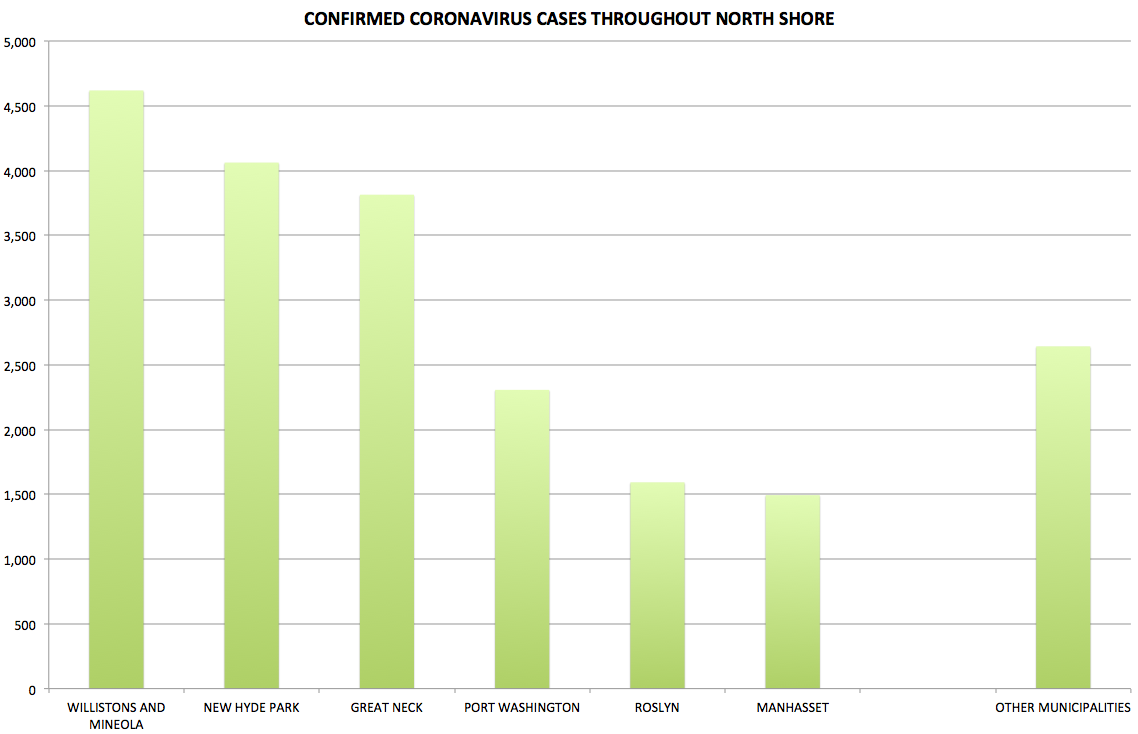 More than 20,000 North Shore residents had tested positive for the coronavirus since the beginning of the pandemic in mid-March as of Wednesday, according to county health department figures. (Chart by Robert Pelaez)

More than 20,000 people on the North Shore have tested positive for the coronavirus since the pandemic began a year ago, according to statistics provided by the Nassau County Department of Health on Wednesday.

As coronavirus vaccinations continue to be rolled out throughout the county, the North Shore once again saw one of the lowest one-week increases with fewer than 600 new cases in the past week, according to statistics.

The area that incorporates the Willistons and Mineola had 4,619 cases as of Wednesday, the most of all analyzed areas.

Reflecting the overall decrease in new cases, the Village of Mineola saw its lowest increase in cases over the one-week period with fewer than 60 new cases. Mineola’s 1,953 cases and Garden City’s 1,794 cases accounted for more than 3,700 of the 4,619 total cases in the area.

The New Hyde Park area accounted for 4,062 of the North Shore’s cases, with North New Hyde Park having the third-most confirmed positives, 1,459, out of any analyzed area.  The villages of Floral Park, with 1,332 cases, and New Hyde Park, with 929 cases, were also among the top 10 villages or unincorporated town areas in terms of positive tests, according to Health Department statistics.

The Port Washington area, which surpassed 2,300 total cases this week, saw an increase of fewer than 80 new cases over one week, according to the figures. The town-governed area of Port Washington had 1,124 total cases as of Wednesday, leading the peninsula, and Manorhaven had 694 cases.

Municipalities and unincorporated areas that stretch into more than one North Shore area such as Flower Hill, Herricks, Albertson, Garden City Park, Searingtown and North Hills were counted separately and accounted for 2,643 cases, according to county statistics.

The Village of Roslyn’s 291 cases appeared comparatively low, but the cases per 1,000 residents, 102.03, is one of the five highest rates in Nassau County, according to Health Department figures. Despite this, the village has seen one of the lowest four-month increases of any analyzed municipality, with fewer than 180 new confirmed cases since Nov. 1, according to county statistics. The village had just seven new cases over the past week.  Roslyn Heights had 606 total cases as of Wednesday, and the Village of East Hills had 490.

Manhasset, which has remained comparatively low since the beginning of the pandemic, had 1,494 cases, with nearly half coming from town-governed areas.  It is the only analyzed area with fewer than 1,500 cases.

A total of 152,646 Nassau County residents had tested positive for the virus as of Wednesday, and 2,956 had died since the pandemic began. More than 440 Nassau residents remained hospitalized due to the virus, with 71 in intensive care units and 47 on ventilators, according to county figures.

Throughout New York, more than 1.7 million people had tested positive for the coronavirus as of Wednesday, according to state figures. Of that total, 48,000 people had died. In New York City, 759,000 people had contracted the virus, and 29,911 had died. 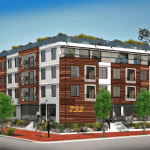 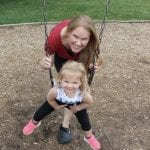