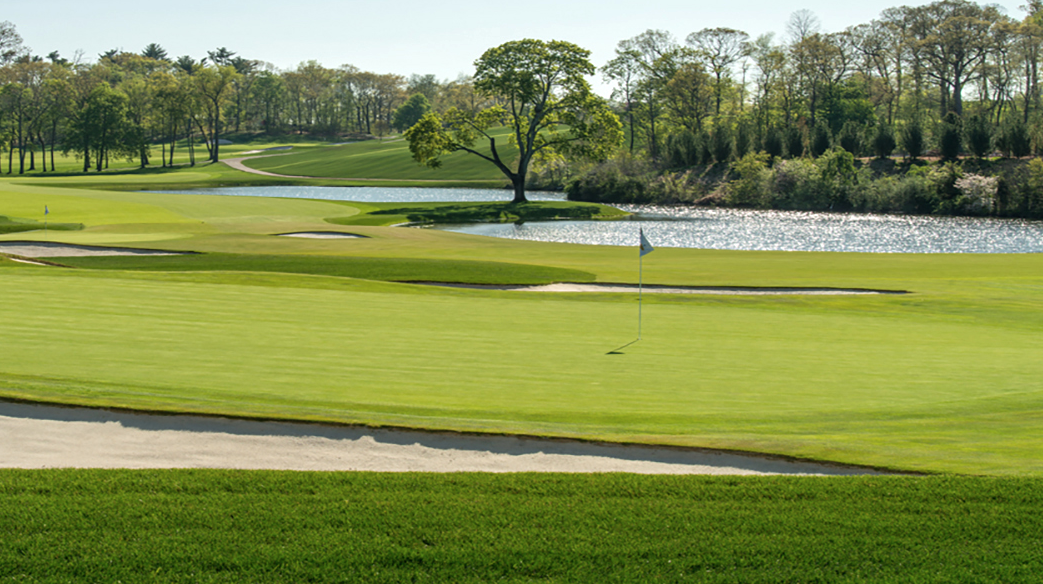 The Glen Oaks Club will host The Northern Trust golf tournament, formerly known as The Barclays, in August. (Photo from glenoaksclub.org)

The PGA Tour’s Northern Trust golf tournament will tee off in Old Westbury for the first time in August, but its planners won’t be playing a solo round.

The PGA is seeking about 1,800 behind-the-scenes volunteers to help with the FedEx Cup tournament, planned for Aug. 22 to 27 at the prestigious Glen Oaks Club.

In addition to helping with groundskeeping, tracking statistics and greeting tournament guests, volunteers can get close to the 125 elite golfers vying to win the first of four FedEx Cup playoff events.

“Anyone thinking about becoming a volunteer should expect to have a great time, make new and sometimes lifelong friends and to know that their efforts will help us continue making important charitable contributions to this community,” Julie Tyson, the tournament’s executive director, said in a statement.

The Glen Oaks Club, established in 1924 in Lake Success and moved to Old Westbury in 1971, was announced as a host course for The Northern Trust in August 2015. The tournament was known as The Barclays before Northern Trust Corporation took over as its sponsor this year.

The famous Black Course at Bethpage State Park in Farmingdale hosted the tournament in 2012 and 2016. It will return there in 2021.

Twenty-three committees of volunteers work a collective 33,300 hours before and during the tournament, according to a PGA news release.

For a $75 fee, they get a weeklong pass to the event for themselves and a guest, a cap and shirt, lunch vouchers and admission to the tournament’s “Volunteer Appreciation Party.”

The PGA Tour’s top 125 golfers are eligible to compete in The Northern Trust, which kicks off the series of four tournaments that will determine this year’s tour champion. The field currently includes star golfers such as Dustin Johnson, Jordan Spieth, Rickie Fowler and Sergio Garcia.

The tournament also raises money for charities in the New York metropolitan area, netting $1.4 million in 2016. This year’s funds will go to Tackle Kids Cancer, an organization run by the Children’s Cancer Institute at Hackensack University Medical Center in New Jersey that funds pediatric cancer research and care for kids with cancer.

The Glen Oaks Club’s 27 holes saw a major four-year renovation that was completed in 2015. PGA Tour Commissioner Tim Finchem said the course “fits perfectly with the other tremendous sites in the rotation,” according to a news release from that year.

Anyone interested in volunteering for The Northern Trust can visit pgatour.com/tnt and click “Event Info” and then “Be A Volunteer.”

Construction underway on Village Green in Mineola
Next Article