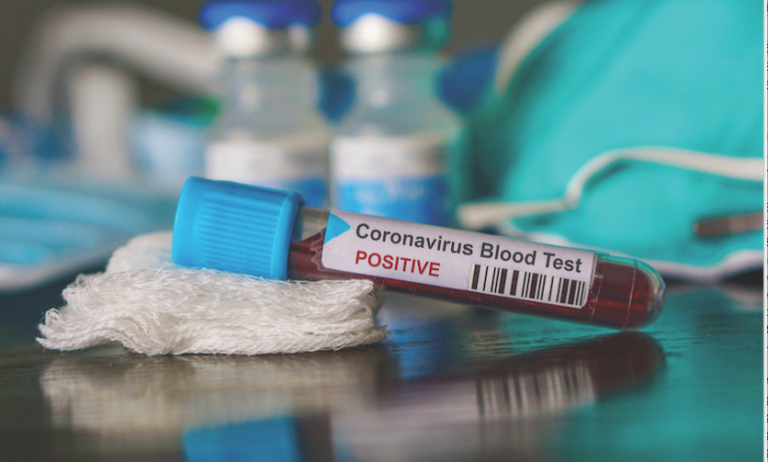 Nassau County's seven-day rolling positivity rate reached 16 percent for the first time since May 2020, according to statistics from the state's Department of Health. (Photo courtesy of metrocreativeconnection.com)

Northwell Health announced the opening of a new drive-thru coronavirus testing site at Christopher Morley Park in Roslyn on Tuesday as Nassau County hit a seven-day positivity rate that it hasn’t seen since May 2020.

The drive-thru site, which is appointment only, can accommodate up to 500 people per day, health officials said. Patrons of the site are given self-administered PCR tests to use in their car, with test results usually available the next day by utilizing Northwell’s Lab Gold software.

According to the most up-to-date figures from the state’s Department of Health, more than 3,500 Nassau County residents tested positive for the coronavirus on Monday alone. Nassau’s seven-day rolling positivity rate was 16.2 percent as of Monday, a figure the county hasn’t reached since early May 2020.

Statistics also showed that the county had fewer than 1,000 daily positive cases each day from Feb. 6 to Dec. 14. Since Dec. 14, the state has reported more than 39,000 positive results in Nassau County as of Monday. The average number of new daily cases over the past two weeks is nearly 2,800.

Statistics from the state Department of Health show that Great Neck’s 11020 ZIP code led the way on the North Shore with 90.6 percent of its population receiving a completed vaccination series as of Wednesday, according to the statistics.

The 11042 ZIP code of New Hyde Park continues to have the lowest rate at 16.4 percent of people with at least one shot, according to statistics. That area, however, consists primarily of businesses south of Northern State Parkway and along Marcus Avenue.

The next lowest rate on the North Shore is the 69 percent in the 11024 ZIP code of the Great Neck peninsula, which includes the Village of Kings Point. The next lowest one is also in Great Neck, with the 11023 ZIP code at an 71.7 percent rate, according to the figures. This area incorporates parts of the villages of Great Neck and Saddle Rock, along with Great Neck Gardens and Harbor Hills.

In total, the 14 North Shore ZIP codes average a 76.8 percent rate of people who had a completed vaccination series as of Wednesday. Without the 16.4 percent figure in the 11042 ZIP code, the average for the remaining 13 ZIP codes increases to 81.5 percent.

Statistics also showed that 100 percent of the population in eight ZIP codes on the North Shore received at least one vaccination dose as of Wednesday.

Hirschwerk, who also serves as an associate professor of medicine at Hofstra/Northwell’s School of Medicine, said Pfizer and Moderna “have performed better with respect to reducing transmission” than the Janssen J&J vaccine.

Dr. Matthew Harris, the medical director for Northwell’s vaccine program and a pediatric emergency doctor at Cohen Children’s Medical Center, said roughly 24 percent, or 831, of the 3,100 beds in the health care system are being occupied by coronavirus patients.

As of Monday, a total of 500 people were hospitalized with COVID-19 in the 12 hospitals in Nassau County, according to state figures.

On Monday, Gov. Kathy Hochul announced a reduction in the isolation window for people in a work setting with “critical staffing shortage” who tested positive but were fully vaccinated at least two weeks prior to the first day they became symptomatic or received a positive test if asymptomatic. Hochul’s action, which reduced the isolation time from 10 to five days, extends to individuals working in health care, public and private utilities, transportation, essential food and pharmaceutical manufacturing, restaurants, grocery stores, child care services, homeless shelters, funeral homes, snow or trash removal services, and others.

“As we battle this winter surge, we will keep following the data and science-based public health policies to protect New Yorkers,” Hochul said Monday. “This is a critical step to support our small businesses, critical industries, and essential services as we get through this new variant.”

Before her announcement, U.S. Rep. Tom Suozzi (D-Glen Cove), who announced in late November he will be running for governor, said he met with Hochul on Dec. 1  to discuss his concerns on how the virus was being handled by the state. Suozzi, in a news release, said Hochul told him, “We have COVID covered.”

Suozzi touted the need for better planning and preparation to combat the winter surge of the virus and criticized Hochul for her handling of the situation.

“I believe with better planning and preparation, we could have confronted this crisis head on, instead of the piecemeal approach we continue to receive from the Governor’s office,” Suozzi said. “The bottom line is, NY’s interim Governor lacks the executive experience to manage this crisis and her nearly exclusive focus on politicking and fundraising over the past 100 days has cost us dearly.”