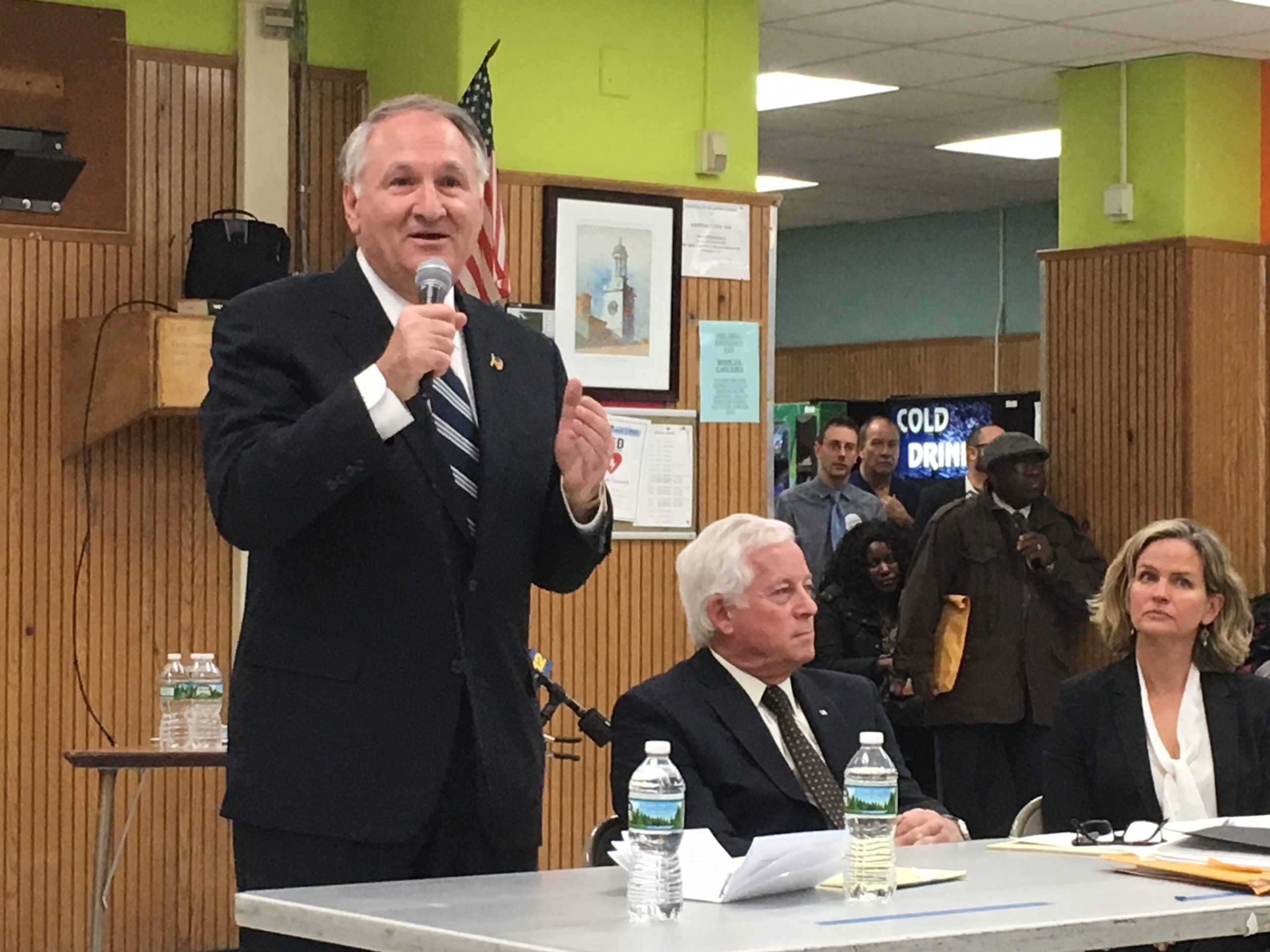 Nassau County Comptroller George Maragos on Thursday said the county’s most recent corruption scandal has not damaged its finances, breaking with his opponents in a three-way primary for county executive.j

“Not a single dollar” of taxpayer money was lost in current Republican County Executive Edward Mangano’s alleged bribe and kickback scheme with an Oyster Bay restaurateur — for which he is under federal indictment — because Mangano received personal gifts, not Nassau cash, Maragos said.

“Your tax money was well protected, and that talks to my 30 years of senior management experience that I brought to county government,” said Maragos, a former Republican who was elected twice alongside Mangano in 2009 and 2013.

Nassau’s finances have been under the control of the Nassau Interim Finance Authority since 2011, when its budget deficit based on generally accepted accounting principles grew larger than 1 percent of the total budget.

In July, Maragos reported that the county closed 2015 with a $28 million surplus, achieved through $141.3 million in borrowing for operating expenditures — a practice NIFA has ordered Nassau to cease.

Curran, a Baldwin resident whom the Nassau County Democratic Committee has endorsed, and Lavine, an Albany veteran from Glen Cove, were incredulous, saying borrowed revenue should not count toward the surplus.

Curran was “stunned” to hear of a surplus, given that negotiations over the current budget ended with $21 million in cuts, which included subsidies for Nassau’s bus system, she said.

The county’s opaque contract system is also subject to waste and abuse, which can hurt Nassau’s bond rating, Lavine said.

Contracts have been central to Nassau’s recent political scandals. Federal prosecutors have accused Mangano of trading gifts and personal favors for county contracts with Harendra Singh, the restaurateur. Former state Sen. Dean Skelos and his son, Adam, were also convicted in 2015 on federal corruption charges related to a $12 million Nassau contract.

“Every dollar lost to corruption is a dollar you and I make up for,” Lavine said.

Corruption and its impact on Nassau’s finances will likely be the dominant issue in this year’s county executive race as Democrats will try to wrest control of the government from Republicans, who have seen some of their most powerful elected officials arrested in recent years.

Thursdays forum indicates it will also be central to the Democratic primary, as Maragos, seeks to defend his record as comptroller while making an outsider’s bid for his new party’s nomination.

Maragos pledged to support the eventual winner of the three-way primary. But he and Curran traded several barbs, with him casting her as the party’s hand-picked puppet and her casting him as a secret conservative who is to close to the current GOP administration.

The three did agree on several issues. They want to fix the structurally flawed property tax assessment system, but offered few specifics on how to do so. They said they support increasing the minimum age to purchase tobacco to 21 countywide. And they think the county Police Department should not work with federal immigration authorities to deport Nassau residents.

Mangano has pleaded not guilty to the federal corruption charges against him. His wife, Linda, and then-Oyster Bay Town Supervisor John Venditto were indicted alongside him in October. Venditto, also a Republican, has since resigned.

Republicans have not yet endorsed a county executive candidate, and Mangano has not said whether he plans to run for a third four-year term.