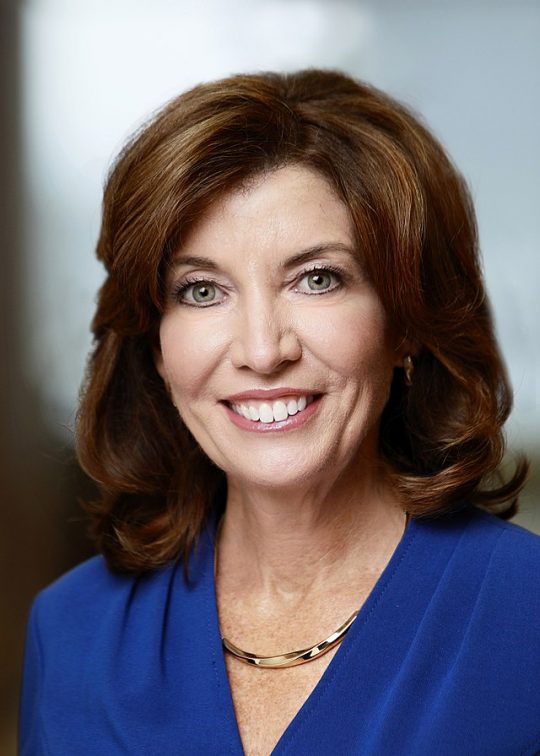 Gov. Kathy Hochul announced the arrival of the omicron variant of the coronavirus on Long Island this week. (Photo courtesy of Wikimedia Commons)

Gov. Kathy Hochul announced that the omicron variant of the coronavirus has made its way to Long Island.

A total of 12 confirmed cases, including two in Suffolk County, had been reported throughout New York as of Wednesday, according to officials from the state Department of Health. One of the cases, Hochul said, was a 67-year-old Suffolk woman who recently returned from South Africa.

No cases of the omicron variant had been found in Nassau County as of Wednesday, according to statistics from the Department of Health. Hochul said other outbreaks in New York City stemmed from a Minnesota man who tested positive for the variant after attending the Anime NYC 2021 convention at the Javits Center last month.

The new protocols, Hochul said, went into effect last week and will be reassessed on Jan. 15, dependent on new COVID-19 data from the Department of Health. The executive order, she said, will also help the state acquire more supplies to combat the virus, if needed.

“Thanks to the life-saving tools at our disposal, like vaccines and boosters, we have the tools in our arsenal to fight this pandemic – including the Delta and Omicron variants,” Hochul said on Monday. “I urge every New Yorker to take the necessary steps to keep themselves and their communities safe: get vaccinated, get boosted and wear a mask.”

As of Wednesday, 75.5 percent of Nassau County was fully vaccinated, according to figures from the state Department of Health. Since the beginning of the pandemic, Nassau County has had 230,523 cases of the virus as of Tuesday and 5,161 virus-related deaths, according to the figures.

Statistics also showed that three ZIP codes on the North Shore were fully vaccinated as of Wednesday. Port Washington’s 11050 ZIP code joined Roslyn’s 11576 ZIP code and Great Neck’s 11020 ZIP code with 100 percent inoculation rates. The 11020 ZIP code consists primarily of the Village of Lake Success and University Gardens. Some of this area is also made up of Great Neck South Middle and High School, North Shore Hebrew Academy and the Fresh Meadow Country Club.

The 11042 ZIP code of New Hyde Park continues to have the lowest rate at 24.5 percent of people vaccinated, according to statistics. That area, however, consists primarily of businesses south of Northern State Parkway and along Marcus Avenue.

The next lowest vaccination rate on the North Shore is the 80.5 percent in the 11024 ZIP code of the Great Neck peninsula, which includes the Village of Kings Point. The next lowest one is also in Great Neck, with the 11023 ZIP code at an 86 percent rate, according to the figures. This area incorporates parts of the villages of Great Neck and Saddle Rock, along with Great Neck Gardens and Harbor Hills.

In total, the 14 North Shore ZIP codes average a 89.4 percent vaccination rate. Without the 24.5 percent figure in the 11042 ZIP code, the average for the remaining 13 ZIP codes increases to 94.4 percent. 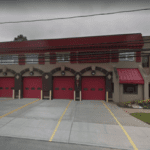 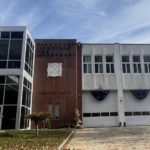