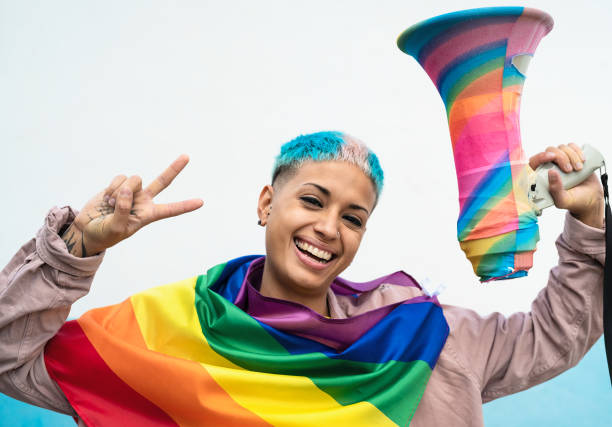 French philosopher Michael Focolt published a meticulous case study in 1976. The research claims that sexuality refers to a social construct deployed as a form of control. 40 years have passed since Michael published his study, but society has still been busy constructing and identifying sexual orientations.

Besides the conventional notions of homosexuality, bisexuality, and heterosexuality, the lexicon has got a clutch of other alternatives. Among them, ‘omnisexuality’ and ‘pansexuality’ have been exponentially hyped.

Does your sexual orientation match either of these concepts? Well, to find an appropriate answer, you may need to learn about these two concepts and their differences. Keep reading and explore everything that’s involved!

Before digging deeper into the details of omnisexuality or pansexuality, it’s crucial to understand the notion of gender blindness. This concept will eventually help you figure out the differences between omnisexual and pansexuals.

If you are gender blind, you can find male, female, non-binary, trance, and intersex people interesting. Hence, gender blindness is non-exclusionary – it’s about expanding your romantic interest limits.

The term ‘Omni’ carries a Latin origin. The term first came into light in the late 50s with Lawrence Lipton. This journalist used these terms in his work, ‘Holy Barbarians.’ Subsequently, different publications and writers started using forms of ‘Omnisex’ by the 1970s.

A 1984 text describes omnisexuality as “a state of attraction to all sexes.” In the 1990s, Walt Whitman’s Leaves of Grass presented an omnisexual character, and since then, the term has become popular. The term’s visibility increased with the rising awareness of non-binary and non-traditional gender identities (2010).

Getting back to the basics, the term ‘Omni’ refers to something all-encompassing. Given this, you can say that omnisexual people may have an attraction to all genders, but they are not gender blind. If you are omnisexual, your sexual propensity is diverse.

As an omnisexual individual, you may or may not have a gender preference. Hence, experts classify omnisexuality as a form of multi-sexuality.

The omnisexual community designed a flag in 2015. The said omnisexual flag features an even combination of four colors. On the top is light pink, representing attraction to people on a sexuality spectrum. Next, it has pink, which reflects an interest in women.

Further, it has blue and deep purple. Blue points to a person’s attraction to a man, and deep purple refers to the interest in multiple genders. However, the flag has undergone many alterations, and the latest design came out in 2021. There is even a color-blind version of the flag that features light orange, black, sea blue, and sky blue.

The Omni community typically uses a differently gendered pronoun. They include he/she/him/her etc. Besides, they leverage neutral pronouns like they and them. When talking to an omnisexual person, it’s nice asking the individual about their preferred pronouns. Omnisexual people may not appreciate the idea of assuming their sexual identities.

*Some interesting facts: Many celebrities like Janelle Monae and Miley Cyrus have discussed their gender identity and used the term omnisexual interchangeably with pansexuality. On the other hand, Jack Harness’s character on Dr. Who is omnisexual. Besides, Marvel’s oddball superhero Deadpool also identifies as omnisexual.

The term ‘pan’ has been derived from a Greek word that means ‘all.’ The concept has crossed a long way – it showed up for the first time in 1914 (Journal of Abnormal Psychology). This appearance was more of a criticism. A doctor (J. Victor Haberman) introduced a theory (Sigmund Freud’s method of psychoanalysis) that promoted the idea that sex encourages everything. However, pansexuality doesn’t have the same meaning today.

In the 1920s, pansexuality’s concept emerged as a significant sexual level. Several people in Chicago and Harland started to promote the idea of loving across boundaries and labels. These people were not homosexuals, and neither were they, heterosexuals. Instead, their interest flew towards sexual activity without gender preferences.

Later, in the 1960s, novelist and activist Rita May Brown shared her unpleasant experience of being expelled from college because of her pansexuality. Since then, the term has become more mainstream. However, it continued to evolve over the years. More people joined the community, and in 2010, they designed their unique flag.

Pansexuality refers to the emotional, sexual, and romantic attraction to people regardless of gender. Celebs like Sam Smith, Asia Kate Dillion, and JoJo Siwa have labeled themselves pansexual.

In pansexuality, gender doesn’t trigger attraction. In fact, most pansexual people avoid preferring one gender over another. A pansexual person may be inclined to non-binary, binary, gender fluid, female, men, trans, or any other gender.

Defining pansexuality may require more than a dictionary, as it involves highly personal sexual expression and interpretation. Ideally, there is no set definition for pansexuality. Every pansexual person has their specific take on this identification.

Contrary to popular belief, pan people are not hypersexual. They are simply like other random straight women or men who avoid hooking up with every straight individual they see. Pan people also have preferences and hardly hook up with every person they come across.

Pansexuality is not a phase – it’s a preference and pan people can also make a happy family like straight individuals.

Due to the expansive nature of gender expression and identity, you should be careful while assigning pronouns to pansexual people. It’s wise to use neutral pronouns they/them/theirs. You can even use a combination of two types of pronouns or simply ask the person about his preference. In either case, you should respect an individual’s choice. Remember, pronouns may be integral to promoting inclusion and acceptance for gender nonconforming people.

Omnisexual vs. Pansexual – Primary Differences at a Glance

The key difference between omnisexuality and pansexuality is pretty simple to identify. Omnisexuality typically refers to attraction without discrimination toward sexual identity or gender preferences.

On the other hand, pansexuality usually refers to the romantic choice of a gender-blind person. Contrary to conventional wisdom, pansexual individuals are not open to random sexual activity. Just like every other form of sexuality, it involves openness. However, only the particular can manage the said openness.

Both the term pansexual and omnisexual are relatively new. However, the orientations have been around for centuries. Different historic references accept the existence of pansexuality and homosexuality in the ancient era.

Neither of these orientations has anything to do with hypersexuality. Both omnisexual and pansexual people may fall in love for a long and lead a regular life like people of other sexual orientations.

24th May is celebrated as pansexual visibility day. Besides, the community celebrates national pansexual pride day on December 8th. Omnisexual awareness day, on the other hand, comes in March 2021. Additionally, they celebrate omnisexual and Omni-romantic pride and visibility day on June 6th.

Omnisexual vs. Pansexual – What Should Be Your Way?

If you are struggling to figure out your sexual identity, here’s how to remain true to yourself. As such, you should know the primary similarity between these two concepts. Both communities can have a multigender attraction, which may be emotional, sexual, or romantic.

If the differences between these two ideas look foggy, here’s a simple explanation – pansexual don’t consider gender, but omnisexual do.  Thus, think well, and distinguish your identity mindfully.

Most importantly, only you should influence your sexual preferences, not the societal stigmas and circumstantial pressures. Develop a transparent understanding of your feelings and choose your orientation accordingly.

If you don’t fall under either of these orientations, it’s wise to learn the tricks of using supportive language so that you don’t hurt the sentiment of others. First things first, never presume anyone’s sexual interests.

For instance, if someone claims that they are pansexual, don’t cross-question their identification. Sexual identity and sexual attraction are outrageously personal. Thus, leave it to the person.

Next, don’t make fun of anyone’s orientation. There are uncountable memes and jokes about sexuality. However, you shouldn’t encourage them for the sake of humanity. Additionally, try whipping off common misconceptions.

For instance, attraction to all genders doesn’t point to an interest in being in a polyamorous relationship. Above all, learn to embrace and respect. When your near ones share their sexual orientation with you, you are responsible for keeping their trust.

Clarity Is the Key

After going through this post, you may have developed a clearer understanding of both concepts. Besides, you may have also identified your orientation. If you are in a relationship or going to be in one, move forward with your true identity. While you don’t need to clarify your sexual preference to the entire world, you shouldn’t keep your partner in the dark.

Open up and let them know your sexual identity and preferences. If their orientation aligns well with yours, congratulations! If not, take your call wisely.

Conventionally, there are two primary genders – male and female. However, the federal government has officially recognized three genders – male, female, and non-binary. Social media platforms may have numerous gender alternatives. You may choose from transgender, two-spirit, non-binary, and many more.

There are three distinct aspects of sexuality. Its primary components include gender identity, biological gender, sexual orientation, and gender role. Besides, a few factors, like behavior, sexualization, intimacy, etc., may also influence your sexual preferences.

Sexual expression refers to how you experience sexuality and communicate it with others. Expressing sexuality may include three foundational factors. They include sexual communication, sexual identity, and sexual behavior.

Sexual orientation refers to romantic, emotional, and sexual attraction to a specific individual. It’s all about who you are attracted to – is it a particular gender, or is it generic? Finding out the answer may help you identify your sexual orientation.

Gender identity refers to the personal sense of your gender. Your gender identity may or may not be the same as your birth-assigned sex. Instead, it depends more on your internal and individual experience of sex.

People often use the terms omnisexual and pansexual interchangeably. However, they have a significant difference. An omnisexual individual is not gender blind, but a pansexual one may be. When identifying your sexual identity or orientation, you should keep this simple yet crucial factor in mind. Besides, learn to respect people’s sexual preferences and interests. You can also look for gay dating sites if you are interested.

Doesn’t matter if you belong to the Pan or Omni community; learn the supportive language and encourage people to be themselves. Furthermore, stay true to your relationship and commitments. Discuss your sexual preferences openly with your partner. This will help you enjoy a stronger relationship in the long run. 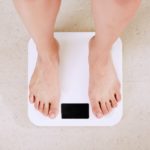 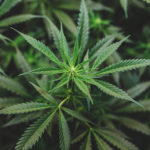