Back in 1943, the federal government imposed wartime rent controls on New York. The measures, the Roosevelt administration promised, would be temporary.

Seven years later, the feds lifted the controls, but Albany pols decided to pass legislation to keep them in place in New York City and the surrounding suburbs. “As a result,” housing expert William Tucker reported, “[the] city essentially missed the postwar boom in housing construction.”

Rent control laws not only discouraged investments in new apartment building projects, they encouraged landlords to defer maintenance and to walk away from money-losing multi-family properties.

By the mid-1970s, more than 250,000 New York City apartments were abandoned and by the 1990s, the city was the largest owner of rundown apartment buildings.

In 1996, Gov. Pataki and the Republican-controlled Senate managed to get a deal with Assembly Democrats that somewhat modified the onerous rent laws. The key reform stripped rent control protection for higher rent apartments and imposed income tests for tenants in apartments renting for at least $2,000 a month. Over time, about 155,000 apartments were liberated from controls.

Yet, despite the modest changes, New York City still regulates the rent of approximately 1  million apartments housing some 2 million people.

And now, thanks to Gov. Andrew Cuomo and the Democratic state Legislature, a radical rent control law became law on June 14 that will have dire economic consequences.

The new law, New York Post real estate reporter Steve Cuozzo, observed “makes it likely that no new apartment buildings will rise. It guarantees that existing ones will decay. It will make repairs and upgrades prohibitively expensive for landlords who must eke out puny profits from properties that require major reinvestment, but where they can’t charge enough rent to pay.”

Why the doom and gloom?

The ability to raise rents up to 20 percent after a regulated apartment becomes vacant has also been eliminated.

Annual rent hikes for capital improvements will drop from 6 percent to 2 percent, thus making it more difficult for owners to fully recover the cost of renovations.

The high-income rule that permitted the deregulation of an apartment that was rented by a tenant earning over $200,000 for two back-to-back years has been eliminated.

The law expands “the housing court’s authority to postpone an eviction for a year — usually because the tenant isn’t paying rent — if the tenant cannot find a similar suitable dwelling in the same neighborhood.”

And unlike previous rent control laws that had to be reviewed and renewed every five years, this law is permanent.

Finally, to spread the misery, the legislation permits municipalities throughout the state to impose rent control laws.

When signing the legislation into law, Cuomo said, “I’m confident the measure passed today is the strongest possible set of reforms that the Legislature was able to pass and are a major step forward for tenants across New York.”

An analysis by The Wall Street Journal concluded the new rent rules give a bigger boost to wealthy renters over low-income ones.

The Citizens Budget Commission, an independent watchdog group, agreed: “Many of the proposed changes will further benefit upper-income residents without providing relief to lower-income households most likely to be rent-burdened.”

Expect the new rent law to disincentivize owners from spending money to improve their regulated properties and to discourage real estate investors from building new multi-family housing rentals for the middle-class. Instead, they will make investments in condominium and co-op apartment projects for the top one percenters.

This law will not improve New York’s housing stock. Instead it will degrade privately owned apartment buildings until they are on a par with New York City’s dilapidated public housing stock, which needs an incredible $32 billion in capital repairs. 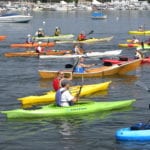 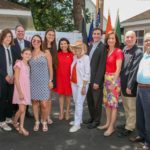 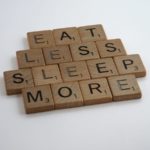