Who drove Amazon to walk away from a deal, that included over $2 billion in tax credits and zoning exemptions, to build a massive headquarters in Long Island City? Progressive ideologues.

Gov. Cuomo got it right when he admitted during a radio interview on Feb. 22, that “progressives do not know how to govern.”

Yes, all the New York progressives are guilty of that charge.

Cuomo, who calls himself a “pragmatic” progressive (a label his father, Mario, invented in 1982), made the first mistake: negotiating the pact in secret.

That’s classic Cuomo. He is a one-man band who trusts no one and doesn’t like to be questioned.

Cuomo’s other mistake: he believed that if the city’s progressive mayor, Bill de Blasio, signed on, they could jam the Amazon deal through.

As for Amazon’s CEO, progressive Jeff Bezos, and his team that hammered out the deal: they were naive.

A Firewall essay titled “What can other companies learn from Amazon’s N.Y.C. Debacle?” concluded, “Amazon’s mistake was taking Cuomo’s word for it that everyone would be supportive rather than finding out for themselves.”

A flagrant violator of Daniel Patrick Moynihan’s political rule, “you are entitled to your own opinions but not your own facts,” Ocasio-Cortez made up some pretty ludicrous “facts.” Amazon had to be stopped, she declared, because it’s “not just about any jobs, it’s about dignified jobs in New York.”

Insisting “someone’s got to look out for the people our system is leaving behind,” she wanted to “effectively organize against creeping overreach of one of the world’s biggest corporations.”

Let’s see, Ocasio-Cortez thinks tens of thousands of new, well-paying, white-collar jobs and blue-collar construction jobs that would have been created in Long Island City are not “dignified”? That’s ridiculous.

And what about the scores of local entrepreneurs — shopkeepers and restaurateurs — and the folks they employ that would have benefited financially from 25,000 new workers and residents who would have patronized those businesses? Shouldn’t Ocasio-Cortez be concerned that they “be looked out for”?

Dreading a 2020 democratic primary challenge from one of Ocasio-Cortez’s confreres, Gianaris cast his lot with radical progressives and came out against Amazon.

Even though polls indicated 80 percent of his constituents wanted Amazon in Long Island City, Gianaris not only deemed the deal “unacceptable,” his senate office sent out fliers that demanded Amazon “stay in Seattle.”

To further prove his loyalty to the new progressive order, Gianaris persuaded Senate Majority Leader, Andrea Stewart-Cousins, to nominate him to the public authorities board where he would be empowered to scuttle the Amazon project.

The deal, however, would never get to that board because Amazon had had enough and scrapped their plan citing that too many local pols “made it clear that they oppose our presence.”

Progressives were jubilant all over the nation. Senators Elizabeth Warren and Bernie Sanders praised New Yorkers “for standing up to the power of Amazon.”

The clueless Ocasio-Cortez, the Post reported, “incorrectly stated that $3 billion in subsidies that would have gone to Amazon could be used to hire teachers, fix the subways and ‘put a lot of people to work.’”

She didn’t understand that there is no bag of money. The subsidies consisted mostly of future tax incentives.

For once, the mayor gets it. The 1960s and 1970s tax and spend progressive experiment destroyed the city’s fiscal and economic base and drove out the city’s middle-class.

And Ocasio-Cortez & Co., ignorant of history, are promoting the same old progressive ideological nostrums that ignore facts and will drive the city, once again, down the road to financial and economic despair. 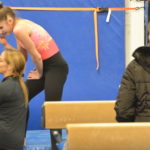 Our Town: Infiniti Elite Gymnastics, where the gifted come to learn
Next Article

A Look On the Lighter Side: Saying yes to the dress — again and again!