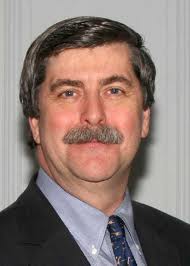 The state, Dolan said, is still offering its own Regents algebra exam in addition to the new Common Core test for high school students. But Great Neck schools will only offer the Common Core exam, according to Dolan, in an effort to reduce unnecessary test preparation during classes.

“Preparing students for two exams would tell our students and our teachers that we are not confident in the path we have chosen, and it is in fact the opposite,” Dolan said. ‘We are confident that our students will be prepared for the Common Core exam and will do well.”

Dolan said the state is leaving it up to districts to choose whether to offer the Common Core, Regents exam or both. Using both tests, Dolan said, would be a waste of class time.

The eighth grade exams offer up an additional quirk. In addition to existing and Common Core state tests, there is a separate federally required assessment for eighth graders.

State Education Commissioner John King announced a plan in October to reduce the testing load for students, which included seeking a waiver from the federal government to avoid the additional exam mandate.

“Of course, testing is an important part of the instructional cycle and necessary to monitor student academic progress and contribute to decisions at the classroom, school, district, and state levels.

However, the amount of testing should be the minimum necessary to inform effective decision-making,” King wrote in an October statement. “Test results should be used only as one of multiple measures of progress, and tests should reflect our instructional priorities.”

Dolan responded with skepticism following the state’s announcement, saying he would need to see the state take concrete steps to reduce testing before endorsing King’s approach.

But at Monday’s meeting he said the state was optimistic that it could avoid the federal test requirement, and added that the district would seek to only offer the Common Core exam to eighth graders in an effort to limit testing.

While the Common Core, a set of learning standards adopted by 45 states so far, has attracted criticism and controversy both for its content and its testing requirements, Dolan said the substance of the standards was solid and that the district had spent two years committing to the new framework.

“Our students and staff have been immersed in this curriculum entirely,” Dolan said.