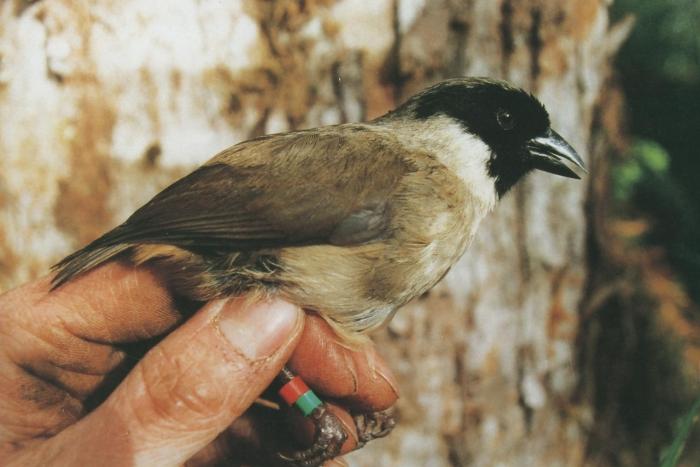 This week the US Fish and Wildlife Service recommended that 23 species be removed from endangered status and reclassified as extinct. The extinctions include 11 birds, eight freshwater mussels, two fish, a bat and a plant.

A third of the listed species, eight species of birds and the one plant, Phyllostegia glabra var. lanaiensis, a flowering plant in the mint family, were endemic to Hawaii.+

Extinction was caused by habitat destruction and introduced invasive animals and insects. Rats, pigs and feral cats are among the introduced species that prey on native animals or destroy habitat.

The Hawaiian Islands had no mosquitos, but they are now widely spread and carry avian diseases to which the isolated island bird populations have no immunity. Guam, another island overwhelmed with invasives, lost the Bridled white-eye bird and the Little Mariana fruit bat.

On the continental US, the Bachman’s warbler and Ivory-billed woodpecker made the list along with eight species of freshwater mussels and two small freshwater fish. Both birds, one a tiny warbler and the other a huge woodpecker whose size gave it the nickname “Lord God Bird,” relied on swampy forests of the southeast for breeding.

Extinction due to the destruction of habitat is not a new concept. I own my grandmother’s bird book, published in the 1920s, and it clearly states the Ivory-bills are endangered due to loss of habitat from logging.

In 2004 the Ivory-billed burst back into the news when a sighting was reported in a swamp in Arkansas. Another sighting soon after triggered a swarm of birders and scientists to look for the bird.

Weeks and then years of searching, recording devices, and photo traps failed to reveal another glimpse. The mussels and fish have likely gone extinct due to dam building and reservoirs, changing their habitat from rivers to lakes.

Since the Endangered Species Act was adopted in 1973, 54 species have recovered, while another 48 have improved enough to move from endangered to threatened. 11 listed species have been declared extinct. This recommendation would triple that group to 34.

One of the issues facing the rescue of endangered species is the glacial pace with which the Service lists species, making them eligible for recovery funding. Several species on the current list went extinct while waiting to be listed.

Some of them were probably already extinct or had populations so reduced as to be unsustainable when the Endangered Species Act was adopted, but one of the Hawaiian birds was found as recently as 2004.

Another issue is that Congress only budgets about 4% of what service estimates it would take to fully protect listed species. A quarter of listed species receive as little as $10,000 annually towards recovery.

There are two bills currently in Congress that would increase protection and funding. The Extinction Prevention Act (H.R. 3396) would provide $5 million a year to fund conservation work for the most threatened species.

The Extinction Crisis Emergency Act would direct President Biden to declare global wildlife extinction a national emergency. The legislation would require the entire federal government to act to halt the loss of animals and plants in the US and around the world.
This is a global issue.

In 2019, the UN released a report authored by 150 scientists around the globe, stating that a million species of plants and animals were in danger of extinction. Worldwide, a minimum of 500 known species of animals have gone extinct in the last 100 years due to human activity.

The report concluded that alteration of land by agriculture was a massive contributing factor with about 75% of land and 66% of ocean areas impacted. Agricultural use covers more than 33% of the world’s land surface and uses 75% of freshwater resources.

Agriculture also accounts for roughly 25% of total human emissions of greenhouse gasses.
Other threats are from commercial over-harvesting, logging, hunting and fishing of plants and animals from the wild, followed by climate change, pollution, and invasive species.

The report links biodiversity loss and climate change. Five percent of all species will be threatened with extinction by 2 °C of warming above pre-industrial levels, a tipping point that could be reached in the next few decades. Global loss is estimated at 16% of all species if the average temperature exceeds 4.3 °C.

This would inflict massive damage to worldwide ecosystems and lead to increased poverty, hunger, and deaths.

The naysayers who spout comments like “There have always been extinctions,” fail to understand the urgency and the science.

Yes, there have been massive extinction events in the past, but due to natural catastrophes like asteroid impacts, volcanos, and floods. (And the dinosaurs are still with us, we now call them birds) Virtually all the extinctions in the last 500 years can be directly traced to human activity, and the pace is accelerating at an alarming rate.

This month talks will begin on a new global biodiversity agreement. One proposal, known as 30×30, seeks to protect at least 30 % of the earth’s land and oceans by 2030. Estimated costs are billions of dollars.

One hundred years ago we knew why the Ivory-billed woodpecker was endangered, but did nothing to stop that course. If we continue to destroy the natural systems of our planet, one of the next species added to the list will be Homo sapiens.