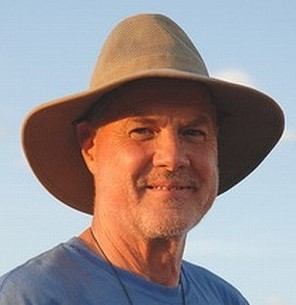 Our pre-human, and early human ancestors were hunter-gatherers, foraging for edible plants and hunting game.

Around 12,000 years ago they began to farm. According to some sources, the change occurred independently in northern China, Mesoamerica, parts of Africa and in the Fertile Crescent, a highly productive area in the Middle East. Recent studies indicate that the reason for the change was more likely because humans could defend their property rights and their crops when living in small social groups.

The same basic model exists today with significant changes in who produces the food, how it’s distributed, and for whom.

Not that many years ago, with few exceptions, most food was produced locally. Supermarkets had not yet come to small towns. Meat came from the local butcher. Fresh vegetables and fruits were grown in family gardens. A portion of the summer/fall crop would be “canned” in Ball jars that family and neighbors filled, and stored for later consumption.

Basic supplies like dry cereal (oatmeal, shredded wheat, etc.), bags of flour, sugar, containers of salt, and maybe potatoes, came from the local grocer. A clerk, with a pencil behind their ear, would fetch each item on the customer’s list while they waited, then jot the price of each item on a paper bag, and manually add it up.

Today, supermarkets have fresh food from all over the world, delivered by a well-oiled delivery system. We can get fresh oranges and bananas year-round, nuts from California and figs from Turkey. Some large market chains have their own farms in Chile so fresh produce is available year-round. Tastes have evolved, too.

Meals have gone from meat, potatoes and vegetables, to what we considered ‘alternative’ meals such as ‘Italian’ and ‘Chinese’, and now, food from specialty cuisines such as Thai, Korean, Mediterranean and many others. We have so many choices.

Looking ahead, we need to be more aware of how much impact our food sourcing has on climate change. Food produced in other parts of the country is shipped primarily by gas-powered trucks. Electric trains and self-driving electric trucks could be the answer to that issue (for nationally produced food, not international).

To reduce that impact, we could put more emphasis on unprocessed foods (get back to the kitchen!) and focus on two major basic groups, vegetables/fruits, and meat (protein).

Grow locally! Encourage the use of backyard and community gardens, and set aside suburban land for space-saving indoor vertical and hydroponic farms so vegetables and fruits are readily available year-round.

Commercial livestock farms are responsible for pouring biogenic methane into the atmosphere. This gas is more than 28 times more destructive to the atmosphere than carbon dioxide. One really viable option for a reliable source of protein includes insects and their larvae.

Seriously! The use of insects as food is common in many parts of the world and has been for millennia. The insects harvested as food are usually “social insects”, those that live together in large numbers which makes collecting them easier. Ants, termites, and locusts are in that category as well as insect larvae. There is a variety of ways to prepare insects for consumption.

One of the most popular is to lightly fry them in oil, kind of like French fries, or roast them. (I can tell you roasted crickets have a peanutty flavor and go great as a salad garnish). Insects have a much higher protein content per pound, produce no methane, grow to maturity in an eye-blink of time and consume a fraction of plant matter and water when compared to beef cattle, or any other meat we eat, pork, lamb, etc.

The U.S. is behind other nations in insect farming. Thailand, for example, has more than 20,000 insect farms, supplying a cheap source of protein for people across Asia. There are a few insect farms in the U.S. but the number is growing.

To ensure our continued existence, we all need to work on our paradigm shift to sustainable food sources, and level off our world population growth. Let’s all take stock of the big picture. Listen to the scientists.