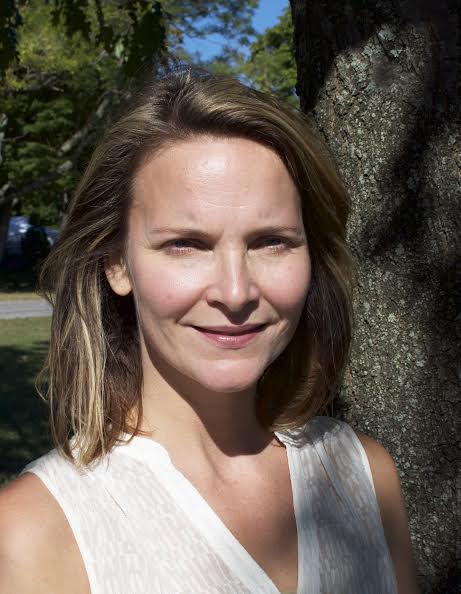 Did you see the movie “Don’t Look Up” this holiday season? For decades, scientists have been warning about the long-term climate consequences of unchecked greenhouse gas emissions. Yes, we must look directly at what’s happening and take action right now to slow down climate change by transitioning towards a fossil-fuel-free economy.

Did you know that plastic is one of the main drivers of climate change? Plastics emit greenhouse gases at every point of their life cycle, from extraction to production and disposal. If the plastic industry were a country, it would be the world’s fifth largest emitter, after China, the United States, India and Russia. The role of petrochemical-based plastic in rising temperatures must be addressed.

In a recent report,”The New Coal: Plastics and Climate Change, Beyond Plastics,” a Bennington College environmental group warns that The U.S. plastic industry releases at least 232 million tons of greenhouse gases each year, equal to 116 average sized coal-fired power plants. With the global trend towards electrifying the transportation and power sector, the fossil fuel industry is making up for their losses and investing billions in expansion of plastic production facilities. Accelerating the warming effect that we experience as a climate crisis, plastics are primed to outpace coal in driving climate change by 2030.

Global efforts to reduce emissions and slow climate change are threatened by the industry’s planned petrochemical build-out. According to Bloomberg Philanthropies and Beyond Coal, 65 percent of coal plants have been retired. This achievement should be celebrated, not canceled out with emissions from plastic production.

The raw ingredient for plastic production – ethane – is extracted from fracked “natural” gas. Fracking compromises soil health while degrading wetlands and is toxic to water sources as well as air. It’s certainly a misnomer to call fracked gas “natural.” In energy intensive ethane cracker plants, high temperatures “crack” the molecular bonds of ethane to create ethylene. Ethylene pellets, or “nurdles,” are shipped across the world for plastic production and are a major source of pollution on land and sea.

Look up the most recent plastic pellet spill just off the west coast of Sri Lanka where about 1,680 tons of nurdles were released into the ocean when a fire broke out on board X-Press Pearl. As you can imagine, this spill had devastating effects on wildlife and livelihoods in the region. These spills happen on top of the 10 million tons of plastic documented to litter the ocean each year in the form of plastic waste that breaks down into trillions of micro- and nanoscale pieces with unknown public health consequences.

Keep in mind that less than 2 percent of single-use plastic packaging is efficiently recycled. Nurdles are aptly called “mermaid tears” by activists mourning the state of the ocean.

The petrochemical industry aims to take advantage of our addiction to single-use plastic packaging and lock us into dirty energy economics with the proposed build-outs of a number of ethane cracker plants. Concentrated along the Gulf Coast of Texas and Louisiana, the majority of U.S. ethane cracker plants are located in low-income communities of color.

Some 90 percent of the facilities are located in 18 communities where residents earn 28 percent less than the average U.S. household and are 67 percent more likely to be of color. Communities living next to power plants are – in addition to poverty – dealing with a host of pollution-related health issues, including cancers, neurological problems, cardiovascular and respiratory disease. In fact, plastic production is yet another form of environmental racism.

Formosa Plastics plans on building a highly disputed plastic factory on the banks of the Mississippi River in St. James, La., in a predominantly Black community where they’ll knowingly disturb unmarked burial sites of formerly enslaved people. This industrial region suffers from elevated cancer rates and is known as “Cancer Alley” or “Death Alley.” A new plastic plant in this region threatens to discharge even more toxic chemicals into the air and water.

The people who pay the price for our convenience have had enough. Residents of St. James Parish have organized as RISE St. James and we can stand in solidarity with them as we demand the government stop the petrochemical build-out. We must demand that the U.S. Army Corps of Engineers, the EPA and the White House’s Council on Environmental Quality reject this and all new permits. Support Rise St. James by signing a petition urging President Biden to Stop Formosa and find out more here with https://www.stopformosa.org/ and bit.ly/BidenStopFormosaPlastics.

Twelve conventional petrochemical plastics facilities are in construction, with 15 more in the pipeline; these expansions threaten to add 40 million tons of greenhouse gases to current emissions by 2025. Given what we know about climate change, the solution to the climate crisis is certainly not more pollution. Insist the government stop the expansion of new ethane cracker facilities. The industry must invest in exploring renewable, bio-based alternatives, refill technologies and biodegradable packaging options.

Trust Judith Enck, former EPA regional administrator and founder of Beyond Plastics, to educate and mobilize the masses. At Bennington  College she’s growing a powerful group of educated activists and alumni dedicated to climate justice. You can register to take her seven-weeks, affordable, college-credited class online here at Bennington College’s Center for the Advancement of Public Action https://www.beyondplastics.org/events/beyond-plastic-pollution-spring-2022. This class is open to students, retirees and anyone interested in practical solutions to the plastic crisis.

Beyond Plastics is aiming right at the roots of producer responsibility for our current environmental crisis with policy approaches, such as Extended Producer Responsibility. They’ve drafted a powerful federal bill that seeks to tackle the plastic pollution crisis: the Break Free From Plastic Pollution Act. This effort is met with great resistance from plastic industry lobbyists, and it’s up to us, the consumers, to fight for our rights and demand that congress support this historic legislation.

I’m convinced that with proper incentives, our excellent industrial material scientists will come up with cleaner and better solutions than petrochemical-based plastic products. As Enck exclaims: “Plastics is the fossil fuel industry’s Plan B. But there is no Plan B for the rest of us.”

I can name many reasons for why the use of non-essential, single-use, throwaway plastics must end now, but slowing down climate change seems like an exceptionally good reason to stop excess plastic production now.