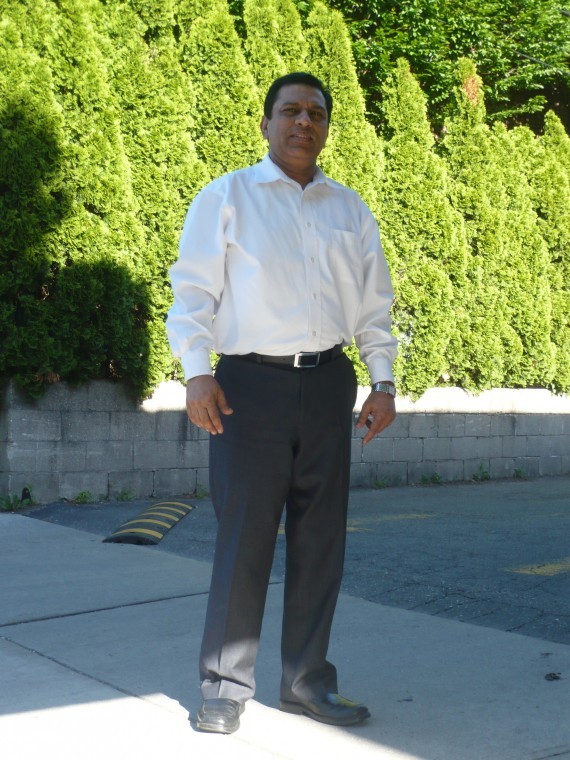 It is a gamble that has not paid off.

In the past year, Sandeeb Mehan has lost $100,000 on Tulip Bar & Grill, a Turkish, Mediterranean, and Indian restaurant at 4 Welwyn Road in Great Neck Plaza.

Tulip turned a good profit when he bought it last year from an old acquaintance, but Mehan said tighter restrictions on his restaurant from Village of Great Neck Plaza trustees drove away most of his business – the Saturday night crowd.

“Our sales have dropped so much. I am losing $3,000 to $5,000 per week,” Mehan said at a trustee meeting June 1 where he asked for a one-hour extension on his hours of operation, which would enable him to remain open until 2 a.m. Saturday and hopefully save his business.

The request was denied by trustees, despite vocal support from neighbors whose attendance at the meeting was related to another agenda item.

Tulip had been open until 2 a.m. when Mehan bought the restaurant, but under previous ownership the Turkish crowd’s late night revelry provoked persistent noise complaints from neighbors in a nearby co-op.

When Mehan applied for a conditional-use permit after purchasing the restaurant, trustees rolled back Saturday night hours to 1 a.m. and included restrictions that made Mehan responsible for controlling his patron’s behavior, including smoking farther from residential apartments.

Mehan said the earlier hours drove his customers to other Turkish restaurants.

Trustees said complaints have gone down since he took over, but did not feel comfortable rewarding bad behavior. They said Mehan has stayed open past allowed operating hours, but agreed the food is excellent.

From New Delhi, India, Mehan came to the U.S. in 1997 to give his children a better life.

Before the Rego Park resident purchased Tulip from a 13-year acquaintance, he worked as a salesman at P.C. Richards & Son.

“Whatever I save for 14 years at the P.C. Richards I spent in this restaurant,” he said. “I am sorry I came to this town. I am in the hole right now. That’s why I ask for one more hour. I like this town. The people are very nice. They are really friendly.”

When Mehan took over, he expanded the menu, which had been exclusively Turkish, and kept the live Turkish music on Saturday nights. The restaurant also features belly dancers from 10 p.m. to 10:30 p.m. Saturday.

The large space manages to be both brightly colored and subdued, with a romantic atmosphere highlighted by brick-lined, arched doorways.

The textured orange walls are covered by oversize paintings and small lanterns. A rounded stage is covered by a thick, wine red velvet curtain.

The day after the trustee meeting, various neighbors stop by for a meal or offer their support.

“I’m going to come here with my kids, and I’ll bring my in-laws – they’re Indian,” said Great Neck resident Michael Glickman on his way to another restaurant. “I would say the village is very inconsistent with how they enforce the regulations, from double parked cars in front of Shop Delight, to making sure pedestrians have the right of way, to claiming this is a fire lane when it isn’t a fire lane.”

Mehan said his customers are a nice crowd who come with children, and the music creates a family-friendly environment.

“They make a big issue,” he said of trustees. “They don’t like me. They already decided. In a single year if they have a complaint they make an issue.”

Tulip’s fate might be determined by a committee meeting June 10 between two trustees, Mehan, and several members of the public, including Muriel and Leo Feifer, neighbors who complained about noise.

“I’m very sorry that these troubles are existing, but Tulip has not been a good neighbor,” said Muriel Feifer at the trustee πmeeting. “He has made all kinds of promises. He has not kept any of them.”

Although other neighbors said they did not hear any noise from Tulip’s customers, she said her apartment experiences the brunt of the impact.

“We’re entitled to have quality of life and that includes a whole nights’ sleep,” she said. “I am sympathetic to the whole plight. I do not want to see this man lose his business, but there has to be a balance.”

Mehan said the Feiefers have repeatedly peeked through his windows, and have disturbed his garbage. He also said they approached him after the meeting and said they do not hear any noise from Tulip but had a problem with the previous owner.

“Rather than extending them we should shorten them, that way we would be more in line with what the community wants,” he said at the meeting.

In a telephone interview, Schneiderman said that needs of the community must be balanced with Mehan’s.

“I feel sorry for them,” he said. “They bought something they should not have. They did not do their homework.”

Among Mehan’s supporters are those who think trustees have been too hard on the restaurateur, including Great Neck Plaza Business Improvement District Vice President Jay Corn, and Jeffery Schwartz, husband of Plaza Mayor Jean Celender.

“I think they have been very hard on him,” said Corn, who promised the BID would go to bat for Mehan.

Tulip has been under a microscope from day one, said Schwartz at the meeting, before walking out in seeming disgust.

“I have lived in this area for over 30 years,” he said. “I have never seen any other restaurant get the scrutiny this one has. It’s almost like zero tolerance from the get go. Maybe I am saying things that people don’t want to hear, but I would like to see this restaurant survive. I think it’s good for this town. I think it’s almost being punished for its success.”

During these difficult economic times, Schwartz asked how many restaurants have customers until 2 a.m.

“It’s a difficult time,” he said. “They will be out of business. They will be out. Then what are you going to do? You put a code enforcement [officer] on Shop Delight the way you do these people and they will be here too.”

“The neighbors are zero tolerant, and in my opinion this board has become zero tolerant,” Schwartz said. “You’ve got trustees who are going down here just to, I’m done.”