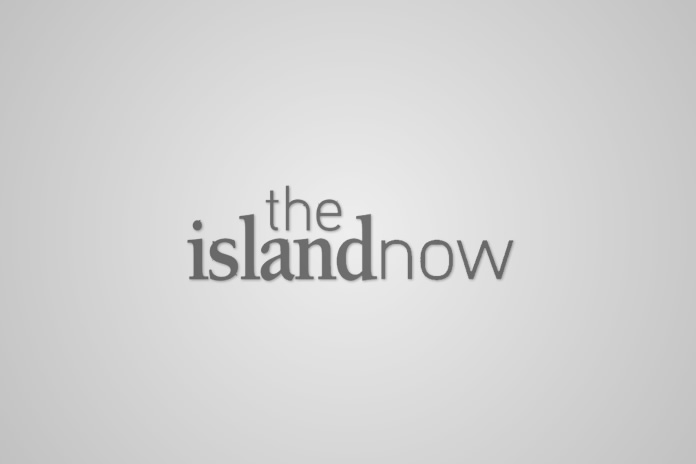 Republican Mineola Trustee Dennis Walsh said during a recent candidate forum that voters should support his bid for North Hempstead’s 3rd District to help maintain the two-party system in the town.

At the time, Walsh had a point.

He was running for the seat of Angelo Ferrara, the lone Republican on the seven-member Town Board, who was retiring, and apparently Walsh like many others thought the Democrats would maintain their hold on the two other seats up for election as well as the races for town supervisor and town clerk.

The final results of the county and town elections won’t be known until all mail ballots are received and counted.

But as things stand now, the town Republicans, including Walsh, will have won three of the seven Town Board seats – and both the town supervisor and town clerk seats.

And that may be taken as good news for Democrats in Nassau County.

Republicans maintained their holds on supervisor, clerk and board positions in the two other towns in Nassau County.

In Hempstead, which accounts for about half of Nassau’s population, Republicans maintained a 6-1 advantage on its Town Board.

Add to that the Republicans’ performance in the votes for the County Legislature, where Republicans increased their 11-8 advantage to possibly 14-5, depending on absentee ballots.

In other words, Republicans would now have total control of government in Nassau County – with county Democrats unable to do anything to stop them short of a lawsuit.

What makes these results so startling – and concerning to Democrats – is that as of February registered Democrats outnumbered registered Republicans by nearly 100,000 voters – 434,327 to 335,771 – with blanks,  or those with no party affiliation, at 276,000.

It also says much that less than 30 percent of the 1.1 million Nassau voters came out to cast a ballot.

Which brings us to the question of what accounted for this Republican tsunami and what it means at the town, county, state and even national level.

This is no shortage of theories and undoubtedly the outcome of each race may have more than one reason.

Let’s start at the national level – particularly the inability of Democrats to reach an agreement on President Joe Biden’s $1.2 trillion infrastructure package and the $1.75 trillion Build Back Better package before Election Day.

Did the Democrats’ failure to reach an agreement on either piece of legislation help depress Democratic turnout in Nassau County? County Executive Laura Curran only received 124,000 votes as of election night in a county that as we pointed out has 434,000 registered Democrats and 276,000 people with no affiliation. Curran’s Republican opponent, Hempstead Town Councilman Bruce Blakeman, received 135,482.

Would it have made a difference if Democrats voted a week earlier to approve an infrastructure package that will provide New York with hundreds of millions of dollars for rail, highways and bridges, airports, water projects, vehicle charging stations, high-speed internet and protection against cyberattacks?

The Labor Department report last Friday also showed a whopping 535,000 jobs created the month before and upward revisions on the previous two months. And the stock market hit a record high. Would that have made a difference if those numbers were hit just a week earlier?

Or did cultural issues, such as critical race theory, masks in schools and abortion, carry the day?

Republicans successfully promoted the bogus threat of critical race theory in public schools where it is, in fact, not being taught – and the Democrats failed in places like the Virginia governor’s race to counter it.

If national issues did not play a part, how much blame goes to Jay Jacobs, who is not only the Democratic county chairman but the state’s as well. He led an effort that essentially went 0-for-Nassau County.

The Democrats’ dismal performance in Nassau County and his recent comments about the mayor’s race in Buffalo have already raised calls for his resignation both in the county and the state.

Jacobs might, in turn, point to some Democrats who called to defund the police in the wake of protests of George Floyd’s killing.

Or overreach by progressive and liberal Democrats from the city on issues such as bail reform.

But from the day his nomination was announced, Nassau Republicans attacked his role in the botched rollout of much-needed bail reform in the state.

As we have said, the state’s bail system was in real need of reform, sending tens of thousands of people to jail charged with nonviolent infractions for the crime of being poor and unable to afford bail. Lost were jobs, families and lives.

But the legislation had two serious flaws. It went too far by removing discretion from judges for too many crimes and was included in the state budget by Senate Democrats where it was subject to far too little scrutiny and input from prosecutors.

Ann Donnelly, who has spent 32 years in the Nassau County district attorney’s office, throughout the campaign claimed that Kaminsky was the father of bail reform and that it led to deaths at the hands of people released by the new law.

This was not true, but apparently politically effective. Donnelly led by more than 20 points on election night.

Kaminsky did not help his cause by appearing defensive on his role and never making the argument for why bail reform was needed.

Until they come up with a better response, Democratic legislators on Long Island and beyond could face serious election losses in the future.

It is also possible that the impact of bail reform aided Elaine Phillips in her victory for county comptroller and maybe even Blakeman in his race against County Executive Laura Curran.

Even though Nassau was the country’s safest community by U.S. News and World Report two years in a row.

The county also had 95 percent of its adults vaccinated with at least one shot and finally offered a balanced budget after years of failing to do that.

But one of Curran’s successes – a countywide reassessment that for the first time in a decade brought property values in line with their worth – proved to be very unpopular with many voters.

This is the result of Curran fixing a system in which two-thirds of the property owners were underpaying their taxes.

During the campaign, Blakeman said he would “scrap Curran’s reassessment plan entirely and start fresh.”

In an interview with Newsday, Blakeman pulled back on that promise and said he has already asked Phillips to conduct an audit on the assessment system and would consider a new reassessment.

Blakeman also declined to commit to eliminating or sharply reducing county fees that Republican legislators approved last month – only to be voted by Curran as fiscally irresponsible.

He was the head of a Republican-controlled County Legislature in 2000 when Nassau required state assistance to balance his budget. So perhaps he has learned his lesson – and feels free to say so after the election.

We also hope he shows similar resolve when the Legislature revises the legislative districts to ensure that communities are not divided and minorities who make up 44 percent of the population are fairly represented.

The race for North Hempstead supervisor focused on fixing the town Building Department.

The Democrat, Wayne Wink, had a long history in town and county government and a plan to address the Building Department and other aspects of North Hempstead’s government.

But he lost to political newcomer Jen DeSena, who called for changes in the Building Department but with few specifics.

It is unclear what DeSena’s victory along with the victories by political newcomers Ragini Srivastava and David Adhami running for town clerk and town council, respectively, means.

Other than Dennis Walsh won’t be lonely at North Hempstead board meetings.