Home Opinions Our Town: No pain, no gain en route to success

“No pain, no gain” is an often-quoted idiom. What that means is you had better be ready to deal with pain if you want to advance in life. I have noted that my most successful patients, whether they’re athletes or business people, all seem to have incredibly high pain tolerance, which allows them to push through whatever barriers they are confronted with.

So exactly how did they come by this ability to ignore physical pain, anxiety or fatigue and just keep on going like the Energizer Bunny? Why is it that some people can ignore pain while others cannot? The standard research findings tell us that the experience of physical pain is partly biological and partly psychological.

When nerve endings are triggered strongly enough, they can send pain impulses up to the brain but for these impulses to be experienced as ‘pain’ they must get past the cortical gate first. And that is often what makes all the difference.

As an example of this cortical gate, think about the last time you visited the doctor and were complaining about some pain. The moment your good doctor informed you that your discomfort was benign and non-life threatening. your pain suddenly vanished. That’s what the gate theory of pain is about.

One factor that lessens pain is the presence of another human and it matters not if you know them. Research says men have a higher pain threshold than women, largely due to the cultural mandate which directs boys to be tough and never to cry. Or as Tom Hanks shouted in the film “A League of Their Own,” “There’s no crying in baseball.”

I think this last point is a truism, but it does not always apply. I recall playing the heinous game called “Pinch” in sixth grade with one of my classmates, Terry Bove. The game was elegant in its simplicity. You stood next to your opponent and each of you seized the forearm of the other and pinched it as hard as possible and for as long as possible. And the one that yelled stop first was the loser.

I recalled thinking that Terry Bove had alligator skin rather than human skin. It ought to be obvious to you that I lost to Terry every time, but you have to give me credit for trying.
Terry may have been genetically endowed with higher-than-normal pain tolerance, but genetics does not really account for how most of my more successful patients possess higher pain tolerance.

The most persuasive theory on why some seem to be oblivious to pain comes from Alfred Adler, one of the founding fathers of psychoanalysis along with Sigmund Freud and Carl Jung. Adler suggested that in childhood if you endured neglect, abuse or domination from a parent or sibling, you would feel inferior and would spend the remainder of your life attempting to gain superiority through hard work, perseverance and effort.

This may be why some develop such an impressive work ethic and the ability to withstand fatigue, pain and anxiety. They have something to prove. They want to demonstrate to their inner self that in fact they are superior, not inferior. Therefore, they work harder, and are willing to withstand the slings and arrows that life has a way of throwing at us.

A good example of heightened pain tolerance and how it is acquired is Tiger Woods. His work ethic revolutionized the sport of golf and forced all his competitors into the gym to get stronger. But few know the backstory of Woods, a shy, sensitive, multiracial kid who stuttered, wore glasses and grew up in an all-white neighborhood where he suffered shame, discrimination, and humiliation.

An example of how he was treated was described by his father who said that one time when Tiger was about 6 years old, he was tied to a tree by neighborhood bullies and a racial epithet was inked onto his chest. And from all that pain and shame he developed a steel will power and enough high pain tolerance to endure numerous injuries and surgeries and just keeps on coming.

One of the secrets of success, perhaps the only secret to success, is found in this story. The way to develop passion, the burning will to win and the ability to withstand all pain and fatigue is to experience profound shame and defeat in childhood. All that early childhood pain and shame will be the secret fuel that you can use later in life to endure pain and the get to the top. No pain, no gain. 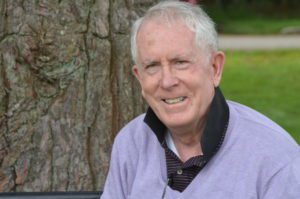