On January 20, 1942, the Nazi high command gathered in Berlin to plan the genocide of the Jewish people.

Eighty years later, to the day, the 193-member United Nations General Assembly approved a resolution to “reject without any reservation any denial or distortion of the Holocaust as a historical event.” Only Iran demurred.

Four years earlier, the ruling right-wing nationalist Law and Justice party of Poland enacted a law that Polish-born historian Jan Grabowski described as “part of a broad effort to stifle any inquiry and particularly the complicity of the local population in the persecution of Jews during that time.”

Although more Poles have been named “Righteous Among the Nations” than any other nationality, an honor that Israel uses to describe non-Jews who risked their lives during the Holocaust to save Jews from the genocide, their wartime history includes acts of savagery along with heroism.

The 2018 law aims to conceal the extent of the atrocities Poles committed against Jews. Yad Vashem, the World Holocaust Remembrance Center and ultimate source for Holocaust education and research estimates that up to 180,000 Polish Jews were killed by Christian Poles or turned in to the Germans and killed by the Nazis.

The law was enacted to criminalize any speech that would hold Poland responsible for Nazi crimes, with penalties including imprisonment.

After facing international pressure to remove the criminal provisions in the law, the nationalist government led by Andrzej Duda decided to use civil litigation to accomplish its objectives, including targeting Holocaust scholars like Grabowski in civil court.

“How easy it is for Poland to falsify stories and commemorate a handful of Poles who sacrificed their lives to help Jews, in a sea of Poles who persecuted, murdered and helped murder Jews who escaped the camps and the ghettos. This amounts to an attack on the memory of the Holocaust,” said Grabowski, who has been sued under the Polish law.

My dear friend Ronda Fein shared a story with me about her mom who was a child living in Poland during the Holocaust. She said, “My mother’s memory as a little girl living in Poland was of townspeople gathering in mobs to beat and kill the Jews. The Poles certainly weren’t forced by anyone, just given permission. They even brought their own children to the ravine to observe the Jews being shot into ditches.”

Ronda’s mom, Cecilia Jaget Pearlstein, wrote a poem when she was a young teen in hiding in 1942-1944. She was about the same age as Anne Frank. The poem, entitled “Pogrom,” is about the attacks that she was an eyewitness to before she went into hiding with her family. She bore witness to townspeople, including neighbors, brutalizing Jews in Bobrka, Poland. Following are three stanzas from Cecilia’s longer poem:

Someone’s pounding at the gate –
Someone’s forceful banging, hacking –
In the yard a mob, a rabble –
The murderer after his prey –

A little child, whose face is ashen,
begging: I would like to live.
All around hoarse words are flying:
-Kill them. Hack them. Beat them up.

Blows rain down on falling children –
Will there be no mercy? None?
Children fall; then try to stand up
And the mother feels no more

The goal of “memory laws” like Poland’s, and increasingly in the United States, is to scare away not establish the truth, to guard against education that might give rise to any form of psychological distress, such as might be evoked by Cecilia’s poem, or books Like Art Spiegelman’s masterpiece Maus, a graphic novel about the Holocaust that was recently banned in a school district in Tennessee.

As I finish writing this, on International Holocaust Remembrance Day 2022, I don’t believe that the enactment of memory laws quite captures the spirit of the U.N. General Assembly resolution to “reject without any reservation any denial or distortion of the Holocaust as a historical event.” 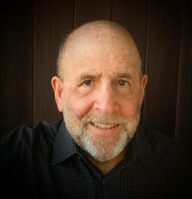