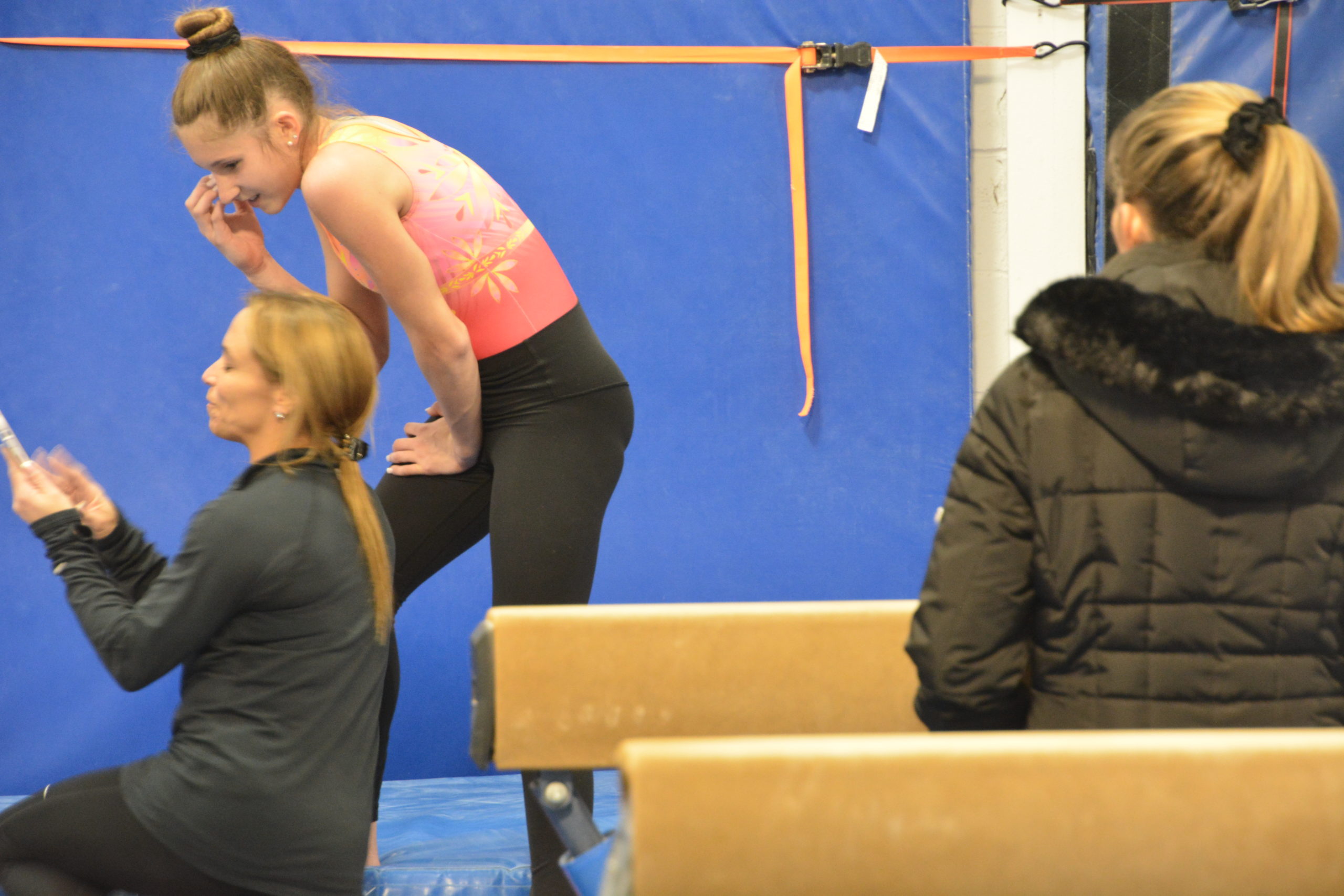 What’s that you say, you want to see your kid in the Olympics?

Fair enough. I’ve got just the place to start and its right here in Nassau County.

Just enter the name Infiniti Elite Gymnastics in Syosset into your GPS and when you get there walk in and ask for Tammy Marshall. She’ll be the one who has all the adoring students gazing up at her with smiles.

I have heard about this gym for years. It has a knack of producing nationally recognized gymnasts that wind up getting full scholarships to college and I was interested in finding out why.

I called up Tammy this weekend to schedule an interview and it was obvious to me over the phone that this was a coach with great energy and courage.

Often when I call for a potential interview and announce I’m a journalist with Blank Slate Media many will become afraid, anxious, hesitant, awkward and reluctant to speak. I received the opposite reaction from Marshall who quickly responded: “great come on over.” I liked her already.

When I got there it was during winter break week and so no classes were being held. However, Marshall had a full schedule of private lessons to deal with and was good enough to squeeze me in between the action.

Just walking into the main area takes some coordination and balance since the 10,000 square foot arena has a variety of floor surfaces which have varying degrees of give to protect the gymnasts from injury.

The place looked state-of-the-art and I watched as Marshall took 14-year-old Abby Smith through her floor routine in preparation for states next month.

Abby is this statuesque athlete with a 3.9 index at St. Anthony’s and who has the ability to work on her skills a minimal of 25 hours per week.

I chatted with her mom, Betty Anne Smith, who told me they do lots of travel and had just gotten back from competitions in Virginia and Ohio. Such is the driven and highly disciplined life of the elite young athlete and their family.

After the lesson, I got to sit with Marshall for a while and talk.

She was born and raised in Hicksville and was directed away from dance and into gymnastics due to her level of energy. She, too, was an excellent student and eventually earned a full scholarship to the University of Massachusetts, Amherst, was All-American each year and was awarded the prestigious AAI Award.

Throughout our interview she continually used words like “dedication,” “hard work” and “time management” to explain what it takes to get to the top. She competed with Mary Lou Retton when she was younger and almost earned a spot in the Olympics until an ACL tear ended that dream.

As we were finishing up our interview, an adorable little five-year-old came marching into the gym announcing she was ready for her private lesson.

Yes, you got me, a five-year-old. I made a graceless exit and from the observation room I watched Marshall bond with the girl and take her through her warm-up routine. I was not alone in the room because the mother of the little one was with me.

Turns out, the girl’s name is Sophia Maddaloni and the mother was once a dancer at Julliard and had secret hopes that little Sophia would also become a ballerina.

“Sophia had her own dream and wanted gymnastics instead. Who was I to say no so I researched many gyms and finally found this one. There is something in the air here, something magical about the place.”

I believe gifted children have a will of their own and often get what they want and need. It reminded me of the piece written by Danyel Smith, one of America’s finest sports writers, who did a piece for ESPN about Simone Biles, the gymnast extraordinaire.

Smith wrote about how “lucky” it was that Biles managed to find the right sport at the right time in the right place and had enough funding to make it all happen.

But then Smith quickly corrected herself and wrote that, in fact, Biles was a born winner from the very start, was irrepressible, and that luck had little to do with it.

Biles had what Dr. Ellen Winner called “the rage to master,” which is a deep fire that all gifted children have to learn and to understand and to conquer things that they have a passion about.

This so-called “rage to master” is what Tiger Woods has, what Simone Biles has and what Roger Federer has.

And this”‘rage to master” is what I saw in Tammy Marshall and what makes Abby Smith and Sophia Maddaloni so enchanting.

Ms. Maddaloni was quite right when she said there is magic in the air in this gym. The magic is this very same “rage to master” that is on ample display by this gifted coach working with gifted young athletes. Oh, what a sight it is.

Readers Write: Accomplishments of ‘old white men’ in the GOP
Next Article

On the Right: Progressives against progress in Long Island City