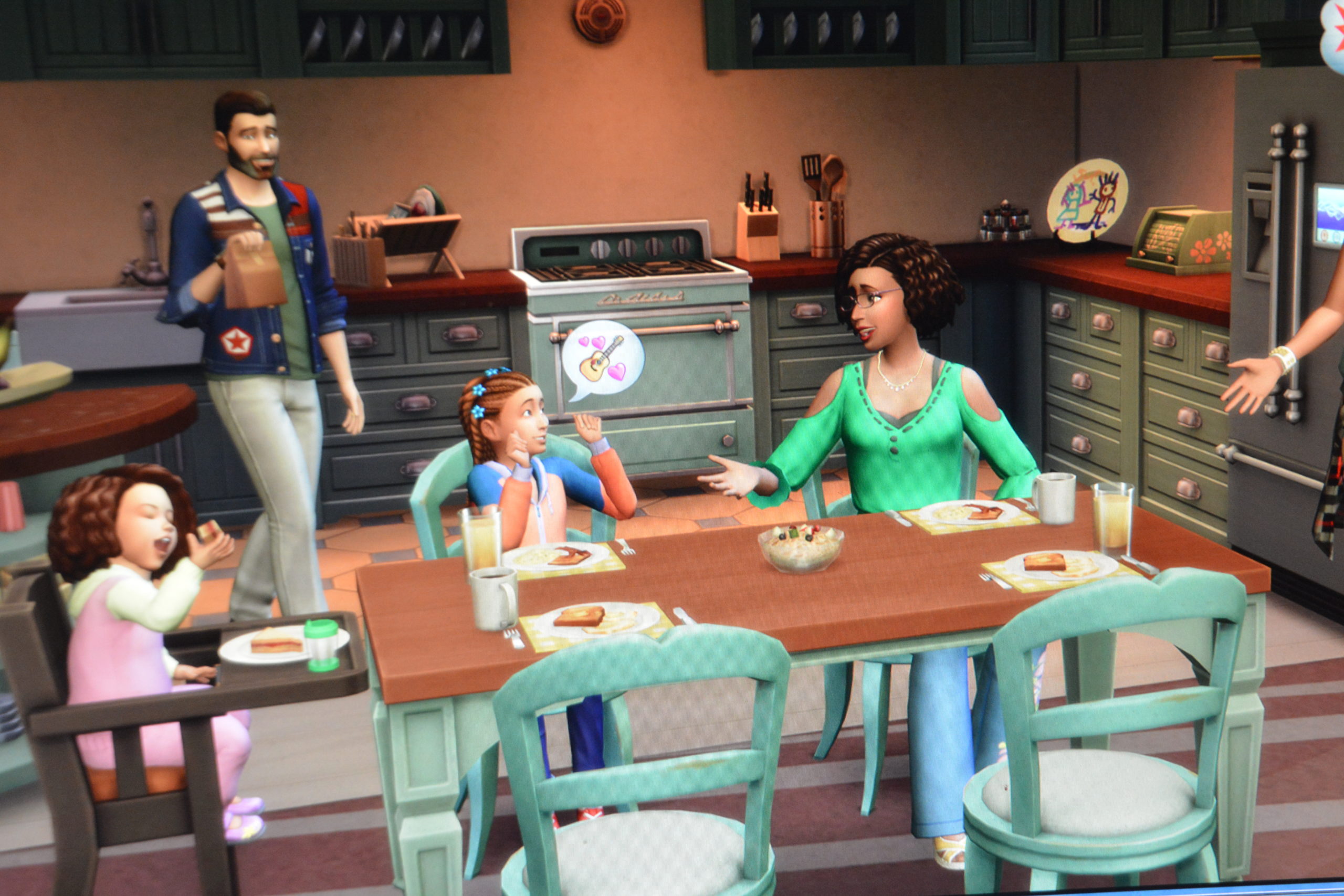 I am willing to bet that you did not buy a single board game for your children this Christmas. Monopoly, Clue and Risk are quaint relics of the distant past. Today’s children love games with names liked Grand Theft Auto 3, Mortal Kombat, Habbo Hotel, The Sims or World of Warcraft. If you are over 70 years of age, these names may sound vaguely familiar, but if you’re a teen, you may be spending upwards of 20 hours per week mesmerized with The Sims, a virtual reality game filled with people struggling with boredom, anxiety or frustration just like you and me.

Do not minimize the impact of video games. If you want impressive statistics. try these on for size. The income generated by the video game industry exceeds revenues generated by the Hollywood film industry or the music industry. Microsoft’s “Halo 3,” one of the most anticipated video games ever launched, earned $179 million in the United States alone within 24 hours. The GDP of the virtual world of gaming exceeds the GDP of several countries, including Syria, Lebanon and Sri Lanka. In other words, the video gaming world has arrived and it’s not going away.

The power of the video game industry has been closely watched by big business, which has a knack of monetizing almost anything. As an example, Burger King sells an Xbox video game which features that creepy-looking king and a scared chicken for $3.99 provided you first buy a Value Meal. The game is entertaining and serves as a prolonged advertisement or what is now called an advergame.

The book seemed to me a foretelling of what is to come. They failed to mention “Homo Ludens,” the classic book written by Dutch historian Johan Huizinga on man’s need for play, but they did mention flow theory and the work of Mihaly Csikszentmihalyi of the University of Chicago. Flow theory states that you will optimize performance when you enter flow (or the zone) and this is achieved with a combination of clear goal setting, clear feedback and the right amount of challenge and that’s what video games do naturally and effortlessly.
The problem with life as well as business is that there you can procrastinate, avoid and delay which slows growth, prevents feedback and produces boredom. Not so with sports or video games.

As a sports psychologist, I know that “flow” is the holy grail in competitive sports, but it’s not an easy state to find. As flow theory revealed, clear goals, fast feedback and increasing levels of challenge coalesce into enhanced performance. And when you get there, it does feel like play.

As an overspent and overworked American, I can see that today’s world is filled with stress, anxiety, COVID, and way too much work. One reason I became a sports psychologist is to enjoy my work by talking with people who played games for a living.

Recently, one of my patients asked if I get bored or anxious by listening to so many problems all day. I told her that the joy of my job is in figuring out how present problems are caused by past long-forgotten issues and how to help them find their rightful future. This is fun and exactly what Csikszentmihalyi meant when he talked about the need for having challenges in life.

I am glad that the business world is embracing games, even if these games are virtual ones. The days of learning from textbooks is quickly coming to an end. Now MBAs from Harvard Business School play a virtual game called Everest where they learn how to share information with colleagues, not get trapped in conflicts, not waste time arguing and avoid mind-numbing groupthink conclusions,

The Sims is a video game for the general public and was the brainchild of Will Wright whose house burned down in 1990. As he rebuilt his home, he developed the idea of building a virtual life. It was meant to be a satire on consumer culture and framed after American psychologist Abraham Maslow’s needs hierarchy. The game lacks any clear goals other than to manage a family’s moods and help them to obtain their desires. It has sold over 200 million copies.

The future of psychotherapy may be found in something like The Sims video game. The Sims and psychotherapy both address basic human needs, which are to earn money, establish a family and community, obtain some measure of pride, find love and to become self-actualized.

Some young mastermind will produce a video game called “Time to Visit Dr. Sims.” You will have to virtually drive up to the building, find a place to park without hitting anyone and walk up and into the waiting room where you will gaze at the pictures on the wall and begin to wonder what you may say in the session. Dr. Sims will come out to greet you and look you over with a quizzical but benevolent smile.

He might get things started with a vague query into how you are doing today. You will begin and he will offer prompts along the way to keep you going deeper inside your issue. You may have to report dreams and free associate to the dream images and what they may mean. Dr. Sims may offer some solace and support if you seem sad and some encouragement if you seem afraid to take the next step. He will ably connect your present troubles with your childhood pain, those dreadful bullying moments and sibling rivalry. He will then smile and say time is up, see you next week.

I am glad that I wasn’t born 50 years from now because surely I would be out of a job and then what would I do? Maybe become a virtual sanitation worker or some such thing.