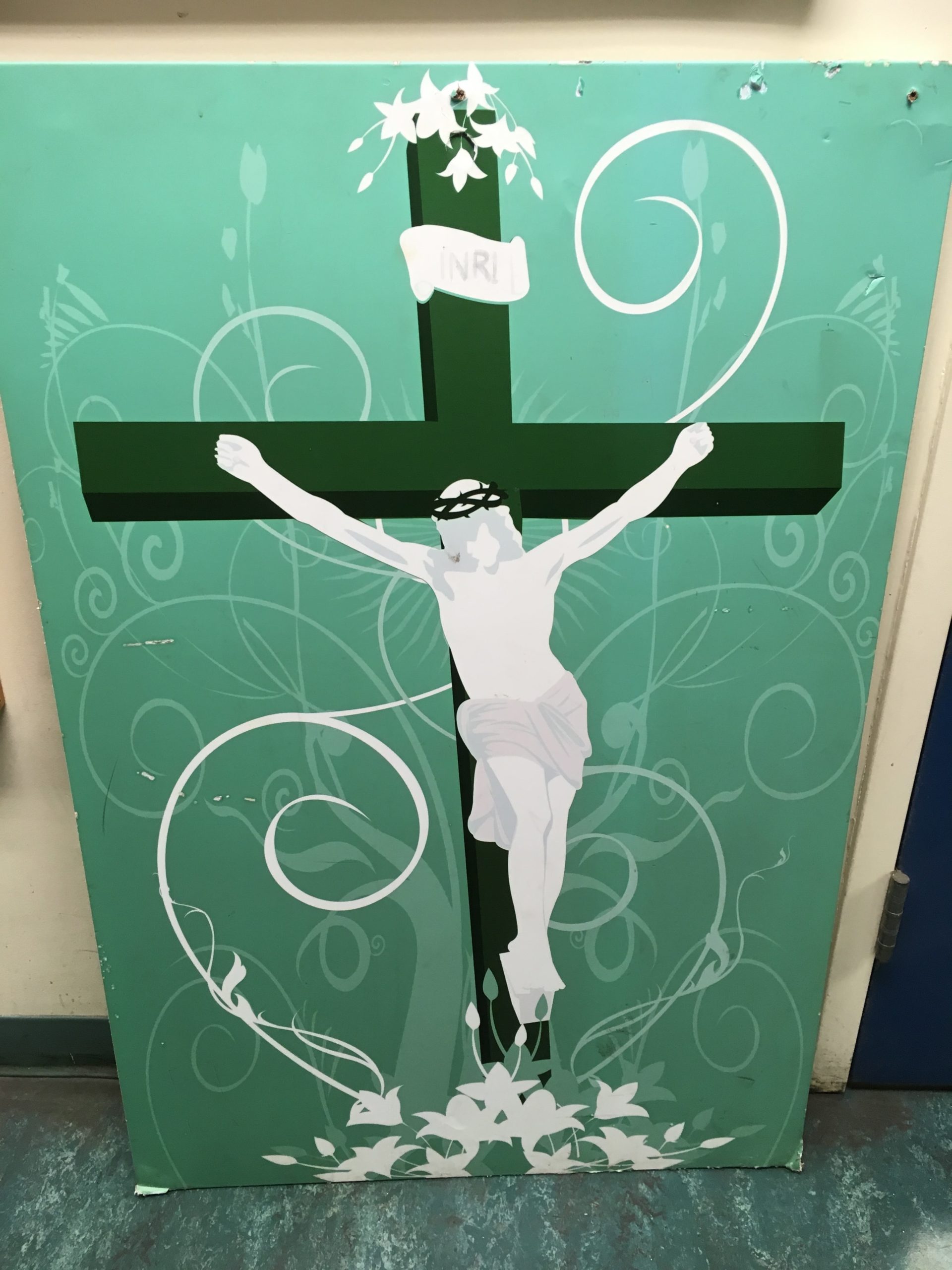 This painting was found hanging from the fence at the Hillside Islamic Center last Friday.

Police are looking for the person who hung a painting of Jesus at a North New Hyde Park mosque last Friday.

Surveillance video shows a man riding up to the Hillside Islamic Center on a bicycle at 12:22 a.m. last Friday, pulling a shopping cart along with the painting in it, Abdul Aziz Bhuyian, the mosque’s president, said.

The man, wearing a dark shirt and white shorts, then hung the painting on a fence outside the building at 301 Covert Ave., Bhuyian said.

The picture shows a white silhouette of Jesus hanging on a cross over a light blue background.

An employee at the Hillside Islamic Center found the painting around 10 a.m. that morning, Bhuyian said.

It was reported to Nassau County police at 5:43 p.m., police said. Police are investigating the painting’s appearance as a bias incident.

“I’m sure … he wanted to provoke,” Bhuyian said. “Had he had good intentions he would have come to us. We’re always here.”

Muslims worship Jesus alongside the other prophets of the Abrahamic faiths, including Abraham, Noah and Muhammad, Bhuyian said.

Bhuyian said he wants police to talk to the man to determine his motive for leaving the painting.

Bhuyian said he thinks the person was motivated by recent anti-Muslim political rhetoric meant “to create a tension between communities.” People in the Hillside Islamic Center congregation were surprised by the painting, but not intimidated, he said.

“We want to make sure the person doesn’t do the same thing to anybody else,” Bhuyian said.

The man seen on the surveillance video appeared to be white or Hispanic and in his late 20s or early 30s, Bhuyian said.

Anyone with information about the incident can call Nassau County Crime Stoppers at 1-800-244-8477 to leave an anonymous tip. 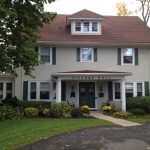