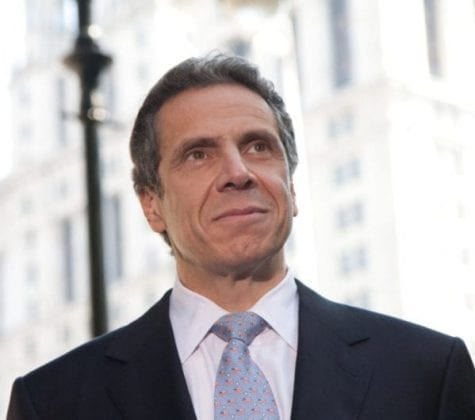 A pair of former aides to Gov. Andrew Cuomo publicized alleged instances of sexual harassment from the Governor during their tenures. (Photo courtesy of Wikimedia commons)

A pair of former aides for Gov. Andrew Cuomo have accused him of sexual harassment.

U.S. Rep. Kathleen Rice (D-Garden City) said she supported an investigation of the allegations and later said Cuomo should resign.

“The accused is still trying to control this process,” Rice tweeted on Sunday. On Monday, Rice tweeted, “The time has come. The Governor must resign.”

The first allegation came from Lindsey Boylan, an employee of the state’s economic development agency beginning in 2015. Boylan said her first encounter with Cuomo occurred at Madison Square Garden to promote a Penn Station expansion project.

Boylan said the next day her boss told her Cuomo had a crush on her, which she described as “an uncomfortable but all-too-familiar feeling.” Boylan went on to describe her complaints to friends about how Cuomo allegedly touched her lower back, arms and legs.

Boylan’s true fear of Cuomo began in December 2016, when Cuomo’s “body person” allegedly told her to visit the governor in the state Capitol building in Albany. Boylan said she and Cuomo were alone in his Albany office as he showed her a cigar box that he allegedly said he received from President Bill Clinton.

While Boylan said Cuomo did not touch her at that time, he allegedly began to make more inappropriate gestures to her, including giving her an autographed headshot of himself she noticed appeared in her office one day and sending roses to her, along with other female staffers, for Valentine’s Day, the only female employee on her floor to receive them, she said.

Cuomo then allegedly kissed Boylan on the lips in his Manhattan office in 2018, when she was promoted to deputy secretary for economic development and special adviser to Cuomo.  After that, she said, her fears of going to work each day made her more and more nauseous, and other female senior advisers reportedly “grew hostile” after she began speaking up for herself. Boylan said she announced her resignation from the state government in a mass email to staff members on Sept. 26, 2018.

“There is a part of me that will never forgive myself for being a victim for so long, for trying to ignore behavior that I knew was wrong,” Boylan said. “The Governor exploited my weaknesses, my desire to do good work and to be respected. I was made to believe this was the world I needed to survive in.”

Charlotte Bennett, a former executive assistant and health policy adviser in Cuomo’s administration, told The New York Times that the governor harassed her during the late spring of last year. The 25-year-old told the newspaper that in June, Cuomo asked her numerous questions regarding her personal life and if age played a role in romantic relationships, along with saying he was “open” to relationships with women in their 20s, around 40 years younger than him.

“I understood that the governor wanted to sleep with me, and felt horribly uncomfortable and scared,” Bennett told The Times. “And was wondering how I was going to get out of it and assumed it was the end of my job.”

Bennett, who was first hired by the state in 2019, left last fall, according to The Times.

Cuomo’s office claimed Boylan’s accusations were untrue, but state Attorney General Letitia James has launched an investigation into the allegations. Cuomo said he expressed good-natured teasing toward his employees, but never intended to cause any harm.

“I now understand that my interactions may have been insensitive or too personal and that some of my comments, given my position, made others feel in ways I never intended,” Cuomo said. “To be clear I never inappropriately touched anybody and I never propositioned anybody and I never intended to make anyone feel uncomfortable, but these are allegations that New Yorkers deserve answers to.”

State Assemblyman Charles Lavine (D-Glen Cove) said he has the utmost confidence in James’ office in conducting the investigation into the allegations against Cuomo.

“New York State’s Attorney General will be responsible for the investigation into the troubling allegations against Governor Cuomo,” Lavine tweeted Sunday. “While there were some reactive calls for an inquiry to be conducted by the legislature, I have full confidence in our AG.” 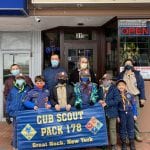 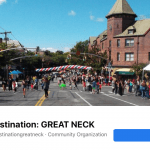