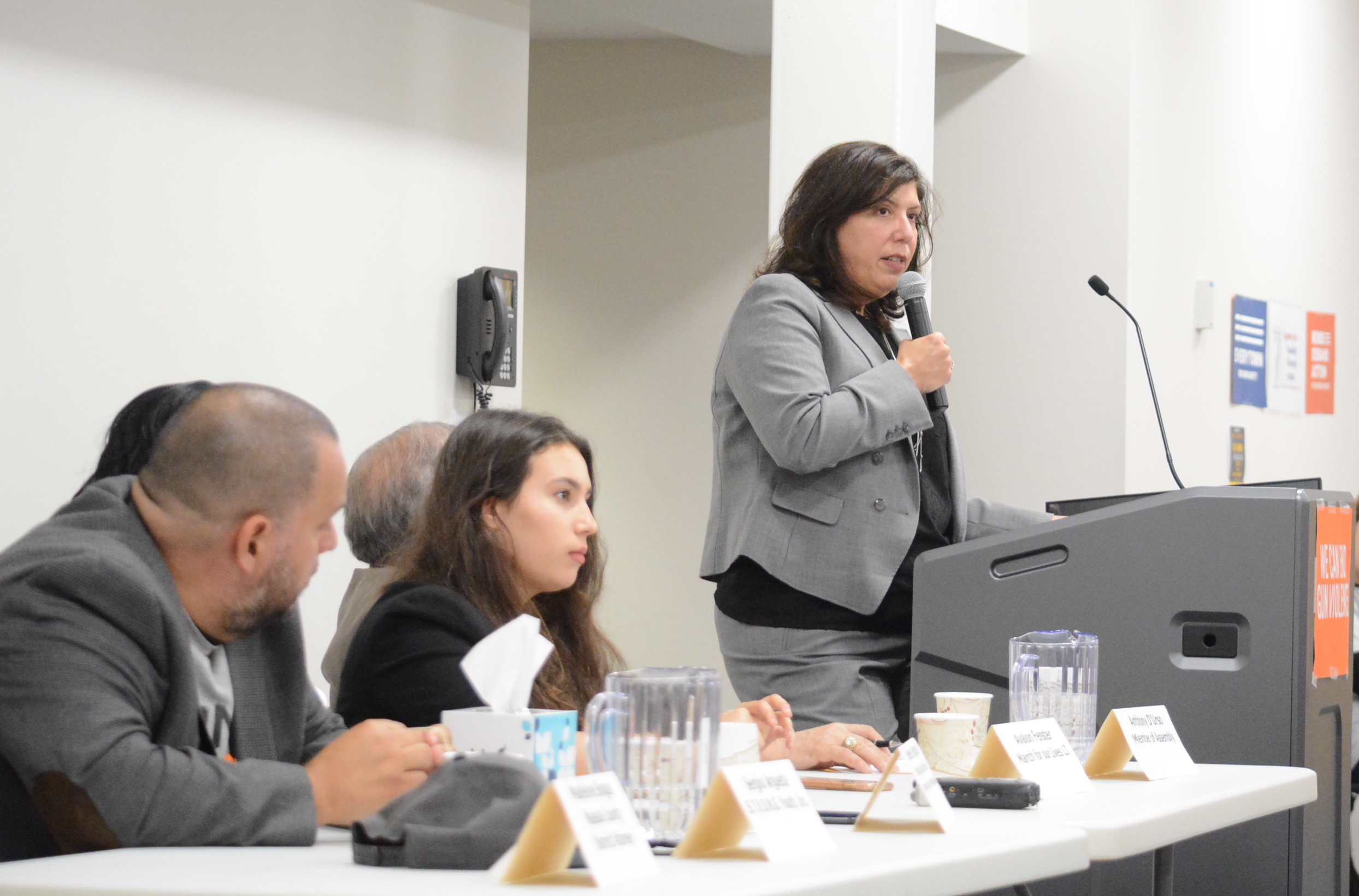 Nassau County DA Madeline Singas and other panelists addressed an audience at a gun violence prevention forum at the Great Neck Library on Thursday. (Photo by Janelle Clausen)

Sergio Argueta, 40, can still hear the beeps in his head from when his best friend was shot and killed when he was 19 years old.

He can also remember how, in his role as a school social worker in Uniondale, he had lost eight students to violence and nearly lost Marvin – a 14-year-old boy left paralyzed from the neck down after a drive-by shooting.

“This is what gun violence does,” Argueta, the founder and board president of S.T.R.O.N.G. Youth, a non-profit gang prevention and intervention agency, told the audience.

Argueta’s stories of “broken systems” and lives lost were just some of what panelists shared about the cost and causes of gun violence at a forum at the Great Neck Library on Thursday night, which more than 40 people attended.

The panel, co-hosted by Moms Demand Action and Great Neck-based North Shore Action and moderated by state Assemblyman Anthony D’Urso (D-Port Washington), came in response to incidents of gun violence in local communities. It also occurred at the same night as a fundraiser at the Inn at New Hyde Park being held by the Nassau County Friends of NRA.

Avalon Fenster, 16, the founder of March for Our Lives Long Island, said the mass shooting at Majory Stoneman Douglas High School in Parkland, Florida, where 17 people were killed, was a strong call to action for her.

But, she noted, gun violence has been a consistent issue and that mass shootings only make up a small part of deaths.

She said it’s pivotal to investigate the “fundamental causes” of violence, as well as recognize that a lot of communities have been ignored and educational funding is lacking.

“I’ve got to break the news to you,” Fenster said of ‘recent’ slews of gun violence. “It’s not recent.”

Shenee Johnson, a member of the Moms Demand Action Survivor Network whose son Kendrick Ali Morrow Jr. was shot and killed, agreed with Fenster and said that shootings have tended to “disproportionately affect communities of color.”

“People unfortunately don’t want to be bothered sometimes until it comes to their door,” Johnson said.

Johnson also called on audience members to “vote out anyone” who doesn’t stand against gun violence and that their “time is up,” prompting cheers from the audience.

Nassau County District Attorney Madeline Singas, like Johnson and Argueta, said she was “inspired” by young people like Fenster who are pushing for change.

Singas also highlighted efforts to reduce deaths from gun violence, like the establishment of a school safety task force the DA’s office offering “stuff penalties” in violent gun homicide cases, which have decreased in Nassau County.

“There is no tolerance for it here in Nassau County,” Singas said.

Singas also said there is legislation that could further make communities safer. She said safe storage legislation, which would require firearms be stored in a secure place, would reduce the chances of mentally ill people or children accidentally killing themselves.

Additionally, Singas said establishing Extreme Risk Protection Orders – or a court-issued order that prohibits people seen as dangerous to themselves or others from possessing a firearm – would also help drive down gun-related deaths.

But a piece of legislation concerning to her, she said, is a concealed carry reciprocity bill that would allow one state’s concealed carry permit to be valid in a state with more restrictive laws like New York – causing problems for law enforcement and prosecutors.

“And that would cost people’s lives,” Singas said.

When asked about how to avoid potentially stigmatizing people with mental illness – who are more likely to be victims rather than perpetrators of violence – Fenster said they need to “pivot the narrative.”

Fenster said that since the majority of gun deaths are from suicide, a focus should be placed on expanding access to health care so people can get help and treating individuals with mental illness with empathy so they aren’t further isolated.

An audience member also asked about the progress of legislation regarding safe storage legislation in Nassau County and a microstamping bill in the state legislature, which would require guns to be sold with micro-stamping technology that prints a gun’s model and serial number on each cartridge after it’s fired to aid in tracking down perpetrators.

Joyce Gorycki, a gun control advocate whose husband was killed in the 1993 Long Island Rail Road mass shooting, said the best way to assure politicians will fight for their interests is to not vote for someone who takes money from the National Rifle Association. 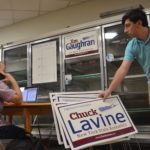 Meet the college students running a political campaign
Next Article 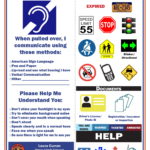