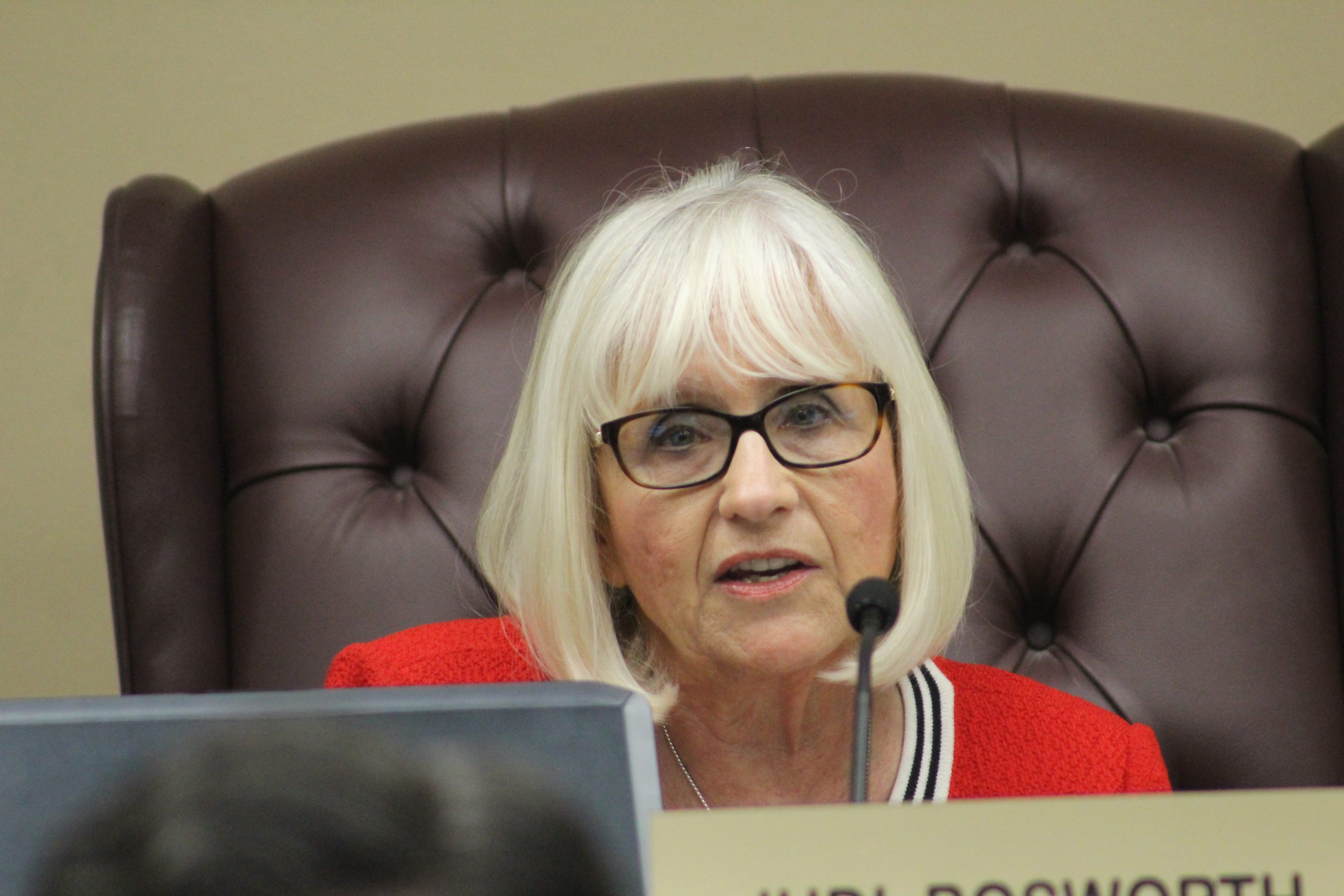 North Hempstead Town Supervisor Judi Bosworth told residents the town is not required to hold another public hearing for a decision the board granted 20 years ago that is being acted on now to build an Islamic center and accompanying parking lot. (Photo by Rebecca Klar)

An application approved by the Town of North Hempstead 20 years ago is causing outrage among residents in the Searingtown area.

Residents filled the Town Board room on Thursday to speak out against a parking lot said to fit 77 cars being constructed for an Islamic center set to be built on the corner of Shelter Rock Road and I.U. Willets Road.

Supervisor Judi Bosworth said in a statement after the meeting that leaders of the Shelter Rock Islamic Center have made it known that they are in contract to acquire the 2 Shelter Rock Road property.

Residents questioned why they were never informed about the project and why there was no public hearing on the proposal.

Town officials said there was a public hearing – 20 years ago when it was first approved for the North Hills Synagogue, but never acted upon

At the time, it was well attended, according to Michael Levine, the town planning commissioner.

The building was once home to the Boy Scouts and later the synagogue.

As the 1998 plans have not been changed, the approval stands two decades later.

The thin, one-way street will be “strangled with traffic” based on the proposal, Peter Heller, a Roslyn resident, said.

“Speaking from myself, it is a disgrace,” Heller said.

Heller, along with a handful of other residents who spoke, said he had been living in the area for more than 40 years and never received notice, not even at the time of the 1998 decision.

Many who didn’t come up to speak yelled out in agreement from the audience.

Mark Karten, a Roslyn resident, said in an interview that he thought the unused land would be used for storm drainage.

Karten said he never received notice and only knew of the project once he saw construction beginning.

Town officials said only residents who lived within 200 feet of the project would have received notice at the time.

Town code has since changed to notify residents who live within 300 feet of a project, officials said.

Despite residents claiming the project would cause major traffic issues and pose potential safety risks to children in the area, town officials said a traffic study was done before the project was first approved.

Heller said he believes a further study should be conducted.

Town Attorney Elizabeth Botwin said there is no legal basis for the town to take further action.

“We are faced with a very unusual situation where the developer, the owner, took such a long time to go ahead with the development, but it was approved and something that was authorized,” Botwin said. “When you have a place of public assembly you have to supply parking and a religious facility is permitted to be constructed in a residential area.”

Susan Wicker, a Roslyn resident, said she is upset because she feels there is nothing she can do.

Bosworth said she believes those building the Islamic center will want to meet and speak with the community.

“I know that the Islamic center will want to be a good neighbor, and they’ll be willing to hear your concerns and accommodate them to the extent they can consistent to building a place of worship next to Shelter Rock Road,” Bosworth said. 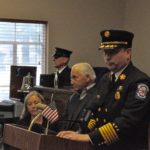 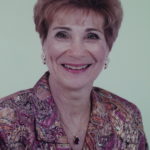 Late commissioner Tamarin to be memorialized at Steppingstone Park