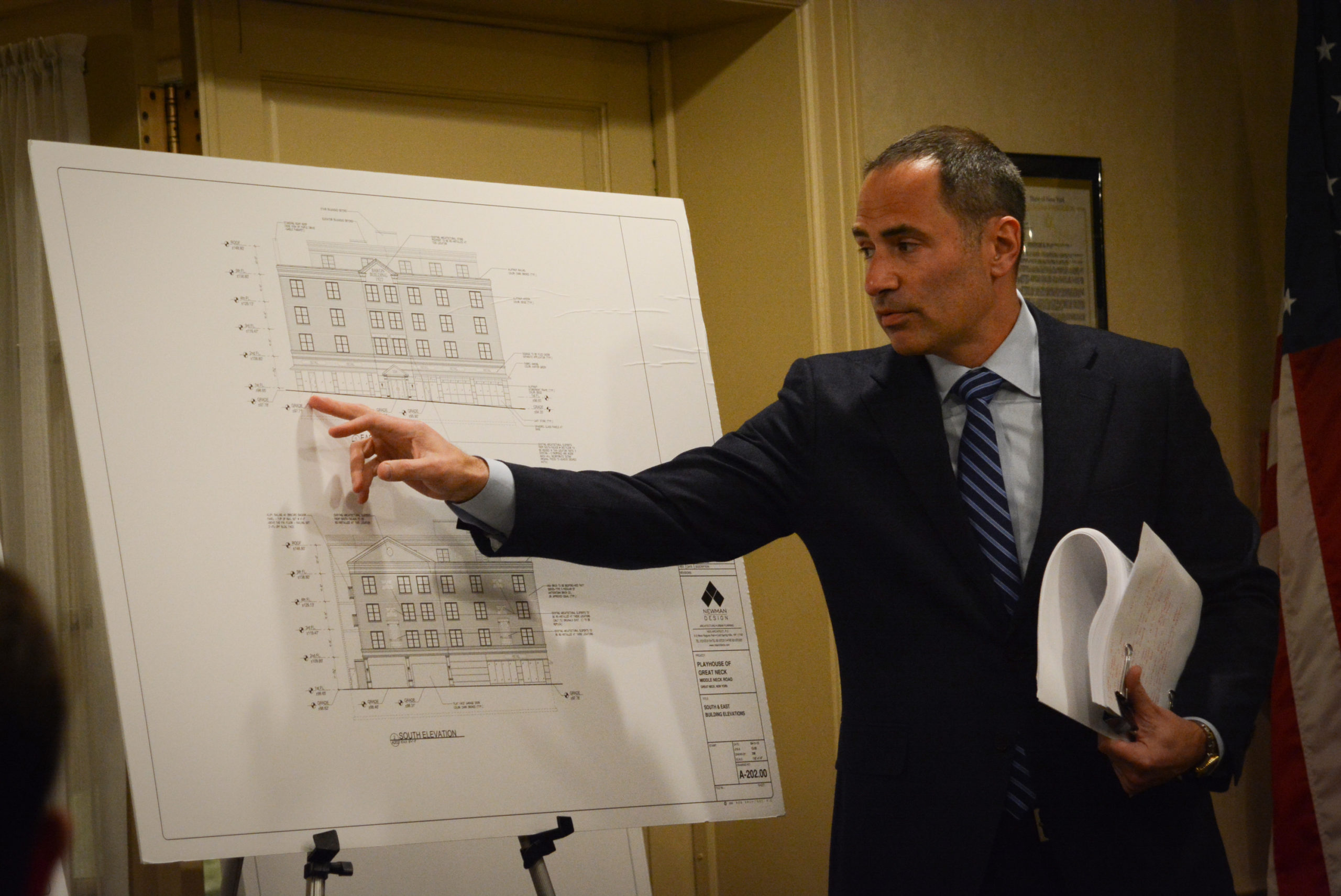 Sean Mulryan, the head of Mulryan Engineering, outlines the phases of the project and how they plan to mitigate its impact. (Photo by Janelle Clausen)

Developers from First Playhouse of Great Neck Corp. came before the Great Neck Estates trustees seeking to amend an incentive zoning permit on Monday night, outlining safety measures for the playhouse’s demolition and how long it will take to replace it with an apartment complex.

Ely Sakhai, the chief executive officer of the corporation, has planned to redevelop the site with a 20-unit, 35-bedroom apartment building with retail space. The plan, which keeps the building’s original facade and foundation, was first approved in its original form in 2007 but has been contemplated since the early 2000s.

William Bonesso, an attorney representing the developers, said that because the 2007 approval was based on a contemplated building different from the present version, they needed to make amendments to the permit.

The zoning permit essentially acts as a precursor to the securing of a building permit to eventually build the complex, Bonesso said, with demolition “starting even before that.”

Brian Newman, the director of architectural services at Newman Design, said the five-floor building would feature a ground floor of retail space with a residential entrance in the center. There would also be a parking garage and setbacks for the various floors.

William Bonesso, an attorney representing the developers, said the project would occur in stages and could take around two and a half years to complete.

“You’re not just going to have walls caving in on the property,” Bonesso said.

Sean Mulryan, the head of Mulryan Engineering, a traffic engineering firm, said a portion of Maple Drive would be closed to allow construction vehicles and workers easier access,  with the rest of Maple temporarily becoming a two-way street so affected neighbors can leave their homes.

There would also be a temporary crosswalk installed, signage and detour signs placed by the developer, Mulryan said.

In a later phase, Mulryan said, Maple Drive would be reopened to one lane and once more converted to a one-way road. A set of parking spaces on Middle Neck Road would also be turned into a temporary traffic loop.

Bonesso described the next phase as the “initial superstructure portion of the project,” where the new building would be framed, concrete would be poured and the building would grow.

Bonesso said the group anticipated both phases taking no more than six months, but noted that Great Neck Estates Mayor Deputy Mayor Jeffrey Farkas suspected these two phases could take up to a year and a half.

The final phase of the project, expected to be 18 months, would mostly involve interior work like plumbing, sheetrock, electrical work and painting.

Fabio Salazar, the head of Always First Demolition, said it would take 30 to 45 days to create a proper safety enclosure for the building. This would involve the creation of a sidewalk shed to shield people walking nearby, extensive scaffolding and fencing all around.

Project representatives said they also intend to remove asbestos through a subcontractor, hose down the building to contain dust, and keep cleanup crews on site.

“The county and the villages have spent a lot of time and a lot of effort coming up with a plan that allows the building to come down and come back up in a timely matter,” Mulryan said, “but [it] also protects the residents, pedestrians and vehicles and allows construction workers to come in and out of the site.”

Jean Celender, who has been mayor of Great Neck Plaza since 2000, pointed out that while the building is within the borders of Great Neck Estates, sidewalk and road issues fall within her jurisdiction.

But Celender said many of those issues have been mitigated, such as by allowing project workers to buy permits for the Great Neck Plaza parking garage, and encouraged the Great Neck Estates board to move forward on the project, which she described as a necessity for smart growth.

“It’s 99 percent. That’s about perfection as you’re going to get,” Celender said of the plans.

“It’s sat there as a building that’s deteriorated as we sit here,” Celender said. “I think it doesn’t [presently] benefit your village, it doesn’t benefit my village.”

Trustees did not take action on amending the permit at the meeting.

NOTICE OF SALE, Supreme Court County Of Nassau
Next Article 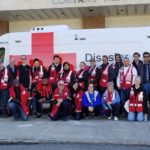