Planting Fields Foundation is honored to be the recipient of $177,210.45 from the Robert David Lion Gardiner Foundation in an unprecedented award of multiple projects in celebration of Olmsted 200.

The collection of projects will serve as a catalyst for the broader awareness of the Olmsted heritage at Planting Fields and on Long Island, as well as ensure Planting Fields has a robust presence in the 2022 national celebration of the bicentennial of Frederick Law Olmsted’s birth, Olmsted 200.

The four projects funded by the Robert David Lion Gardiner Foundation include a national symposium, Situating the Residential Projects of the Olmsted Firm, in partnership with the National Association for Olmsted Parks and the Frederick Law Olmsted National Historic Site, on October 19-21, 2022.

The symposium will feature experts in the field of landscape architecture history and practice who will contribute significant new scholarship on the understudied residential projects of the Olmsted firm spanning from 1857-1979, of which Planting Fields is a rare extant example.

Also included is a partnership between Planting Fields Foundation and The Cultural Landscape Foundation that will result in a guidebook highlighting Olmsted properties on Long Island and launch a two-day program touring various key Olmsted sites throughout the region.

Through this partnership, the Planting Fields Foundation will create the guidebook What’s Out There? with illustrated essays and stunning new landscape photography highlighting a collection of the unique Olmsted properties on Long Island.

Also supported through funding from the RDLGF, is the exhibition, Still Life Photography and Designed Landscape, that in addition to serving the scholarly interests of historians and admirers of photography and landscape design, will focus on women working as photographers in the early 20th century, a subject intended to appeal and inspire an audience of women and girls.

Finally, the culminating project of the totality of the Olmsted 200 initiatives funded by the RDLGF is the first ever major publication on Planting Fields, positioning the site as a complex, comprehensive, and still intact example of private Olmsted commissions. Partnering with a major publisher, this monograph will catapult our site onto an international stage and firmly position Planting Fields as a world class destination and heritage site.

“The Robert David Lion Gardiner Foundation is delighted to support this national celebration. We are grateful for the Planting Fields Foundation role in recognizing Olmsted’s influence on Long Island as a significant piece in this offering. This is RDLGF’s first multi-faceted award allowing more complete and extensive programming,” said Kathryn M. Curran, executive director of the Robert David Lion Gardiner Foundation.

Gina Wouters, Executive Director of Planting Fields Foundation stated: “We are indebted to the Robert David Lion Gardiner Foundation for investing in us by being the primary sponsor of our four Olmsted 200 initiatives. Our ambitious vision and ideas would not be realized without RDLGF’s shared commitment to the work and for recognizing the transformative role the series of events will have on the heritage of Long Island.” 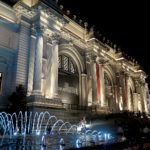