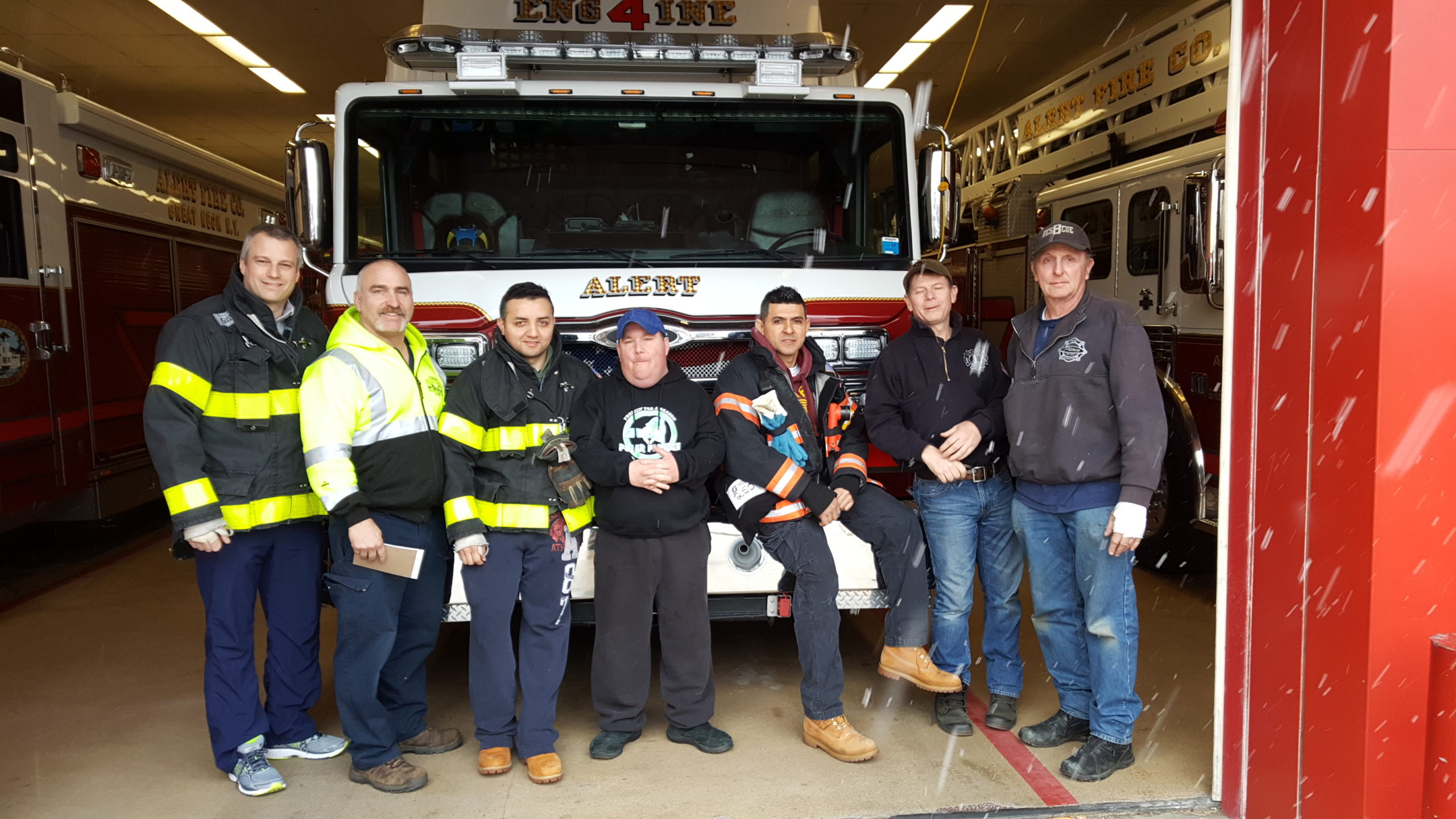 Erin Lipinsky said raising money for the Town of North Hempstead’s 13th annual Polar Plunge was not a competition.

Although the Great Neck resident was the event’s leading fundraiser for the second year in a row, Lipinsky said the Polar Plunge is about giving back to those who need it.

More than 300 people came out to North Hempstead Beach Park in Port Washington to help raise more than $51,000 for the Special Olympics of New York.

The funds help provide year-round sports training and competitions for more than 65,000 children and adults with intellectual disabilities to participate in over 22 Olympic-style sports.

Lipinsky, who is a special olympics athlete with the Great Neck Spirits basketball team, raised a total of $11,492 this year.

While he is proud of his achievement, he said it was a “big group effort” to raise as much money as he did.

“If I didn’t have that,” Lipinsky said, he could not have been as successful.

Among his biggest supporters are members of the Great Neck Alert Fire Company.

Lipinsky, Neubert said, has been coming to the firehouse since he was child.

Alert Fire Company member Ed Judson said himself and others at the company want to help because of the positivity and “enthusiasm” Lipinsky brings everyday.

Alert Fire Company members assisted Lipinsky by helping him seek out donors, donating themselves and providing safety for all the plungers at the event.

“It feels really good,” Lipinsky said of their support. “I got the right people into it.”

This year, he nearly tripled the approximately $4,000 he raised for last year’s Polar Plunge.

Lipinsky attributed his success to branching out and raising funds outside of the Great Neck peninsula in areas such as Manhasset, Port Washington, Little Neck and the Broadway Mall in Hicksville.

While he is proud of his accomplishment of being the top fundraiser this year, he said he has sights set on next year’s Polar Plunge, where he aims to raise $20,000.

No program cuts expected in NHP-GCP school budget
Next Article

Tennis Junction to close after 43 years in Great Neck