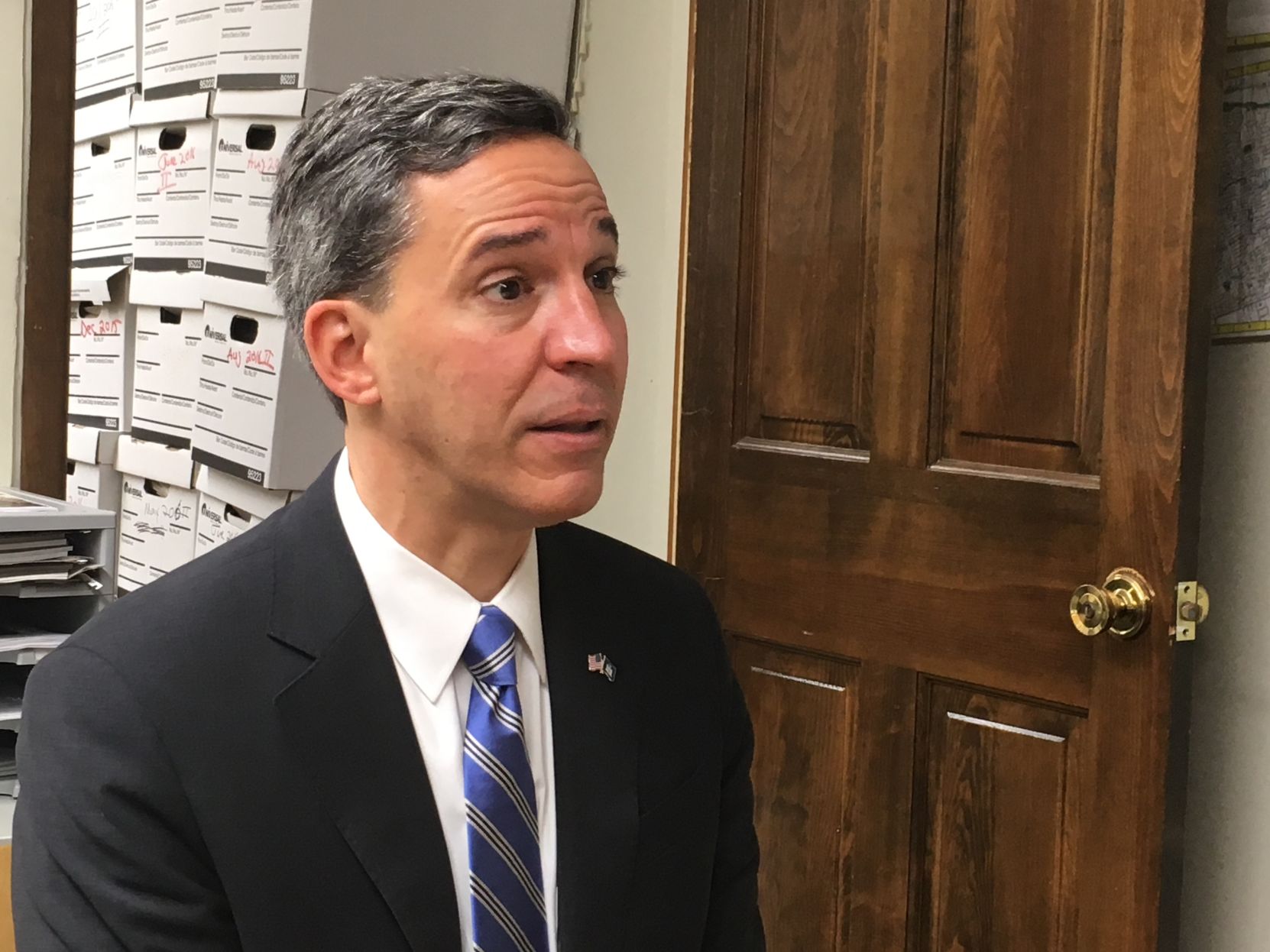 Both sons of immigrants and graduates of Mineola’s prestigious Chaminade High School, Martins, a former Mineola mayor, and Suozzi, once  Nassau County executive, made tough decisions and raised taxes to save their municipalities from fiscal distress.

But they did not get the same results, Martins said in a sit-down interview with Blank Slate Media.

Now an Old Westbury state senator, Martins said he left Mineola stronger than he found it, but Nassau County was no better after Suozzi’s eighth year in office than in his first.

“It is a marked difference to address the fiscal concerns that a village has, recalibrate and finish after eight years … That’s my story in Mineola,” Martins said. “… You look at where you started and where you ended, and the county in 2009, when Tom lost his election, was a county that was still mired in fiscal debt, was still, frankly, failing, was still borrowing to pay for expenses.”

Martins and Suozzi, vying in the election on Tuesday to replace U.S. Rep. Steve Israel in the North Shore congressional district, have sparred over their governmental records.

Martins reined in Mineola’s $33 million deficit and made its finances and downtown redevelopment plan a model for other villages, he said.

He touted the 2006 reassessment of all Mineola properties, the first in more than a decade, and the annual adjustments of assessments since.

That system has cut village expenses for property tax challenges by $1 million since 2008, current village officials have said.

But under Suozzi, Martins said, Nassau County’s debt grew, its property tax assessment system was “bleeding” and borrowing for operating expenses continued after Nassau was on the brink of bankruptcy in 2000.

The 13 bond rating upgrades Suozzi has touted in defense of the tax hikes do not prove his financial policies were sound, Martins said.

“Can anyone say that the county’s finances in ’09 were okay?” he said.

Suozzi has said he also trimmed Nassau’s workforce and renegotiated union contracts to help get the county on a more stable footing.

Kim Devlin, a Suozzi strategist, called Martins’ statements “baseless,” saying Suozzi took Nassau County’s credit rating from one step above junk status in 2000 to an “A+” with a stable outlook at the end of 2009, Suozzi’s last year in office.

“It is indisputable that with bold actions and battling powerful interests, Tom Suozzi took a county on the verge of bankruptcy and rated the worst-run county in America, and restored it to fiscal stability,” Devlin wrote in an email.

A December 2009 release from Fitch, one of the three  agencies, said “much improved” management helped it close budget gaps in every year since 2002, Suozzi’s first year in office.

Martins has faced criticism for his support of Donald Trump, the Republican presidential nominee. He says he is not endorsing Trump, but will vote for him over Democratic nominee Hillary Clinton because he thinks the country needs a new direction.

Martins roundly condemned Trump’s proposals to build a wall along the southern border with Mexico and to ban immigration from Muslim countries, and his past boasts that he could sexually assault women without consequence as a celebrity.

But Martins said he has “grave reservations about both of their moral values,” given the scandals that have beleaguered Clinton and her husband, former president Bill Clinton.

“I am no more responsible for Donald Trump’s statements than Tom [Suozzi] is for Mrs. Clinton’s servers, or her emails, or the Clinton Foundation, or for her decisions in Benghazi,” Martins said, referring to the 2012 attack on the U.S. Consulate in Libya.

Martins has campaigned as a moderate, bipartisan worker, touting his state Senate record that includes tax cuts, higher state aid for school districts and legislation such as this year’s paid family leave initiative and the 2013 Secure Ammunition and Firearms Enforcement Act, a gun control bill.

He and Suozzi have long agreed on the need for a lower corporate tax rate, additional gun control measures and the failure of last year’s nuclear accord with Iran.

On other issues, though, they identify the same problems but differ on how to solve them.

Martins said the Affordable Care Act, the landmark health care law known as “Obamacare,” has largely failed, evidenced by the recently announced average increases in premiums for the coming year.

Martins would vote to repeal the law, as the House of Representatives has done several times, but not without a plan to replace it with a system centered more on individuals’ needs, he said.

“The system itself, right now, is evaporating around us, and so unless we start thinking about a transition to something, leaving the status quo isn’t going to work,” he said.

While he said he would keep provisions that prohibit denying health coverage based on pre-existing conditions and that allow young people to stay on their parents’ policies until age 26, Martins argued that the law has not actually increased the number of people with health insurance.

That contradicts U.S. Census data showing 90.9 percent of Americans had health insurance in 2015, up from 83.7 percent in 2010, the year the law was passed, according to the news website PolitiFact.

Martins and Suozzi both favor corporate tax cuts to attract businesses back to the U.S.

But Martins said he would also back tariffs to discourage companies from leaving the country and moving jobs overseas.

Martins and Suozzi both say they strongly support Israel as an American ally in the Middle East.

But Martins said he considers the West Bank “part of Israel,” not Israeli-occupied territory, a position that goes against the American foreign policy of the last 50 years.

It is not U.S. lawmakers’ place to say whether Israel should give the right to vote to Palestinians living in the West
Bank, Martins said.

“I don’t believe allies and friends do that in terms of interfering in each other’s domestic policy,” he said.

Martins, the son of Portuguese immigrants, would like to open a path to citizenship for the 11 million undocumented immigrants living in the U.S., he said.

But he said he would agree to a path to permanent residency or some other legal status as a compromise. He is unsure whether he would have supported a 2013 bipartisan immigration reform plan that included a path to citizenship, he said.

“I think, if we were to look at this holistically, it’s more important to … give 11 or 12 million people a path to normalcy, a path to coming out of the shadows,” Martins said.