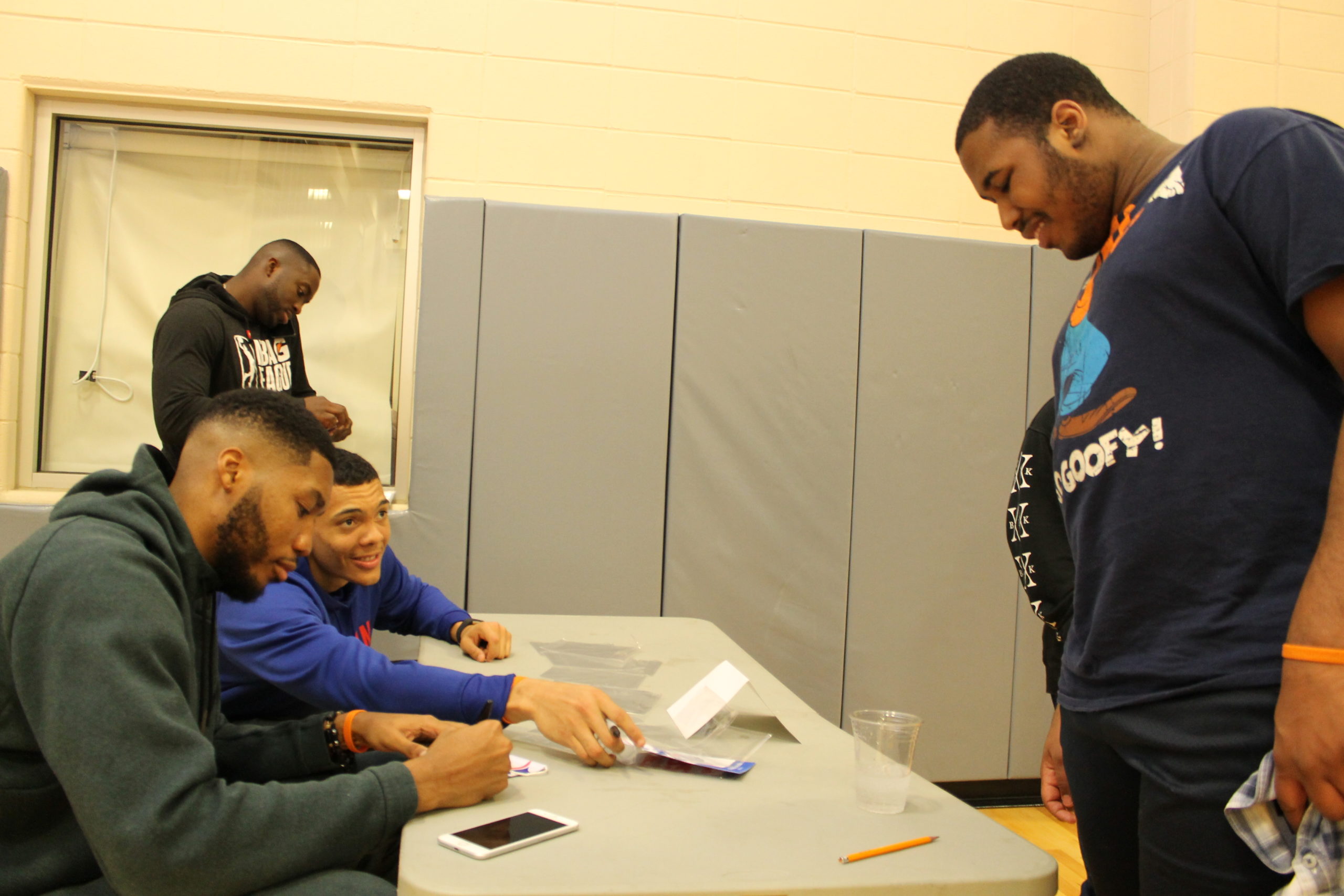 A local organization focused on providing healthy and holistic options for those with autism and special needs hosted its inaugural holiday party Tuesday night alongside Town of North Hempstead officials and Long Island Nets players.

Pop Earth, a Westbury-based nonprofit organization, partnered with Town of North Hempstead Councilwoman Viviana Russell to host the first Hop with Pop holiday party for the group’s children and families at the Yes We Can Community Center in Westbury.

Pop Earth founder Debbie Stone started the nonprofit in 2012 as her son, now 15, was growing up with autism and trying to find healthy options.

“You can turn on your TV now and see people doing yoga and all these things, but 10 years ago, we didn’t have that. You couldn’t go to McDonald’s and get a big salad. It didn’t happen,” Stone said. “We have this movement toward health and wellness but Pop Earth was ahead of the curve back then, and it’s still ahead of the curve now. There isn’t so much a focus on health and wellness, exercise and holistic options for this population.”

Long Island Nets player Kendall Gray from Dover, Delaware, joined the team this year and said he enjoys doing charity events with the team because “it’s what people live for.”

“I was one of the kids who wanted to look up to a professional athlete, and it’s special to be around kids who are looking forward to just being around you,” Gray said.

Pop Earth board Chairman and celebrity chef Franklin Becker said he has worked with other charities focused on autism but gravitated toward Pop Earth because of its holistic mission.

“What we noticed with the kids is a lot of them have limitations and struggle with everything from color to texture, and we were able to implement this program where they can actually touch the food that they’re then going to cook and then eat,” Becker said. “We noticed by doing that, the kids were more apt to try new things and much more apt to experience ultimately a change in their regimen.”

Pop Earth offers free and low-cost events throughout the year, and Becker said the group is always working on a tight budget. Becker, however, said the nonprofit’s fundraisers often have top-notch food thanks to his chef friends donating their time.

Russell said Pop Earth has been working with the town for a few years and the two are looking to spread the word about programs and resources offered by the town and Pop Earth.

“This was a great opportunity not only to partner with Pop Earth and share the resources throughout North Hempstead but also an opportunity for the parents and families of those who have disabilities to have a celebratory event,” Russell said.

Russell said while the event was their first, she hopes it isn’t the last. 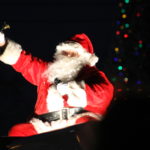 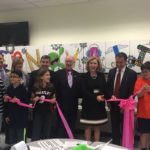