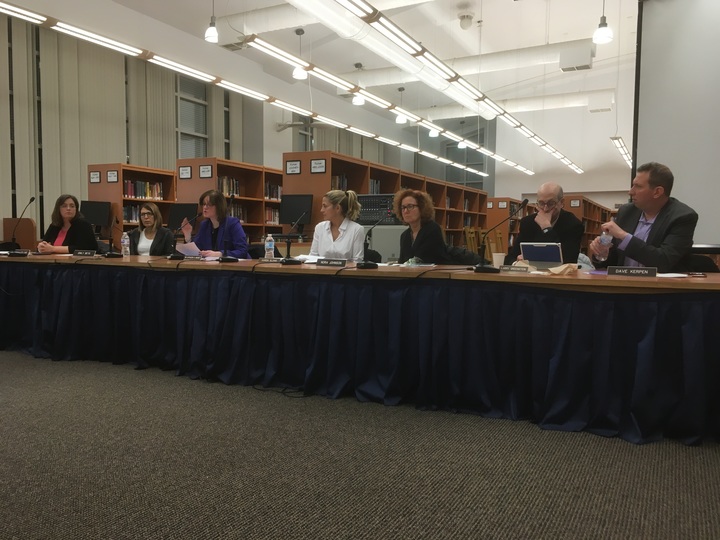 A file photo of the Port Washington Board of Education. (Photo by Luke Torrance)

On the night after a school shooting in western Kentucky where two students were killed and 18 people were injured, the Port Washington Board of Education discussed how far the district’s security has come in the last 14 years.

“Suffice to say, we had nothing,” Miller said of the 2004 plan, which included 14 uniformed guards from Nassau BOCES, one retired custodian assisting with morning traffic flow at the high school and six analog cameras in the high school cafeteria.

Miller said the uniformed guards were often derelict in their duties to patrol the school, and all of the guards were at the high school. The cameras were also low resolution and blurry, Miller said.

Now, however, the district employs 16 uniformed guards at the schools, and Miller said the majority of the guards are former law enforcement officers.

A guard also patrols the campuses from 2:30 to 11 p.m., and two guards patrol the grounds and buildings on weekends during the day.

The guards also have a car as well as a low-speed vehicle to aid in their patrols, Miller said.

Miller said the district is also looking to add a weekend night guard to the rotation.

Keyless entry systems have been installed at each school, which Miller said helps deter visitors from roaming, and visitors are required to check in through electronic kiosks.

The analog cameras have been updated with new digital cameras from Intralogic Solutions across the district. Miller said 28 cameras have been installed so far, and about 100 more are in the works for both indoor and outdoor coverage.

The video could be stored for at least one month on DVR and viewed on some of the school’s computers as well as by Nassau County, Port Washington and Sands Point police departments.

Miller said the district is also looking to add a one-button lockdown system with an instant connection to 911 and mobile devices. The system will instantly trigger automated messaging, computer screen takeover and blue strobe lights at key locations inside the school and on the grounds.

Port Washington Superintendent Kathleen Mooney said the district wants to be as unobtrusive as possible with security and Miller’s presentation was a broad overview of the district’s protocols but not everything the schools have was included in the discussion.

“It’s not something we want to think about, but if we didn’t have Dave, we’d have to think about it a whole lot more,” board President Karen Sloan said. 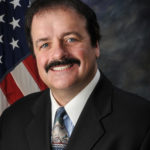