The village of Port Washington North approved a special-use permit extension last week for ALK Manufacturing, allowing the company to keep storage units on its Channel Drive property for another year.

“Unlike some other people on Channel Drive who just put a temporary storage unit in and let it sit there, [ALK] ask for permission, they get permission,” said Village Attorney Stuart Besen.

ALK, which produces pharmaceuticals, still has about two years of work to do in the village, he said.

Due to the nature of what they manufacture, Besen said, it would take time for ALK to update the high-tech equipment they use.

“We should take a field trip,” Mayor Bob Weitzner joked.

“If it is broken, there’s a major leak or it’s turned off, we will see that even though the sprinkler system is on, the water is not flowing,” Weitzner said.

He said that some of the plants in the Bay Walk died this year after the water was turned off but reports showed that the sprinkler was running as planned.

Two signs were approved for the village. GNC will be modifying their sign slightly when they move to a different area of Soundview Marketplace to make room for the T.J. Maxx. The other was for Safavieh, an outdoor furniture store on Channel Drive, which directed customers to the back of the building where the furniture was displayed.

“It’s really not a big deal,” Weitzner said before the board approved both.

The board approved to receive a grant from the state for the Village Court. Weitzner said the village did not know how much the grant would be. A public hearing was also set to ban parking on Sandy Court at the corner of Soundview Drive. 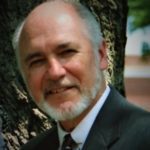