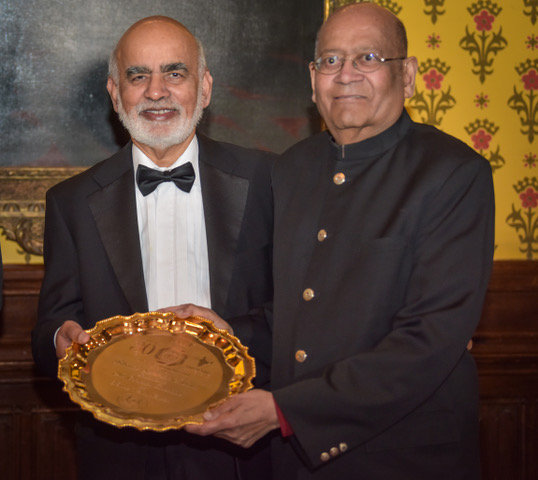 In 1960, Peter Bheddah arrived in the United States to continue his education.

But he returned to India frequently over the last few decades, making the trip back to oversee charity fundraisers and the construction of libraries.

In October, in recognition of his work in both India and the United States, Bheddah was awarded the Bharat Samman Award, given to a select group of people of Indian origin for outstanding achievement in their respective field and an understanding of a community’s needs through exemplary, selfless volunteer service.

“It was very humbling,” said Bheddah, who has lived in Port Washington with his wife, Dorothy, since 1983.

Bheddah was born in British-controlled Burma, now a country known as Myanmar. He came to the United States to study at Columbia University, where he met Dorothy. In 1972, he formed a Wholesale Electronics business with his friend, which he operated for almost 30 years. He retired from the work in 2001.

That same year, India was struck by a devastating earthquake in January 2001 that killed between 14,000 and 20,000 people, injured 167,000 and destroyed 400,000 homes. The epicenter of the earthquake was beneath the Gujarat region, where Bheddah had grown up.

Bheddah, a fundraiser for the Democratic Party, was invited to join President Bill Clinton in a visit to the region shortly after the earthquake.

“I saw the destruction, and when I came back, I realized that I could be doing more,” Bheddah said.

Bheddah used his funds to support projects worth $1 million that constructed a hospital, two libraries and 500 houses in the affected area. Since then, he has returned to India every year, using his fundraising prowess to support the purchase of medical equipment for Indian hospitals.

“We are supporting a project this year to help provide more eye surgeries,” he said.

Here in the United States, he helped to establish the Diwali food drive and was the grand sponsor from its beginning in 1995 to 2013. The drive provides goods to the needy on the Hindu holiday and is done under the umbrella of the Indian Association of Long Island.

The organization has provided almost half a million meals since it began.

The award was given out at the House of Lords in London. Bheddah received the award from Lord Diljit Rana, a member of the House of Lords. Also in attendance were Lord Swraj Paul, Lord Karan Bilimoria, the Commissioner of Canada to India Mr. Nasir Patel, and many other dignitaries.

“It was very humbling and very interesting because the House of Lords, I remember visiting but never knew I would get to go inside,” he said. “It was a great feeling.” 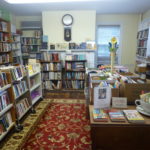 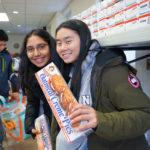 Rotary, community team up to help 1,200 families for Thanksgiving