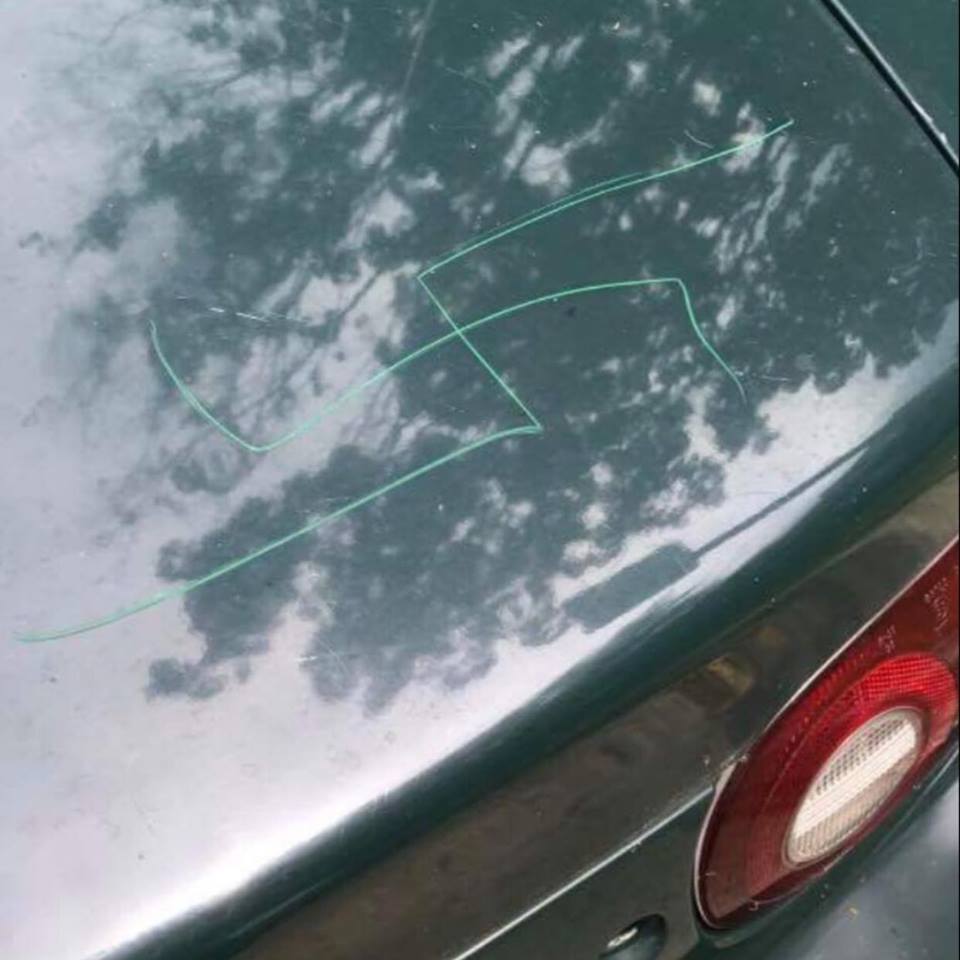 Three swastikas were carved into a car on Jackson Street in Port Washington earlier this week.

Two swastikas were etched into the hood of the car and one was carved into the driver-side window.

The Port Washington Police Department said it occurred sometime between Sunday and Tuesday.

The girlfriend of the car’s owner, who wishes to remain unidentified, said, “The whole situation is horrible.”

“Hopefully the person that did this is found,” she said. “What they did was terrible.”

In November, a student a Paul D. Schreiber High School found a swastika in the boys bathroom — the first of many found around Nassau County last year.

The words “make America white again” along with swastikas were drawn on a sidewalk in Mineola in December, and a Plainview man was arrested in December for allegedly drawing more than 100 swastikas on the walls at Nassau County Community College.

The hate messages led community groups, religious leaders and politicians to speak out against the incidents, calling for a more inclusive culture on Long Island.

Acting Nassau County Police Commissioner Thomas Krumpter had said the crimes “strike at the core values of any civilized society.”

People are concerned so while Jewish organizations have dealt with it on a global and national level, it became apparent that synagogues themselves weren’t fully versed on how to respond to individual events on a local level,” Matt Harris, a board member at the Reconstructionist Synagogue of the North Shore, said in April.