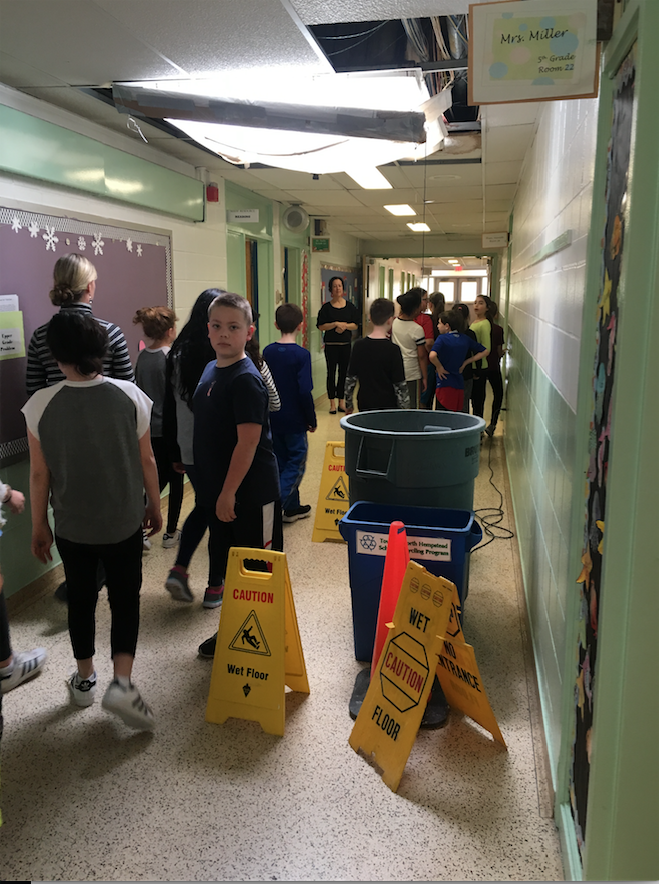 The Port Washington school district repaired a portion of a roof at Guggenheim Elementary School that has been leaking since the winter, Karen Sloan, president of the school board, said.

The leaky roof, which has angered many parents in the community, was repaired over spring break, according to a letter Sloan and Superintendent of Schools Kathleen Mooney sent to parents.

“All affected areas of the Guggenheim roof were repaired during the spring break to create a watertight seal,” the letter said. “While some residual water may continue to drain, we are confident that this new repair will prevent any further leaks from occurring until a new, permanent portion of the roof can be installed this summer.”

Funds for the new roof are included in the 2017-18 budget, which will be voted on by residents on May 16.

Once the budget is approved, the district is required to submit information, including architectural plans and a source of funds, to the state Department of Education, Mooney said.

The work on the permanent section needs approval because it is considered a capital construction project.

Rain and wind storms damaged the roof and it began leaking in the winter, most notably in the “green” and “yellow” wings of the building, district officials said.

The district attempted to repair the leaks over February break, but the repairs were unsuccessful.

Students in certain classrooms were then relocated to another section of the building, but class was not interrupted, officials said.

In March, the district hired an environmental consulting firm to conduct a moisture assessment to check if mold was growing in areas affected by the leak. No mold was found, according to the report.

In April, a representative from the state Department of Education inspected the building and found it was safe for students and confirmed the previous tests conducted, according to a report.

After repairing the roof over spring break, the district conducted an asbestos abatement test in the elbows of pipes in the affected hallways and found no asbestos, officials said.

“We have the necessary safeguards in place,” the letter from Sloan and Mooney said. “The building/roof has been sealed from water. Dehumidifiers are being used proactively in case any residual water should enter the building.”

The facilities staff is reviewing the area daily, officials said.