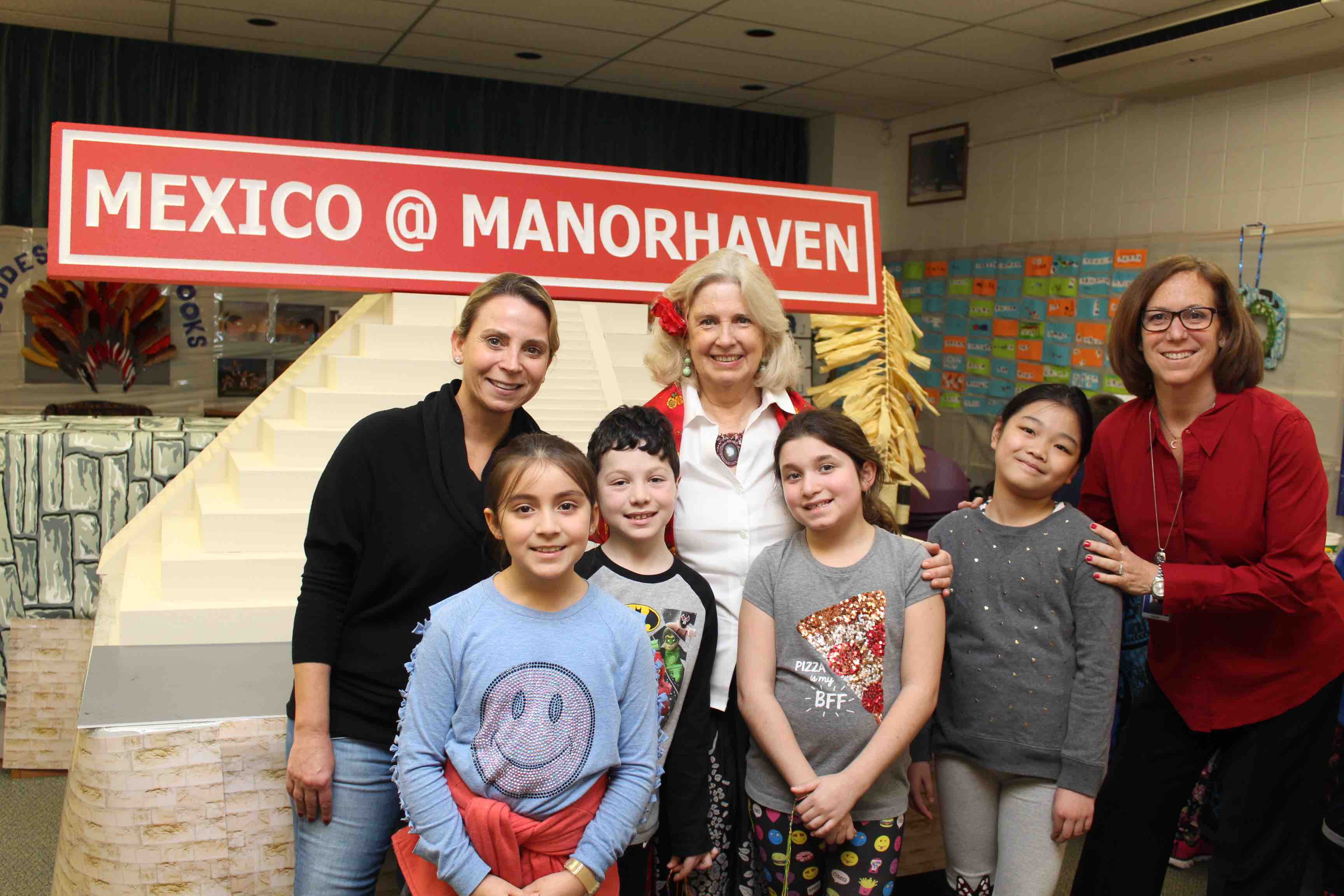 Students from Manorhaven Elementary School got a taste of culture from south of the border.

Manorhaven’s annual Cultural Studies Week, which ran from Jan. 23 to Jan. 27, allowed students to perform hands-on activities and learn about  the culture of Mexico in different classes.

Manorhaven has been studying one country’s culture every year since 1991, when it started with China, the school principal, Bonni Cohen, said.

“There is so much excitement and learning taking place in an authentic way,” Cohen said. “We have highlighted the cultures that are represented in our school such as Japan, China, Korea  and Central America and we have also ‘traveled’ to other countries for interest such as Ireland, Italy, West Africa, Turkey, Australia and Greece.”

The cultural center for the week was Manorhaven’s library, which was transformed to resemble the Aztec civilization, with a built-to-scale ancient pyramid called a ziggurat.

Students listened to stories, traded items in the Aztec market, created totem poles and sundials, used tablets to hunt for gold and learned about Mexico’s geography.

“Cultural Studies Week is a long-standing tradition at Manorhaven and one of the highlights of the year for the students, staff and parents, too,” Superintendent of Schools Kathleen Mooney said. “It is important to provide wonderful cultural experiences for young students, so they can understand them, celebrate them and respect them as members of a global society.”

While participating in interactive workshops, students made Mexican worry dolls and learned about Mexico’s scientific advancements from a representative from the Long Island Children’s Museum.

After learning about musical and scientific aspects of the Mexican culture, students got a taste of the culture, too, sampling quesadillas, guacamole, salsa, churros and Mexican hot chocolate.

“A colorful Aztec pictographic project and eye-catching and content-rich bulletin boards decorated the hallways, where students participated in a scavenger hunt to find interesting facts and artifacts from Mexico,” a news release said.

In music class, while learning about Mexican music, students listened and played instruments, such as the guittaron and the vihuela.

Cohen said Cultural Studies Week has been popular in the school with students, staff and parents.

“At any given time, you can see children around the building with clipboards working on a scavenger hunt to find information from the bulletin boards,” she said.

The week kicked off with an assembly, which included a skit from the school’s “English as a New Language teachers while the week was capped off with closing remarks by [Cohen] and a grand finale performance from the Mariachi Sol Mixteco entertainment group,” according to the news release.

“Each year we choose a country in order to  teach our children to celebrate diversity and appreciate the cultures found around the world,” Cohen said.