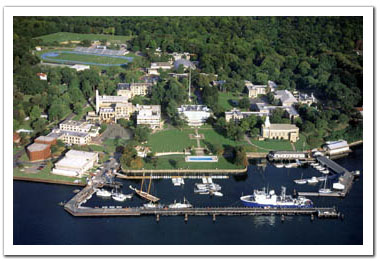 Incidents of sexual abuse and harassment at the Kings Point-based United States Merchant Marine Academy have largely gone unreported over the past decade, according to a Newsday review of federal records.

Between 2008 and 2015, the academy only received 14 official reports of sexual abuse, but anonymous U.S. Department of Transportation surveys of students showed that 17 women and eight men said they had been sexually assaulted during the 2011-12 school year, according to Newsday.

Chelsea Tapper, a 2014 graduate of the academy, told Newsday that she experienced sexual harassment by an upperclassman while she was enrolled at the academy, which included unwanted advances in an athletic room and at social gatherings.

Tapper said the upperclassman poured a beer over her head when he found out she had attempted to report the incidents to a school response coordinator.

“There is just such a lack of respect for women there,” she said. “Once we stepped through those gates we were no longer human. We were just objects for them to conquer.”

An independent auditor’s report commissioned by the DOT, which was released on Jan. 6, found that the academy must address its history of sexual harassment and assault by developing a comprehensive plan, change a culture of fear and form policies to improve sexual assault reporting.

The Logistics Management Institute report stated that a culture of “fear of reprisal and retaliation is a huge driver that causes midshipmen not to report incidents of sexual assault and sexual harassment” at the academy.

A DOT spokeswoman referred to comments made by U.S. Transportation Secretary Anthony Foxx after the LMI report’s release in response to Newsday’s report.

“The audit reinforces what the Defense Manpower Data Center, the Middle States Commission on Higher Education, the USMMA Advisory Board and our numerous interactions with midshipman have told us; that while the academy’s culture is grounded in a sense of service, discipline and teamwork, our young people are at far greater risk of sexual assault and harassment than they should be and that there are things we can do now and over the longer term to put a stop to it,” Foxx wrote to the academy’s superintendent, Rear Adm. James Helis, in a letter following the report’s release.

The academy’s Sea Year, when midshipmen spend an academic year aboard a merchant vessel, has been marked with controversy over the past year.

In July, the Middle States Commission on Higher Education issued a warning to the academy about its accreditation status, citing the school’s failure to meet five of the agency’s 14 standards. The report said the marine academy needs to take steps “to build a climate of mutual trust and respect on campus and during the Sea Year.”

Academy officials suspended the program on June 15 to hold student training on acceptable conduct in regard to bullying and sexual harassment, but in July the program was partly reinstated to allow midshipmen to serve Sea Year on federal ships, but not on commercial vessels.

In his letter to Helis, Foxx permitted the academy to restore its Sea Year program on commercial vessels as long as the marine academy and U.S. Maritime Administration, or MARAD, determine that a company has “complied with the credentialing criteria established” by the MARAD Shipboard Climate Compliance Team.

James Patrick O’Connor, who served as president of the academy’s Class of 2012, told Newsday that the culture at the academy persuaded midshipmen against reporting sexual abuse and harassment.

O’Connor said he knew of six women who had been sexually assaulted either on campus or during Sea Year.

He also said that during his Sea Year, he was faced with a difficult decision when the crew of the ship he was serving on took him and another midshipman to a brothel in China, where they had been docked.

“I suppose I could’ve said something, but there I was, a 19-year-old in a foreign country, not knowing the language and relying on these people for everything, including my safety,” O’Connor said.

Gillibrand’s proposal, which she introduced at a news conference at the academy, includes creating more resources for midshipmen to report instances of sexual abuse and harassment, giving midshipmen satellite phones while at sea to report sexual misconduct and subjecting the academy to Title IX, the federal law that prohibits discrimination based on gender.

Her proposal also includes conducting unannounced “spot checks” on commercial vessels and removing from the vessel any midshipmen accused of sexual misconduct, as well as offering training about sexual assault for crew members aboard marine academy vessels.

Marc Brumer, a spokesman from Gillibrand’s office, said the senator learned of the issue in July 2016 after the release of the academy’s annual report on sexual assault and harassment and that her proposals “did come as result of learning about the problems related to sexual abuse and harassment at the academy.”

“Following the report’s release she worked with all people involved, students, academy staff, alumni, parents and the Department of Transportation to formulate a set of proposals she believes after discussing with experts will help fix the situation,” Brumer said.

The U.S. Merchant Marine Academy Alumni Association and Foundation, or AAF, announced in October the creation of the Task Force on the Prevention of Sexual Assault and Sexual Harassment, a seven-member group of representatives from the maritime industry and different maritime academies.

The task force released a report of its findings last month, which stated it found “no evidence of a culture that condones sexual misconduct, nor a climate that facilitates precursory behaviors such as sexual coercion, sexual harassment, hazing or bullying.”

Midshipmen are not worried about their personal safety while serving on commercial vessels during Sea Year, the report said. It noted that both male and female midshipmen were surveyed.

The AAF report stated that midshipmen were unsure of what behaviors are categorized as sexual harassment, specifically when it came to verbal conduct.

“Some midshipmen theorized that suspension of Sea Year has created a disincentive to report an incident out of concern that it would be used as a pretext to extend the suspension,” the report states.

Foxx said to Helis that sexual assault and harassment were, in fact, a problem both on campus and during Sea Year, and pushed him to “take aggressive action” to stop any denial of the problem.

“I further urge you to take aggressive action to put an end to denial and downplaying among those charged to be part of the solutions,” he said. “Those who perpetrate or condone these behaviors or look the other way must have no place at the academy, in the U.S. Merchant Marines or our nation’s Armed Forces.”

Helis  told Newsday that the inspector general’s office of the DOT “has responsibility for criminal investigations.”

If a criminal complaint is filed, Helis said, campus officials would contact the inspector general’s office, who would “normally contact the FBI as well.”

He said the academy’s director of public security would get involved with the investigation, but that it would be led by the inspector general’s office.

An academy spokesperson said Helis was in Washington, D.C., and was not able to comment.