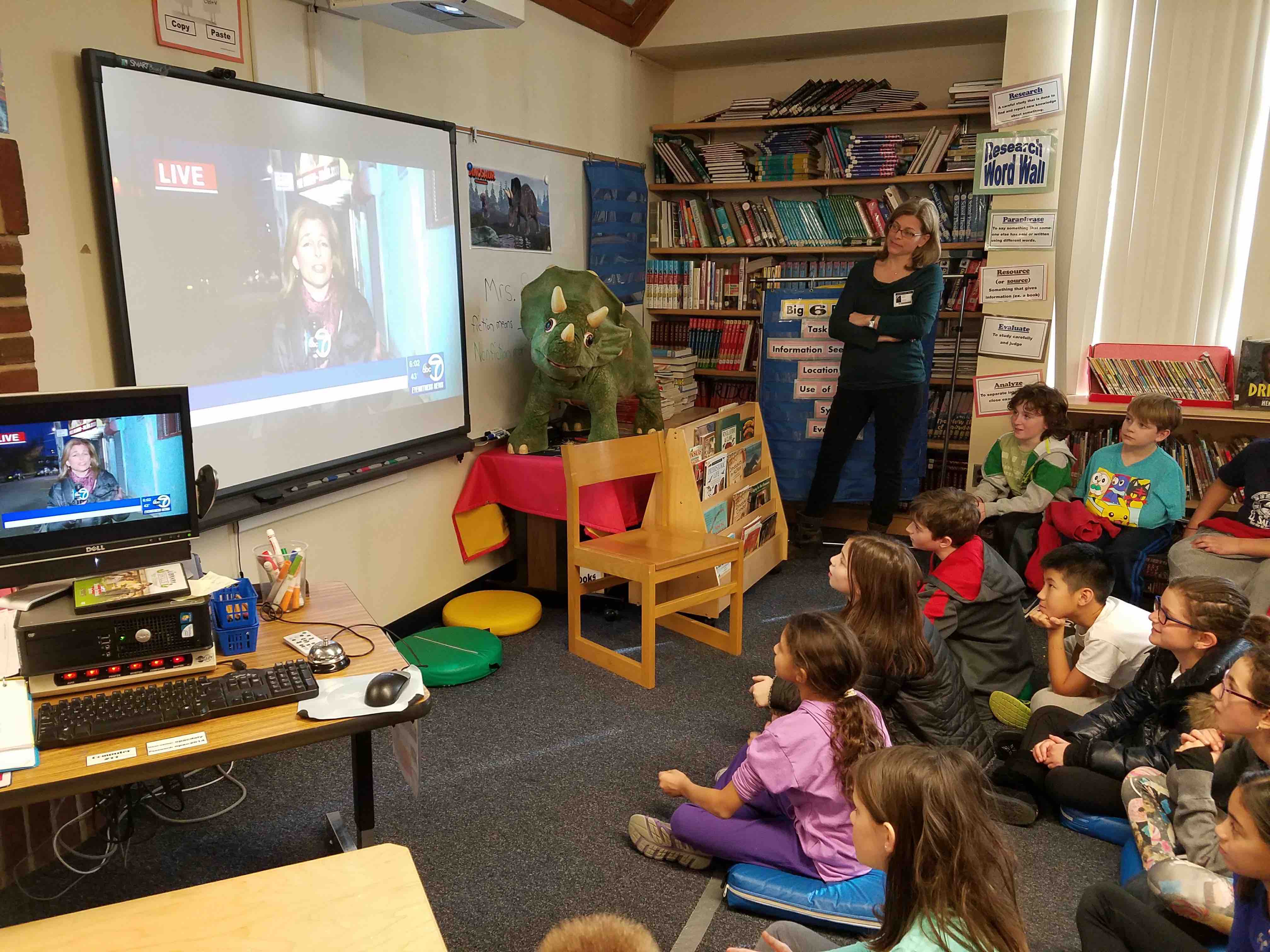 John J. Daly Elementary School students will have the chance to inform their fellow classmates of what’s going on around school with the new student newspaper, “The Daly News.”

About 40 fourth and fifth graders from Daly will collaborate on the paper, which will be a spin-off of the school’s online video newscast, according to a news release.

“This allows our students to participate in an extracurricular club and truly take a leadership role at school,” said Kim Pinto, Daly’s library-media specialist, who advises the school newspaper club.

Students will meet, brainstorm ideas and sign up for different jobs and news assignments for the he paper, which was printed once and will come out two more times this year.

“ Inspiration and developing stories also come from Pinto, principal Sheri Suzzan and interviews with other students and staff members,” a school release said.

“As reporters, they are able to contribute ideas, research, practice interviewing and enhance their writing skills,” Pinto said. “It also boosts self-esteem by helping them gain confidence and pride in their published work.”

Pinto uses writer’s planning sheets and MakeMyNewspaper.com for the content and layout, the release said.

She also taught a lesson on copyrighting and citing sources for images and information used in articles, and discussed the difference between factual reporting and original content, the release said.

Stacey Sager, a Daly parent and reporter with the Channel 7 Eyewitness News team, met with the newspaper club and discussed reporting, answered questions and gave the students of advice.

According to the release, Sager gave the “The Daly News’” first edition a “thumbs up” based on its authenticity.

The edition included an editorial written  by a fourth-grade student titled “How Students Can Make a Difference in the World,” based on school assemblies and his original thoughts, the release said.

Students provide their own photographs and original artwork as needed to support their stories, the release said.

The production of the paper’s print edition was funded by the Ed. Foundation.

“We are fortunate that through the support of organizations such as Ed. Foundation and the creativity of our staff, we are able to provide opportunities to replicate real life entities such as a newspaper,” Superintendent of Schools  Kathleen Mooney said.  “It’s also nice to hear from a prominent professional in the industry that the students are doing a good job. Kudos to Ms. Pinto and the students.”