Home News From biography to memoir 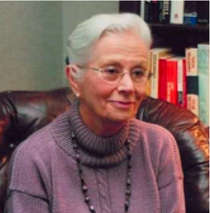 Sitting in her home in the spring of 1972, Natalie Bober was flipping through a copy of “Writer Magazine” when she came across an article on writing biographies.

The Port Washington resident said she had always wanted to write but never thought she was good enough to do it.

Bober said she showed the article to her husband who said she should pursue biography writing.

“I followed all of the steps the article outlined,” she said. “I learned how to write a query letter, a proposal, an outline and all the things you had to do to interest an editor.”

After deciding she’d write about William Wordsworth, Bober said, she sent out 22 letters to publishing houses, getting 21 responses saying it was a good idea but “American kids were not interested in the romantic poets.”

The 22nd editor called Bober and gave her a chance, saying she wouldn’t pay her until she finished the manuscript, Bober said.

With the help of a step-by-step guide to writing biographies she had found in a magazine, Bober began a career, researching and writing about the lives of poets like Wordsworth and Robert Frost and people who helped build the United States like Thomas Jefferson and Abigail Adams.

Bober, a Port Washington resident of six years, will be talking about Adams at the New York Historical Society on May 7 for the opening of its Women’s History Month exhibit.

During her career as a biography writer, Bober said, she always had the idea to write a book on the experiences of her research and writing processes, a collection of memories — not ones of the people she researched, but of her during the “adventures” she had taken into their lives.

“I thought it would be interesting for my children, my grandchildren and my great grandchildren,” she said. “These are wonderful stories I found myself telling at dinner parties and I decided to put them in a book.”

She finally had the chance to write “Adventures of a Biographer.”

She said it was difficult to begin the book, finding it hard to write about herself and put her feelings onto paper.

“I wasn’t used to talking about myself, but I felt it had to be done,” she said.

Because the Wordsworth book was written before Bober owned a computer, she said, her daughter, Betsy, typed and retyped the entire book, also growing an interest for the 19th century poet.

“She became intrigued with Wordsworth, too,” Bober said.

While spending a semester in England, studying at the University of Oxford, Betsy took a class on Wordsworth, which, unknowingly at first, was taught by Jonathan Wordsworth, William’s great-great grandson.

Bober said Betsy wanted her to experience the class with her, so she flew to England and took the class, too, even having lunch with Jonathan Wordsworth.

She included the story in her book, as well a memory of having coffee with Robert Frost’s granddaughter in San Francisco, who then agreed to write the introduction to her book, “A Restless Spirit: The Story of Robert Frost.”

Bober said her research and writing allowed her to travel often, but she grew up in New York City, raised her children in Glen Cove, returned to the City, lived up in Westchester, and, finally, moved to  Port Washington.

After Bober finished “Thomas Jefferson: Man on a Mountain,” the documentarian, Ken Burns, asked her to appear in his television documentary on Jefferson.

“I got a phone call that Ken Burns would like me to participate in a documentary he was producing on Jefferson,” she said, “and when they pulled me off the ceiling, I said sure.”

Bober was the only woman “talking head” historian in the film, appearing in six sections.

“It was just a phenomenal experience,” she said.

“Writing biographies has been a wonderful thing for me because I read a lot and learn,” she said. “I interview and people so many interesting people and get to read historical letters.”

Bober wrote a second book on Jefferson, “Thomas Jefferson: Draftsman of a Nation,” after she and President Bill Clinton discussed Jefferson’s relationship with Sally Hemings, a slave believed to be the mother of six of his children, at a screening of Burns’ film.

Burns called the book “a gift to us all.”

Bober said she can’t write biographies anymore because the research process is too much on her eyes.

She said she can no longer read books previously written on her subject or examine historical letters, like ones she read from Abigail Adams to her sisters.

Her eyes won’t allow her to do the research.

“I loved doing research,” she said. “It’s just when I’m researching, I’m learning. And there’s nothing I like more than learning.”