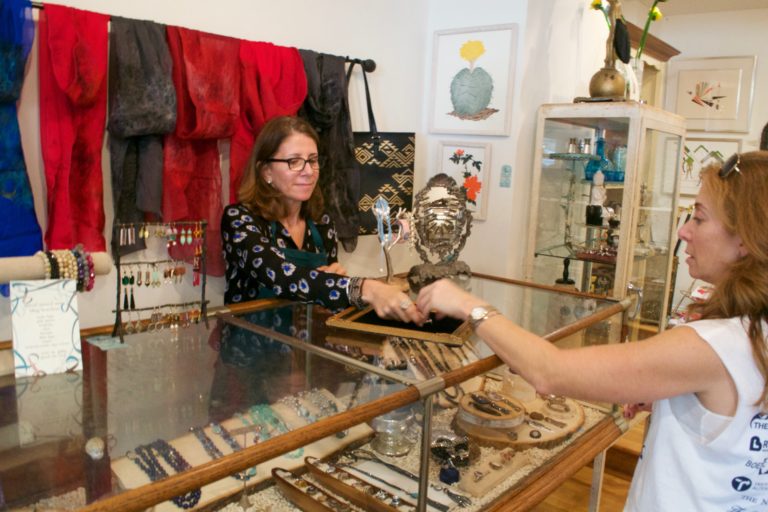 Port Washington shop Wit & Whim has racked up awards and national attention for its owner and founder, Laurie Scheinman, since it opened in 2012. On Wednesday, though, Scheinman announced that she had sold the store.

“After six turn-my-life-upside down, wit & whimsical years, it is with a bittersweet heart I am announcing I have sold wit & whim,” she said in a news release.

Scheinman founded the store as a way to support different charities. She selected the varied collection of items available for sale at the store, ranging from mirrors to jewelry. All profits from the store went to charity and Scheinman selected a different charity each month.

Among the awards won by the store were the Retailer Excellence Award, the Top 50 Retail Stars Award, 1010WINS Top 50 Businesses in New York Award and the national ICON Honor Award.

Scheinman said she will continue to run her private psychotherapy practice, which she continued to run throughout her time as wit & whim’s owner.

She was quick to stress that not much about the store will change with the new ownership. Krissy Harper, one of the new owners, was a collaborator of Scheinman’s, and Scheinman described the other owner, Jacquelyn Conte, as an “artist extraordinaire.”

“I worked here on and off for four years, helped with branding, merchandising,” Harper said.

The store will continue to sell many of the items it always has and will remain committed to philanthropy, she added.

“We are keeping the philanthropy alive through raffles and shopping events,” she said.

Scheinman also said she would still be occasionally involved in curating some special collections for the store to sell.