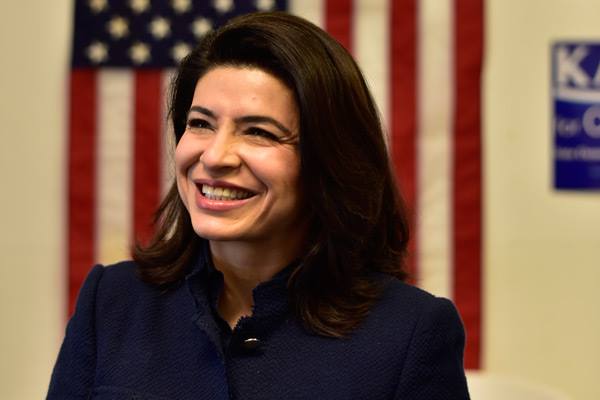 Endorsing a number of Democratic candidates in races across the country, Obama described them as “a wide and impressive array of candidates – leaders as diverse, patriotic, and big-hearted as the America they’re running to represent.”

“I’m confident that, together, they’ll strengthen this country we love by restoring opportunity, repairing our alliances and standing in the world, and upholding our fundamental commitment to justice, fairness, responsibility, and the rule of law,” Obama said on Twitter. “But first, they need our votes.”

Kaplan is among 81 candidates that Obama has endorsed so far, and one of only two candidates in New York that Obama endorsed in the “first wave” of planned 2018  endorsements.

On Twitter, Kaplan, of Great Neck retweeted the news twice with comments saying she was “speechless” and “absolutely stunned.”

“I am very humbled by President Barack Obama’s endorsement and appreciate his belief in me as a candidate,” Kaplan tweeted. “Now is the time to stand together and push back against the hateful rhetoric dominating our political culture. That’s why I’m running for State Senate.”

Phillips, a Republican and former mayor of Flower Hill, was elected in 2016 and is running for re-election.

A spokesman for Phillips did not immediately respond to a request for comment on the endorsement or whether Phillips seeks a presidential endorsement.

If Kaplan wins the election, it could help tip the balance of the state Senate in favor of the Democrats. The Senate is split 31-31 between the Republicans and Democrats.

This, in turn, could mean Democrats control both houses of the Legislature, the governorship and attorney general’s office in New York.

The other New York endorsement is Antonio Delgado, who seeks to represent District 19 in the U.S. House of Representatives.