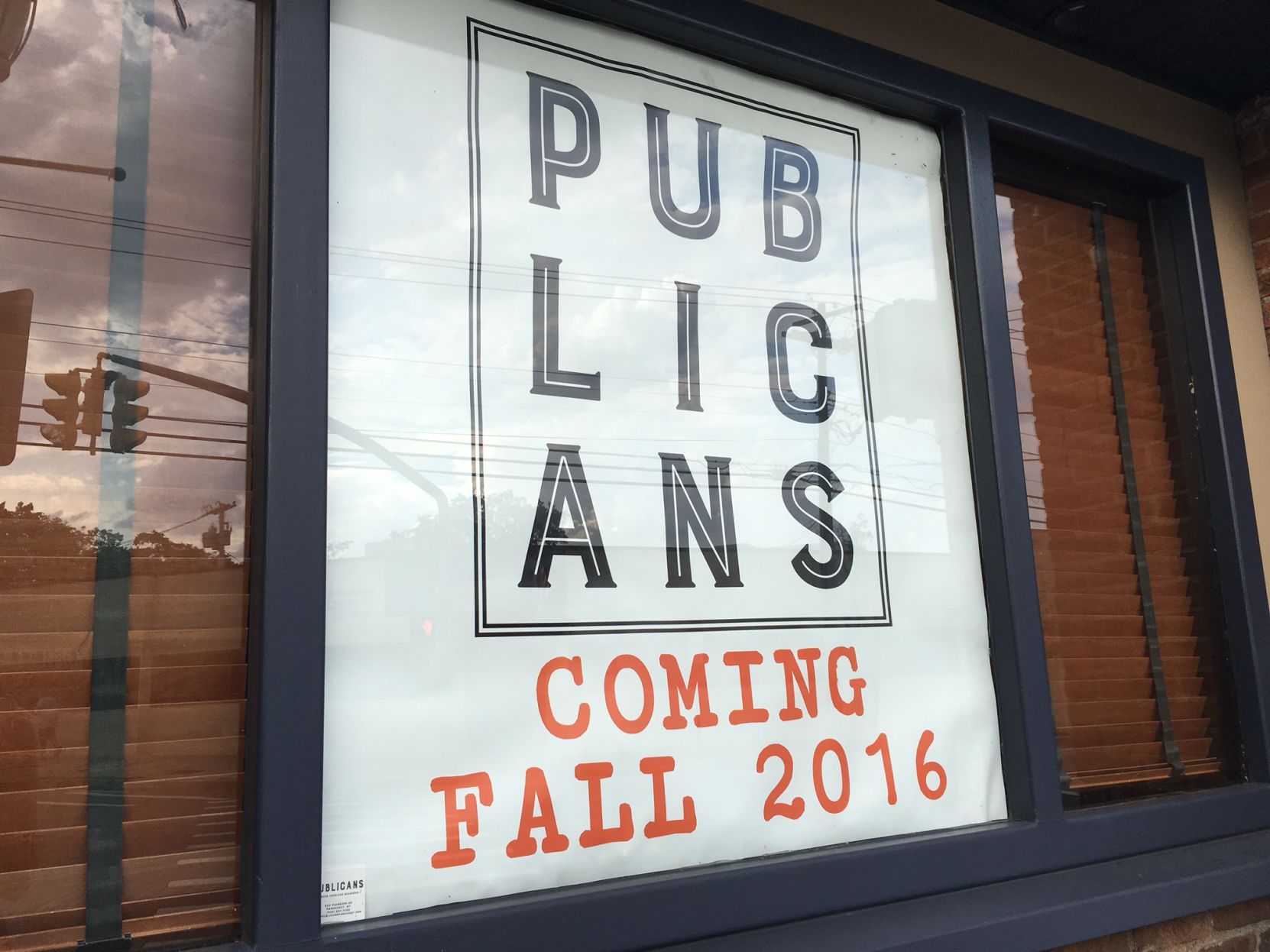 Sean Peters said he didn’t want to bring back the famous Manhasset bar Publicans without a blessing from the community.

“We wouldn’t dream of calling it Publicans ourselves,” the restaurateur said. “Obviously the name holds a lot of meaning to people in Manhasset, and we didn’t want to do it lightly.”

The Plandome Road pub became a sort of fixture in Manhasset, serving residents for more than 20 years before closing in the late 1990s. Its successor, Edison’s Ale House, shut its doors this year, and Peters along with partner Johnny Heil jumped at the chance to restore the original taproom.

During property dealings, Peters, a Manhasset resident, said they wanted to be sure it was something those connected to the bar wanted. Luckily, Georgette Schnitzer, wife of the late Publicans owner Steve Schnitzer, is Peters’ neighbor, he said.

He met with Schnitzer, and over a bottle of wine, he said they laughed and exchanged stories about the bar during its hey-day. She gave her blessing, he said.

“It’s always exciting to work on a project that so many people had a history with,” Heil said. “It makes it more than just a job.”

Beyond the bar’s tenure as a watering hole for Manhasset locals, Publicans was also immortalized as the setting of a 2005 best-selling memoir, “The Tender Bar,” by a Pulitzer Prize-winning journalist and author, J.R. Moehringer.

Heil and Peters said they were big fans of the book, which tells the story of the author’s childhood growing up around regulars of the bar, before the property came into their hands.

The two reached out to Moehringer as well, and he gave his approval of the Publicans revival, Peters said.

Right now, the bar is preparing to undergo renovations before it reopens around Thanksgiving, and Heil, of Huntington, said the design will honor the original establishment along with a few updates.

“We’re pretty excited about bringing it back to its former glory with some new finishes,” he said.

The layout will remain the same, Peters said, the main difference being that they plan to brighten the place up.

“We’re going to restore a spectacular, long abandoned skylight in the private event room, and we’re installing windows on the southern and eastern facade which will all combine to really lighten the place up,” Heil said.

The owners said the new Publicans will be a place where a family can dine.

The menu will include twists on American classics, steak for two, seafood, and a signature Publicans burger that the two owners said they worked with Georgette Schnitzer on recreating.

Heil said there was enough demand to add a family-friendly establishment to Plandome Road, and the two received a positive response from many local restaurant owners.

Heil and Peters own a handful of restaurants in New York City, Philadelphia, Wilmington, and Stamford and New Canaan, Connecticut, but they said opening Publicans has been a little different than the rest.

“It was really a passion project, as well as an opportunity to make it a place for the community,” Peters said.

As residents heard over the past year that Publicans was coming back, he said, the response has been 100 percent positive.