A Queens-based business is moving to New Hyde Park after the Nassau County Industrial Development Agency board approved  an economic development agreement.

Board members estimate the relocation project will bring a positive net impact of $653 million to the county’s economy.

The president of Keystone Electronics, Troy David, said the 60-year-old business needed to expand and considered relocation because of the difficulty of growing in the city.

Initially David looked into moving the business to South Carolina, but after approaching the development agency in 2013, he saw that the company might not have to go  far.

“My main concern was our employees, and them being able to maintain their jobs,” David said. “[The IDA] gave us some cost certainty ideas which work for us.”

Keystone will be operating out of two spaces in New Hyde Park, a 48,759-square-foot building 50 Denton Ave., and a 21,000-square-foot building at 2040 Jericho Turnpike. The renovations to the buildings are expected to generate 15 construction jobs, according to a press release from Nassau County Executive Edward Mangano’s office. Keystone purchased one building for $8.2 million and will lease the other.

Joseph Kearney, executive director of the development agency, said Keystone’s plan will last 10 years, with a fixed payment on their two buildings for seven years of $252,831 per year.

For the last three years of the agreement, the tax will increase annually by a rate of 1.56 percent. The company will have the option to apply for a five-year extension of the PILOT following the conclusion of the current agreement with  1.56 percent yearly increase in their payments.

A Keystone representative said company officials are ready to close on one of the buildings upon approval of the agreement.

In addition to provide financial incentive for companies to locate in Nassau County, the IDA also serves as liaison for  company executives, connecting them with local laborers and unions for the renovations of the buildings Keystone will occupy.

“They [offered] it in a way where I felt like I wasn’t coming here alone and I had a group to be there,” David said. “That’s important in business, it’s not always the dollars and cents of it.”

“Nassau County is no longer fighting the exodus of jobs, but rather, we are effectively competing and attracting employers back to our communities,” Mangano said in a press release. “My economic development team continues to attract employers to Nassau County where they enjoy success due to the skilled workforce, expanded housing opportunities, low crime rate and quality of life we offer.”

David said the IDA’s assistance was crucial to his decision to move the Keystone’s operations to Nassau County.

“They gave me the cost certainty and the comfort of knowing that I have someone to work with moving forward,” he said. “I feel if there are any pitfalls they will be willing to help, and I think they’re very positive towards business.” 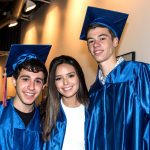 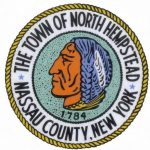