A few days have passed since the school district budget and trustee elections occurred, and now, having had a few days to begin to reflect, I will attempt to sort out some of the myriad of thoughts that have swirled about these past several weeks.

First, I wholeheartedly thank this community for all the interest that was paid to this election. There were far more voters than there had been in many past, non-bond-conflated election years, although not nearly enough of a turnout considering the size of our community.

Thankfully, the budget passed, which is important for running this district.

On a personal note, I am extraordinarily grateful to those people specifically who wrote letters to the newspaper, made phone calls, helped with designing ads, sent out emails, planted signs, wrote on social media in a variety of languages, developed internet pages, contributed both their time and record-keeping abilities, shared their ideas, plus sent in money so that we could launch and maintain running a campaign, as well as the many, many present or retired teachers and administrators, parents, students, and Great Neck neighbors who reached out to me in a nonstop steady stream, both during and after the campaign.

Thank you, all! You were energetic, dedicated, and passionate in your support and efforts on behalf of my re-election.

I would also like to thank the district clerk and all those people who worked from morning until night, ensuring that everything would go smoothly on the day of the election. With a trust in their efforts, I decided that I didn’t need to accept all the offers I received from people volunteering to serve as poll watchers, but, of course, I thank all those who offered to do so.

Personally, I even chose to vote by absentee ballot in order to avoid being seen at my specific polling place as any conflict of interest.

There were moments when I questioned the total effect this was having on our community, although my public comment that the divisions were quite concerning was actually trivialized and treated with scorn.

You all reminded me that this type of behavior was exactly why this election was so important. I can honestly say that there were only occasional instances in which this all began to resemble the Shakespearean drama of Julius Caesar, but any deceptions shown by a very small number of people whom I considered friends could be counted on the fingers of one hand and they were so massively outnumbered by all the people who came out of the woodwork with a genuine desire to help and show their unwavering support, and their gratitude for my lengthy service.

I’ve come to realize that contested elections definitely bring out the best in people’s behavior, or not, as the case may be. Maya Angelou said, “When someone shows you who they are, believe them the first time.” Lesson learned.

Regardless of whether my victory is described as an affirmation or merely a close success, the truth is that work needs to be done to sort out comments that had been made, in order to discern what changes, if any, are possible to undertake or feasible to explore, and to work on mending relationships with some particular groups.

There were a number of issues that were raised during this campaign that the administration and the Board of Education can discuss.

Again, I want to humbly thank my many friends, supporters, and all the members of the Great Neck community who voted for me, but now is the time for me to get back to work! 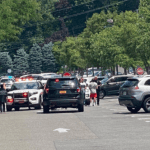